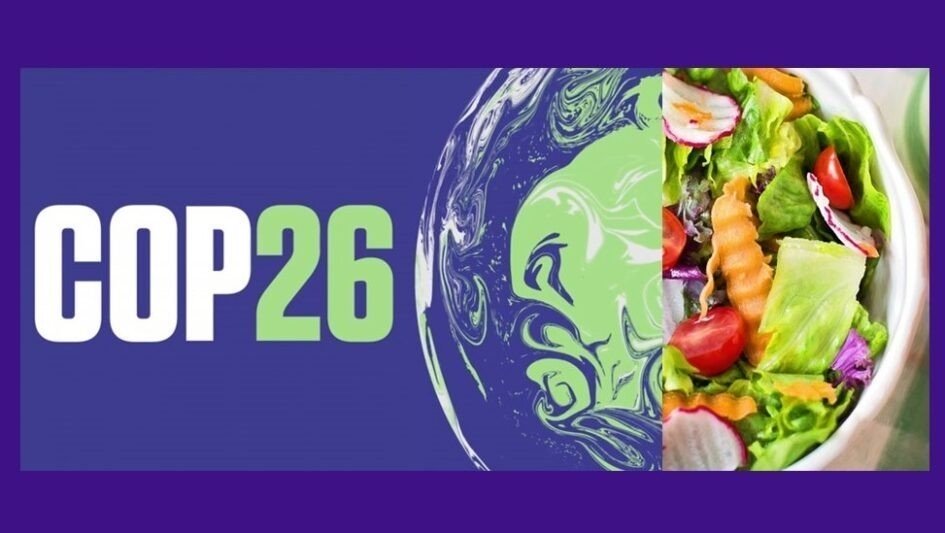 With less than a week to go before the United Nations Climate Change Conference (COP26) kicks off in Glasgow, its organizers have announced that the menu at the event will feature mostly plant-based dishes recognizing the calamitous impact of animal agriculture on global climate.

In September this year, more than 50 NGOs had sent a letter to Alok Sharma, COP26 President-Designate, urging him to remove meat and dairy from the menu and switch to 100% plant-based dishes.

Organizations such as Humane Society International, World Animal Protection, Animal Equality, ProVeg International, PETA, and RSPCA, highlighted the direct connection between animal-derived foods and climate crisis. They stated that reducing meat and dairy consumption is crucial to limit global warming as per the Paris Agreement.

According to a report published in The Guardian, 80% of the ingredients will be locally-sourced from Scotland, and the low-carbon menu will display an estimate of its carbon footprint in order to help attendees “make climate-friendly choices”.

The event has roped in sustainable suppliers including, Edinburgh’s Mara Seaweed (abundant, entirely sustainable, and does not require fertilizer, fresh water or soil to grow), and carrots and potatoes from Benzies (grown using wind turbines and biomass).

80% of the ingredients will be seasonal & sourced from Scotland, catering to a range of dietary requirements.

We are committed to making this the most sustainable COP ever, and this includes our food 🍲@SECGlasgow | #ClimateAction

Dishes that will feature in the menu include, potato, leek and rosemary chowder, smoked salmon and “a spiced mushroom and onion burger served with a vegan tomato mayo, slaw and shoots”.

Besides this, no single-use plastic will be available at the event, and organizers will serve hot drinks in reusable cups that can be washed 1000 times. This is estimated to save 2,50,000 single-use cups.

Sharma told the Guardian that the choice of food served was important. “It is exciting to see such innovation in the menus that will be on offer and to understand the thought and effort that has gone into making dishes both healthy, sustainable and suitable for different diets and requirements.”

Some items in the sample menu:

Why is COP26 important?

COP26 is being seen as the most important summit since the one in Paris in 2015, where world leaders entered into a global agreement to reduce climate change by radically decreasing greenhouse gas emissions to limit global warming to “well below 2 °C” Celsius compared to pre-industrial levels.

The Paris Agreement called upon nations to undertake transformative actions called ‘Nationally Determined Contributions (NDCs)’, which will have to be revisited every five years. The COP26 will mark the end of the first five-year period since the conference could not be held in 2020 due to the pandemic.