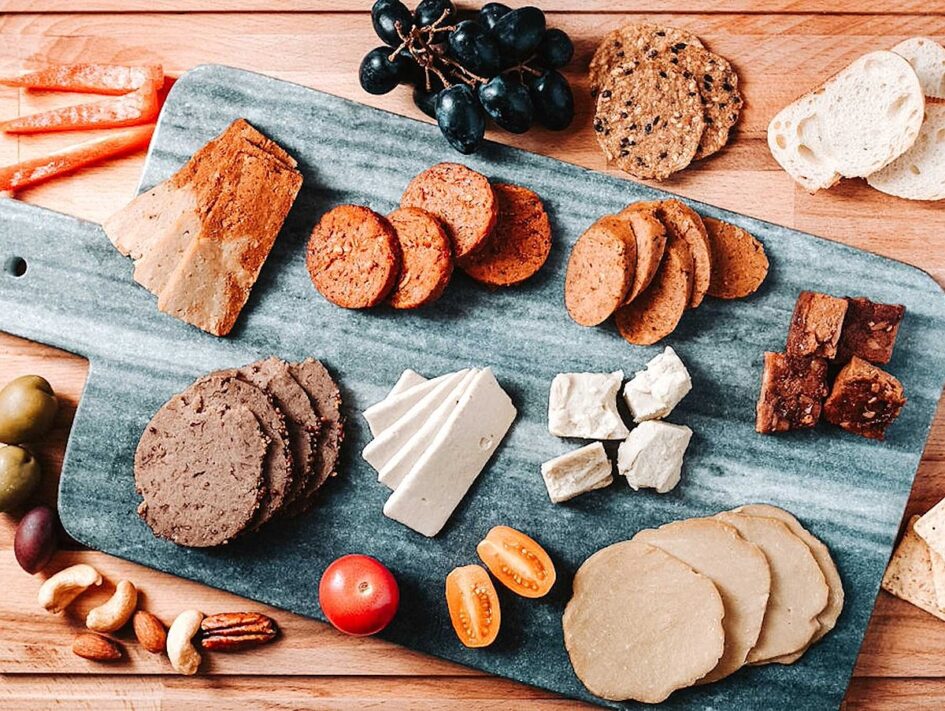 The new restaurant will feature a brunch, lunch, dinner, bar, and bakery menu alongside its signature plant-based butcher deli space. Customers will be able to purchase vegan deli meats from a classic deli case inside the restaurant. The company boasts that this brick-and-mortar location will help make vegan protein alternative more appealing to all consumers, increasing the accessibility of plant-based foods.

“Our goal has always been to make plant-based eating as easy and accessible as possible, and we realized the need for a sit-down restaurant with delicious vegan dishes,” VBG Co-founder and CEO Mitchell Scott said in a statement. “As more and more people are turning to plant-based foods, we’re excited to continue growing and opening more butcher shops and restaurants across North America. With our outdoor patio and the ability to serve an extended beverage menu including beer and wine, we’re hopeful our new butcher shop will become a local favorite.”

Founded by Scott and chef James Davison in 2016, VGB aims to provide plant-based alternatives that replicate traditional hand-crafted cheese and deli meats. The company initially sold its products across farmers’ markets before opening its flagship location in Victoria. Since then, chef Davison has developed several products across multiple food categories including pepperoni, plant-based burgers, bacon, and more.

The restaurant shares the same innovative food. Davison’s menu will include a deli case with VGB’s complete product selection, and the menu will feature innovative foods such as vegan fish and chips, charcuterie boards, and bakery items unavailable in retail. The deli case will introduce some of VGB’s newest products including the MMM…Meatballs, Flippin’ Good Burger, Cajun Bratwurst Sausage, and Breakfast Sausage.

Alongside the new storefront, the company recently partnered with Amazon to extend its product availability. The company believes that by distributing its plant-based products through the major online marketplace that it will reach significantly more consumers. Following the companies decision to partner with Amazon, its vegan burgers were ranked as the number one release in the meatless burgers category on Amazon.

“We pride ourselves on listening to our customers and are laser-focused on building a brand based on their needs and desires,” Scott said last month. “The distribution with Amazon gives us the opportunity to reach more people and homes than ever before, and we’re excited to offer a selection of our Butcher Boxes and burgers that will enable consumers to make delicious and plant-based meals for the whole family. Our main goal has always been to make plant-based eating easy and approachable, and we will continue to keep this sentiment at our core.”

The Very Good Food Company Inc. – VGB’s parent company – entered the Canadian Securities Exchange last year. The stock experienced an 800 percent growth spike within days. The company reported by the end of the year, sales increased by 582 percent as compared to sales in 2019.

“Our growth is guided by our simple mission, which is lofty, badass but beautifully simple: Get millions to rethink their food choices while helping them do the world a world of good,” Scott said. “And we are doing this by offering plant-based food options [that are] so delicious and nutritious; we’re helping this kind of diet become the norm.”

The company plans to continue expanding following the opening of its second storefront location. Consumers across North America can currently order plant-based deli meats and cheese at its website or on Amazon. Find The Very Good Butchers’ products at its store locater here.