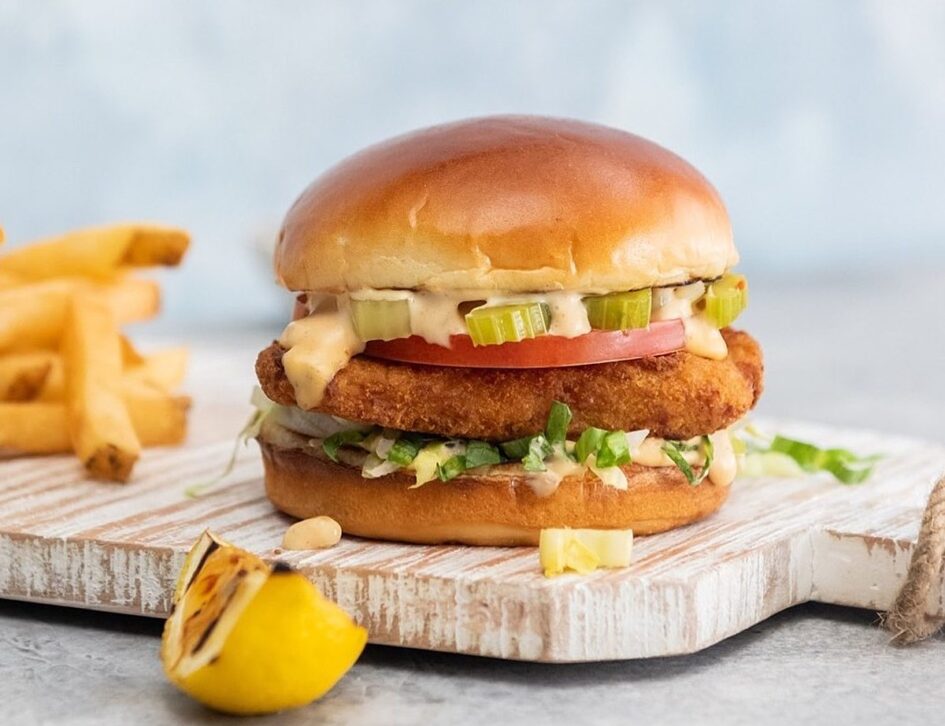 Fish alternatives seem to be jumping out of the water as new plant-based seafood products rapidly reach stores, restaurants, and plates worldwide. Companies like Gathered Foods, BlueNalu, and New Wave Foods have paved the way for the plant-based fish market, raising more than $116 million in investment capital in the first half of 2021. The Good Food Institute (GFI) just released its first State of the Industry Report for plant-based seafood. GFI conducted the research to examine the rapidly expanding seafood sector and its consumer impact.

The report details how plant-based seafood s experiencing an exponential rise, driving up investment in the sector to surpass the $90 million invested in 2020 in just the first six months of 2021. The investments come from 11 disclosed deals, but the report also notes there were four more deals where the investment value was omitted so it could be much higher.

GFI’s industry report explores the retail sales data alongside the company investments. The report highlights that the plant-based food market grew 27 percent within the US, nearly twice the rate of the total US food market. Specifically, alternative seafood retail sales grew by 23 percent from $10 million in 2019 to $12 million in 2020. The plant-based seafood market is predicted to experience a significantly higher growth rate by the end of 2021.

The report explains that the plant-based seafood category is currently an untapped sector of the entire plant-based industry, and while a few companies have started vegan seafood development, the market is predicted to see substantial growth and investment in the coming years.

Based on the current expansion rate, GFI predicts that plant-based seafood sales could increase by $221 million if the vegan category reaches the same percentage that plant-based has on the meat market. The report also notes that the alternative seafood market could see even more profits because a significant percent of seafood sales in the US come from the foodservice sector, valued at 65 percent.

“While this early growth is promising, alternative seafood remains a market whitespace, and is a fraction of the size of the alternative protein market, which is, in turn, a small slice of the overall meat and seafood market,” the report reads.

In 2019, only 29 companies worldwide offered alternative seafood products compared to the 87 companies reported in June 2021. Through the report, GFI showcases some of the leading plant-based seafood companies such as Gathered Foods’ Good Catch and OmniFoods. Good Catch – founded by Derek and Chad Sarno – recently closed a $26 million funding round intended to help develop its product selection and expand its product distribution across the world.

“Gathered Foods has a serious sense of urgency,” Executive Chair Chris Kerr said. “In each funding round, we search for value-added, strategic investors to bring the company to its next definitive milestone. In the case of our Series B, this was a focus on global supply chain and distribution, each of which will be paramount to the next phase in the company’s growth.”

Primarily known for its signature pork alternative, OmniFoods expanded its product range to include alternative seafood earlier this year. The company – owned by food conglomerate Green Monday – expanded its product selection to include two fish fillets, an ocean burger, salmon, crab cakes, and shelf-stable tuna. OmniFoods’ seafood is currently available at Hong Kong retailers and restaurants. The company has yet to announce further distribution.

“We cannot tackle climate change without addressing the destruction of our oceans,” Founder and CEO of Green Monday David Yeung said. “Overfishing and bottom trawling devastate our marine ecosystems. While conventional seafood accounts for 17 percent of animal-based protein sales in the U.S., plant-based seafood only accounts for less than 1 percent of the entire plant-based protein market in the U.S. This is why, since the launch of OmniPork in 2018, Green Monday has started focusing on seafood. The OmniSeafood series promises to not only wow taste buds, but also to awaken our consciousness toward our oceans.”