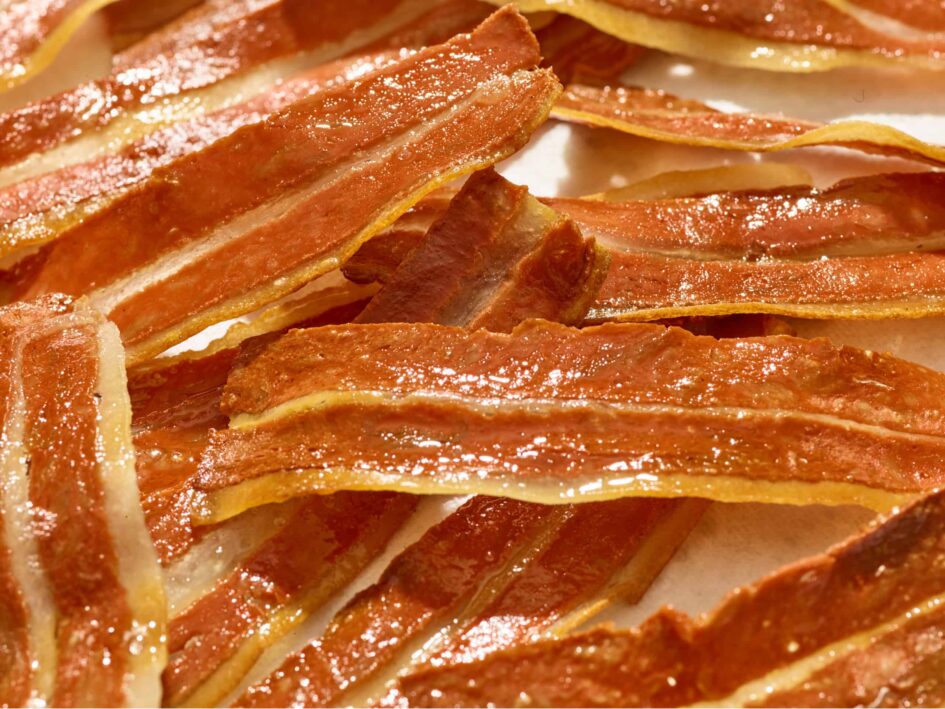 Alice Grahame, a London-based freelance journalist, , and ex BBC journalist, here talks about her experience of the recent, which was Europe’s first plant-based-only trade show, and some of the innovations unveiled at the event.

I was very excited to learn that Europe’s first-ever 100% plant-based trade fair was taking place not far from me, at the Business Design Centre, in Islington, north London. I don’t work in the food industry but as an enthusiastic consumer and passionate advocate of plant-based food, I am always keen to learn about new innovations and products. I was not disappointed: the event highlighted some exciting new developments, giving me a glimpse of how plant-based eating is becoming ever more sophisticated. It was a chance to see the massive range of plant-based foods that are already available and some that could be in the shops in the near future.

The atmosphere in the hall was buzzing. Strictly B2B, the 2000 attendees included retailers like Tesco and Ocado, caterers, distributors and investors and lots of serious discussions could be observed. Exhibitors generously plied visitors with samples: after completing a circuit I was happily stuffed with mini burgers, cones of crispy vegan fish, chewy mushrooms and skewered chunks of cheese. The focus was very much on recreating the animal part of the meal – meat, fish, cheese, eggs, and dairy, reflecting the current target market for plant-based fare: flexitarians, meat reducers and mixed vegan/non-vegan families.

“in 20 years of organising events I have never seen such an engaged and motivated audience.”

In an email, the event’s MD Jonathan Morley, MD told me the idea was to bring together the best food products and influential buyers, so they could focus their minds on all things plant-based. “I believe the quality of the products on display and the strong mix of retail and food service attendees speaks volumes for the event’s success, but for me the real story was the sheer buzz that went on throughout the two days. The noise levels were high, the level of interaction was excellent, and in 20 years of organising events I have never seen such an engaged and motivated audience.”

There were household names such as VBites, Sheese and , who are expanding their ranges. There were also some European brands new to the UK such as Spanish restaurant and vegan food producer . There was also an array of smaller independent companies with new and creative innovations that will make life easier and tastier in the near future. Here are some of the interesting game-changers that I learned about:

The plant-based whole cuts from this have been much talked about and this was a chance to see them in the flesh. Umiami has gone beyond dry extrusion and wet extrusion methods that are commonly used to make mince and small pieces and have invented a secret process to texturise plant proteins resulting in big chunky vegan chicken-style breasts. The ingredients are just pea flour, water, vegetable oil and flavourings, which can be chicken, beef or seafood, so those craving a big steak, chunky chicken breast of whole fish fillet can be satisfied.

We probably all have reasons for needing vegan bacon in our lives. For me it began at festivals in the naughties, when the sight of a kiosk selling veggie bacon rolls was a great comfort. Since then many brands made good attempts at recreating the smoky flavour and streaky appearance. Several companies have fine tuned the familiar rashers. French company , has spent years searching for the best vegetable fat to mimic the taste and behaviour of animal fat. The oil chosen gives their soy-based product, an oiliness and crackle that could likely convince some to ditch the animal version.  Nutritionally it’s still lower fat and calories than actual bacon. It is available in stores in France and likely to be in the UK and across Europe from May 2022.

Jampa’s Porky Pies have a heartwarming origin story. The owner is a former BBQ chef turned plant-based writer/presenter/consultant. He named his pies after who was put on a plant-based diet for medical reasons, leading to the transition of Richard and his wife. There are many vegan pies on the market but what marked this out was the pastry, a perfect hot water crust, which traditionally includes lard as an ingredient. Also the artisanal look and feel would make this perfect for pub lunches and deli counters.

Veggie sausages have come a long way since the dark days of lumpy fingers, with juicy sizzlers now available in supermarkets. One of the advances is the skin that mimics the animal gut or collagen and allows gives the sausage that shiny look and sizzling sound. Many veggie brands achieve this by spray coating their bangers but comes as a clear tube that the filling is squirted into. This could mark a new wave of shiny, uniform meat-free sausages on the market.

The Hong Kong company that brought us now presents a plant-based tuna. The soy-based product comes in a tin. Served mixed with mayo on a cracker, it had the right salty, fishy flavour and flaky texture. If this can reduce overfishing and marine destruction, it is a great step forward.

Made from seaweed by Danish firm Jens Moller Products, is a plant-based alternative to fish roe. Those who crave a luxury sushi or sandwich topping are in luck as this product has the bobbly texture and salty fishy flavour of caviar without the need for actual fish. It comes in three varieties: black (a substitute for lumpfish roe), pink, (a substitute for cod roe), and Wasabi. The big question on my mind – if we now have vegan cod roe, could we soon see vegan taramasalata?

If you’ve ever tried to freeze tofu you’ll know that the freezing and thawing process generally does irreparable damage. But the clever people at have now come up with a genius new product – frozen tofu! The genius element is cooking it first. It is fried and blast chilled, in two flavours, original and spicy.

the purveyors of boxed aquafaba and assorted aquafaba cakes have been working on new products including Scrambled Oggs. For this, the scientists have made a bottled liquid that can set, clump and curdle just like chicken’s eggs do. After a few moments in the pan, the yellow liquid formed a convincing coagulant, that would not look out of place on a toasted bagel.

Following on from oat milk and pea milk, potato milk is likely to be the next big non-dairy option (a big deal with Waitrose has been announced).  According to Swedish makers this is the most sustainable option on the market, as potatoes have a very low carbon footprint. It could also appeal to those addressing allergies, as it contains no soy, gluten or nuts. And of course no dairy. I sampled a drop of the barista version in my coffee and it was creamy and neutral-tasting, with no noticeable unnatural sweetness.

Could a potato-latte be available in a café near you soon?

this December and in London’s Olympia 3oth November

These Sophisticated Cannabis Recipes Will Change Your Whole Idea of ‘Edibles’