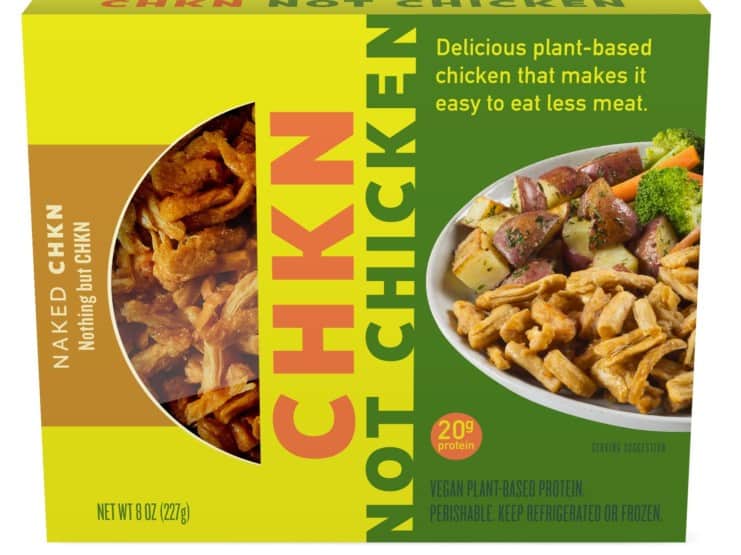 , a newly launched producer of shredded, plant-based chicken headquartered in Portland, Oregon, announced today the closing of a Series A round led by Stray Dog Capital. The round also saw participation from David Israel, Founder and CEO of vegan cheese brand .

CHKN Not Chicken reports that it took two years of R&D into its proprietary extrusion, flavor-infusion, and enrobing technology allows the product to replicate the juiciness, texture, and flavor of chicken. The company will leverage the financing to launch its product assortment into retailers across the US and expand partnerships with quick serve and casual restaurants to bring customized products into US food service.

“We are excited to partner with Stray Dog Capital and share their passion for creating a healthier, humane, and more sustainable future,” said Brian Pope. “By creating delicious food that also happens to be plant-based, we believe we can dramatically increase the number of flexitarians in the world who are becoming more mindful of the foods they eat and are looking for options that allow them to create delicious meat-free versions of their favorite recipes.”

Says Johnny Ream, Partner at Stray Dog Capital: “The team at CHKN Not Chicken has developed an amazing product, built the key infrastructure that will allow production to scale quickly, and created a brand that resonates with consumers and will help expand the plant-based chicken category.”

For more information about CHKN Not Chicken visit or follow on IG at @CHKNnotChicken.