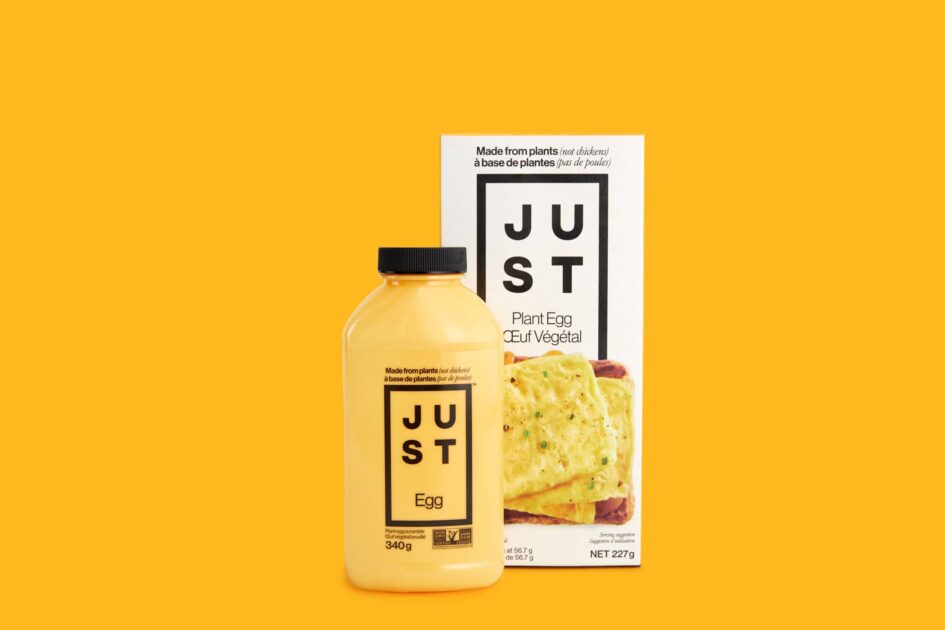 Following this week’s European as a novel protein, enabling the launch of JUST Egg in Europe in mid-2022, today announces that its popular liquid egg is launching across Canada, where according to Mintel, 55% of consumers identify as flexitarians and 62% of those plan on eating more plant-based products in the future.

Interest in plant-based products is certainly on the rise in the world’s second-largest country, where both the folded egg product which was made r and the liquid product are manufactured. Eat Just reports that Canada continues to be one of the most requested and strongest market launches for its products, and that after only a few weeks of launch, the folded egg product achieved sales velocities that took more than a year to achieve in the US market.

Speaking to vegconomist regarding the newly announced European regulatory news and the Canada launch, Eat Just’s Andrew Noyes said, “This week’s safety approval in Europe and nationwide launch of our pourable product in Canada are major milestones for our company, the food industry and, most importantly, for consumers. It means that Canadians who’ve already been enjoying our folded product for six months are now able to purchase our original pourable product and make delicious scrambles, omelets and more. It also means that Europeans who’ve been craving plant-based eggs will soon have their needs met when JUST Egg launches in key markets there next year. While 2021 has been a banner year for our brand, next year will be even bigger and we’re excited to see what happens next.”

Says Josh Tetrick, co-founder and CEO of Eat Just: “Millions of Canadians are embracing plant-based proteins for healthier, more sustainable diets and we’re thrilled to bring yet another delicious and convenient JUST Egg product to store shelves and restaurant menus across Canada. By reimagining one of the world’s simplest yet most transformational foods with plants, we’re helping consumers make smart food choices for themselves and for the planet.”

The pourable egg is rolling out now at select Loblaws, Walmart, Metro, Save-On-Foods, Whole Foods Market, Real Canadian Superstore, Federated Co-op, Provigo, Zehrs and No Frills locations as well as a number of independent grocers, with a suggested retail price of $5.99 CAD. In addition to retail, foodservice formats of pourable JUST Egg are now available to restaurants via Sysco Canada, Gordon Food Service, and other regional distributors.

For more information about JUST Egg’s availability in Canada, visit .