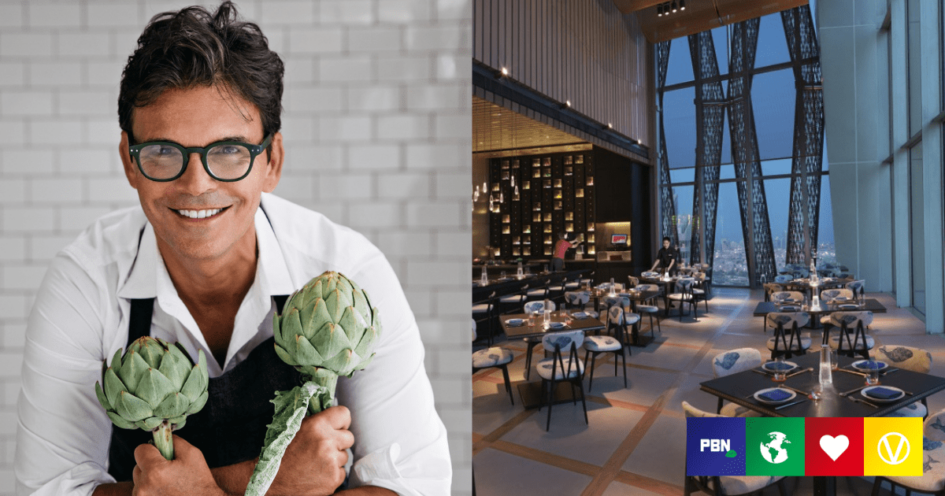 Investor and environmentalist Prince Khaled is teaming up with the internationally renowned chef and plant-based restauranter, Matthew Kenney to bring plant-based dining to Kuwait.

Now, a host of dedicated plant-based dishes are on offer at the luxury Four Seasons Hotel Kuwait.

Its mission is to offer vibrant flavors and presentation to the plate using entirely plant-based ingredients from starters, mains, to desserts.

Among the dishes is Chef Kenney’s Eggplant Caponata, including raisins, pine nuts, and capers. And, a Cauliflower Pizzaola featuring charred cauliflower, roasted chickpeas, and vine-fresh tomatoes.

In a statement sent to PBN, he added: “It sends such a positive signal to our much-valued diners.

“We have the privileged position of operating restaurants in a part of the world where our clientele is sophisticated and very aware of new trends in the dining industry.

“So, it gives me great pride knowing that we are evolving our product to meet changing needs of our much-valued guests.”

And the hotel is set to offer a host of interactive events alongside it – with a view to engaging the city and its dining community.

It’s a cookery and art space formed in the US and now available across the world.

Speaking on his Folia concept, Kenney said it marks a transition towards a ‘more sustainable future’.

Working with the team in Kuwait is ‘a dream come true’, he added.

You can find out more about Folia here