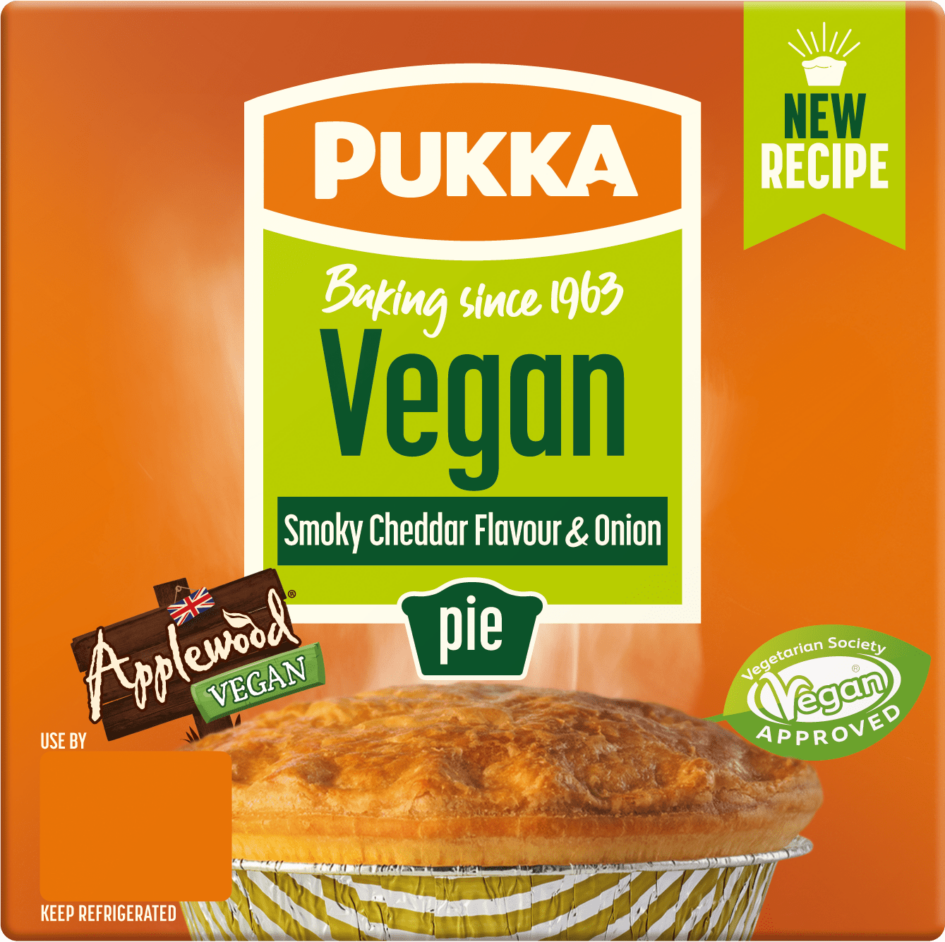 Leading UK pie brand has added a third plant-based option to its range. The company has partnered with cheese company , the makers of Applewood Vegan, to produce the Vegan Smoky Cheddar Flavour & Onion pie.

The new product contains diced onion and potato in a smoky vegan sauce made from Norseland’s award-winning plant-based cheese. The filling is wrapped in Pukka’s signature 144-layer puff pastry.

The pies are now available at Morrisons, with a RRP of £1.89. They will roll out at Tesco early next month.

It’s been just over a year since Pukka launched its , Vegan Minced Steak & Onion Pie and Vegan Chicken & Mushroom Pie. The launch was timely — a found that pies and pastries top the list of products that British consumers want to see more plant-based versions of. And at this year’s British Pie Awards, the vegan category received .

“As The People’s Pie, we’re always listening to the people of Britain – who have told us they want a vegan cheese pie recipe. Enter the newest member of our vegan family, which joins our popular Vegan Chicken & Mushroom and Vegan Minced Steak & Onion pies to bring the nation three plant-based Pukka recipes to choose from,” said Rachel Cranston, Head of Marketing and Innovation at Pukka.