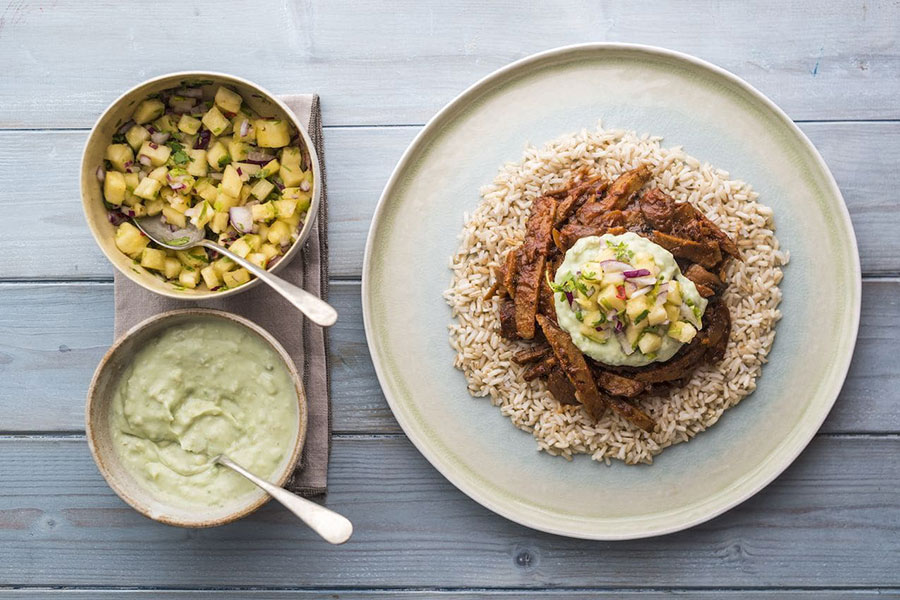 If you haven’t tried seitan before, you will be delighted with the texture and taste. Our pulled seitan vegan pork recipe uses this delicious meat substitute to create a vegan pulled pork recipe served with a salsa that vegans and non-vegans will enjoy.

Many people use seitan as a vegan meat substitute. Seitan is made from wheat gluten, which is high in protein but low in carbohydrates and fat.

It is available from health-food stores or Asian supermarkets, made with gluten protein, seitan has a texture that is similar to pork, so you will soon win over some of your sceptical meat-eating friends.

This recipe uses store-bought seitan, but you can also try making your own with our guide on how to make seitan.

Our pulled seitan vegan pork recipe can be frozen, and you can put together some quick vegan meals with leftovers or planned batch cooking in the future.