Q&A with Emma Greenwood, the Member of Youth Parliament fighting for climate change 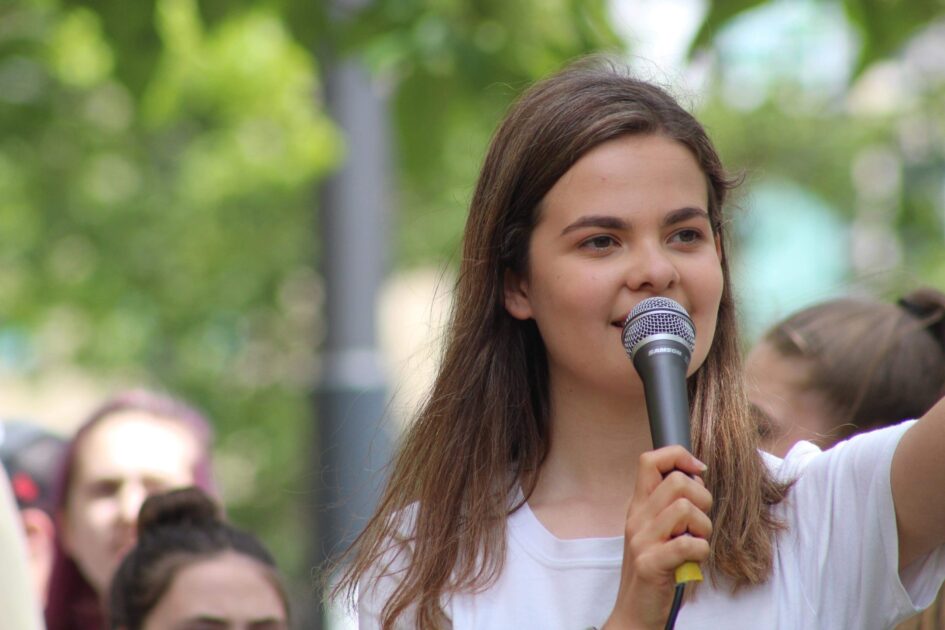 Emma Greenwood, 17, is the youngster’s voice as a Member of Youth Parliament (MYP) for Bury, Manchester. Her passion for climate and social justice drove her to politics, demonstrations, and leading Fridays4Future -the group of kids who skip school classes to protest for climate justice. Her career has guided her to speak in Westminster, talk with Greater Manchester’s Mayor, Andy Burnham, as equals and go to COP26 next week.

We spoke with the young changemaker via zoom last week. She told us what motivates her, what she wants to achieve, and what climate change means for her and her generation, and that she also loves hot food. Her parents taught her the difference between rich and poor since she was very young and made her fight for social justice.

Doubtless, she is an exceptional woman who has been missing classes on Friday for what she feels is a just cause. Now, her weeks are hectic with her duties with the local government -two weeks ago she took part in the GM Green Summit opening speech-, organising demonstrations and, obviously, with college, family and friends. 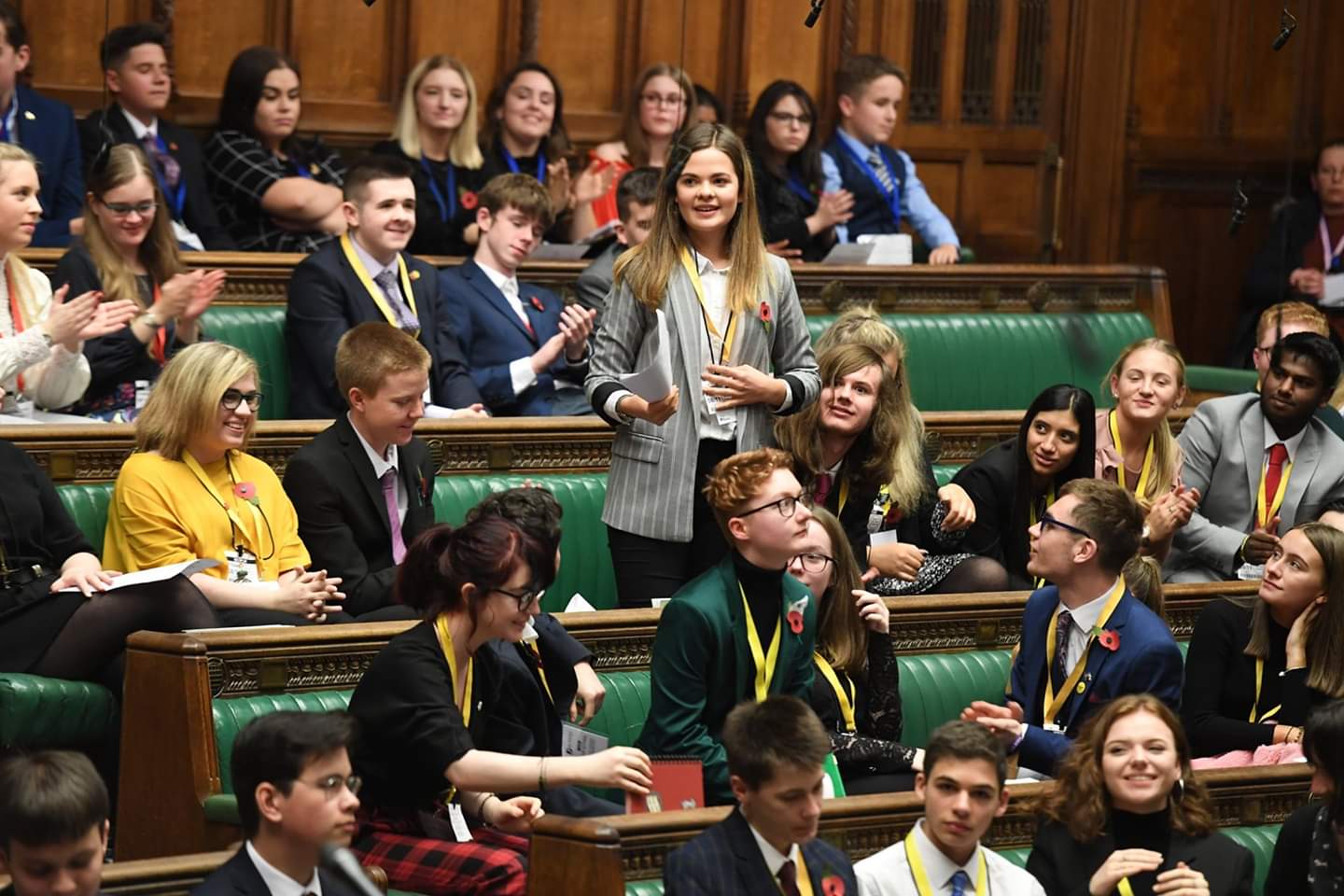 Juanele Villanueva, on behalf of TVR: Hello Emma, thank you very much for talking with us. I have heard your name here in Manchester, mostly related to climate change and activism, so can you tell me how you started your activist career?

Emma Greenwood: I’ve been campaigning my entire life. I’ve always been involved in my school eco-clubs and environmental stuff, but around February 2019, I got involved in protests, activism and got elected as MYP. It was when I saw the impact of the climate crisis on a very local scale.

I always wanted to make the world a better place, and you can do it through politics or being a public figure, and, for me, it was politics. So even though I couldn’t vote, I didn’t want it to be a limitation on me. I’ve always been a quite confident person, and I wanted to kind of try and make space for young people in a very, very adult dominated sector. I wanted to give them a voice.

Juan: You have been MYP for three years, and you have had to work with MPs from different parties. Now, looking backwards, have this changed your views on the system?

But it’s also quite difficult because there is a lot of tokenism with young voices. Although they invite us along and give you a platform where you can speak, they don’t do anything about what you say, which can be demotivating.

However, as MYP, we have to remain politically neutral across the board. For example, when I became MYP, we had Labour MP, and now we have conservative, but because I am politically neutral, it means I can work with anyone. We don’t have to limit ourselves to political parties to achieve what we want to. It means that there are a lot more opportunities open, but it is not easy to stay politically neutral when you are young and passionate.

Juan: You talk about goals. Any particular achievement you are proud of?

E.G: Most of my work is going and bringing youth voices where it was not before, so a lot is done at Greater Manchester level. There is something called GM Youth Combined Authority (GMYCA), and we try to influence what GMCAdo to make sure that young people are prioritised and benefit from it. For instance, Our Pass is something that GMYCA worked to create. 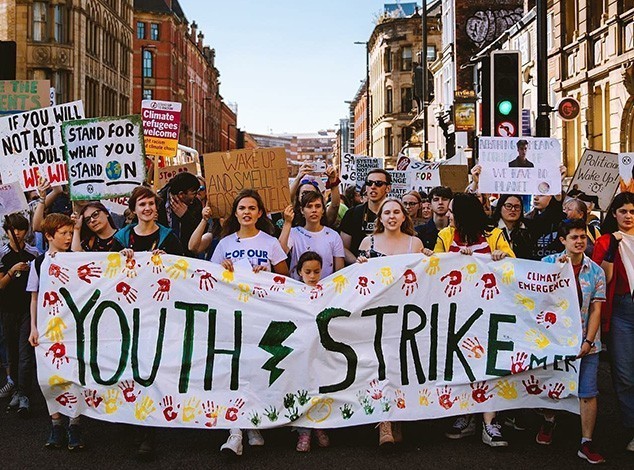 Jaun: Your flagship is that young people have to be heard in the fight against the climate crisis. Do you think it is a common fight that cut off differences and put everybody, not only in terms of ages but also race, money, or background, in the same boat?

E.G.: I think it has to be for everyone, and it’s what we are trying at the moment. To make climate activism more economically, gender and race accessible. It cannot just be a white middle-class female thing to do.  It’s really, really important getting that diversity, equality and accessibility.

Also, Social media has played a huge role. I managed to meet young people whole across the world. Maybe, at a local level, you don’t meet the same type of people with your interests and passions, but having this international network with young people who are all fighting links up.

For instance, I am vegan for climate reasons more than for ethical reasons, but I think it goes hand in hand and helps share interests with other people.

Juan: Oh! You are vegan. When and why did you do it?

E.G.: I went vegan four years ago, but it is not necessarily accessible for everyone because it can be expensive sometimes, and there is a lot of different barriers on the way. But I think to be active and try to change your diet when that comes, for instance, one day of free meat a week and working from there, adding more and more.

I would definitely encourage others to do it, especially young people who rely on what their parents give them. But now the amount of meat substitutes is incredible, so I say go out there and try things and don’t be scared or intimidated or feel like you need to go completely vegan all of a sudden from eating meat five days a week. It is just not realistic, and you can’t necessarily sustain that. I think just making these small changes that you may be completely vegan at the end, but if you don’t, it’s ok. Starting on that and experimenting and trying to reduce meat consumption is a big step.

Jaun: So, do you do it to reduce your climate impact?

E.G.: Whether you try to reduce your plastic use or public transport, young people can do all sorts of things to reduce their impact.

It’s just that sometimes it can be really overwhelming to change all at once, but it is not realistic. It pays itself in finding accessible change that you can implement and increase as your way goes along. And diet is one of the most effective things we can change.

Juan: Do you cook?

E.G.: I do cook, or I try to. I don’t have very much time at the moment, but I do like to cook. I like Mexican food, whether it is beans, chilli, enchiladas, burritos. I love species. The spicier, the better. I have a very, very high spicy tolerance.

Juan: COP26 is taking place right now, and for many, it is the most important meeting in a decade.

E.G.: Covid, in a sense, has taught us how important international agent and work is because the pandemic is a problem internationally. So we’ll use what we have learned from the pandemic to go into the COP and go with an international approach, and I think there are more possibilities than in the past.

Unfortunately, the first week I have exams at the college, and I can’t attend, but the second week I have a pass for the blue zone where all the big stalls are. I will be there the full second week and get to meet all those youth activists that I have spent months on zoom with. What is very exciting.

TVR: What have you planned on these weeks?

E.G.: In Manchester, we have a huge demonstration on Friday 5th with Fridays4Future and another one on Saturday. I will be taking part in them. I’m helping to coordinate the one on Friday, and on Saturday, I will be opening with another adult activist from the speakers.

And then going to Glasgow. It’s gonna be a busy, busy week with so many events. There is so much to learn. I don’t know that much about the climate crisis as a whole. I am just 17, and I do not have a PhD or anything, so it’s going to be a good opportunity to meet first-hand climate scientists and companies about the innovative solutions are and the science behind them. I am excited to be among people who are working for the same thing.

Juan: Fridays4Future has been related to XR and non-violent action, but at the same time, you are an MYP. So, how do we achieve changes through protest or through diplomacy?

E.G.: A bit of both, I think. A lot comes from the parliament, so we have the Environment Bill going through at the moment, but we need a lot of public pressure on MPs to pass that. The more public pressure, the more awareness, the more people speaking about it, and MPs getting written about it, can have huge consequences.

Companies, such as Amazon, have made a lot of money out of the pandemic that they can invest in climate solutions, but they just choose not to. So that’s need to be a Government role in making these companies invest in sustainability because, at the moment, it is still a choice.

Juan:  I see you are a committed young girl. You finish your MYP in February. What is going to be your next step?

E.G.: Just carry on and hopefully maybe get different spheres and look for new things, as I have not been able to be political in the sense of Youth MP. I don’t think I necessarily want to strongly affiliate with a party, but I think I want to get more involved in the root organisation of it. I may stop being youth mp but, I will carry on doing work locally politically, definitely.

ROUND OF QUICK QUESTIONS:

Any activity you join with? I like to run; it helps me with anxiety and stress and allows me to spend time in nature.