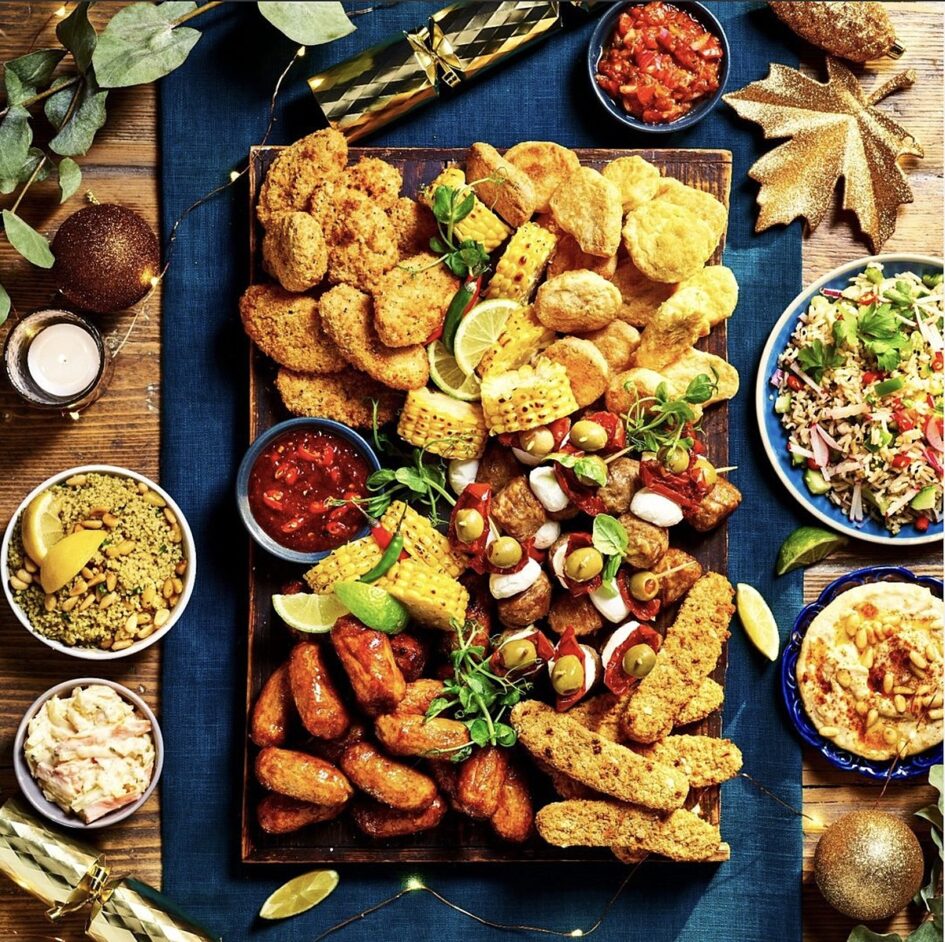 Back in 1985 when Quorn first launched in England, the company defined plant-based innovation by introducing realistic alternative proteins made from mycoprotein made from fungi, a plant-based chicken alternative that caught fire with a new vegan food scene. Back then the word plant-based wasn’t even used; you were either vegan or vegetarian, and Quorn, which makes products with and without egg whites (check the labels) created a life-like chicken that no one could believe didn’t contain poultry.

Using mycoprotein allows Quorn to perfectly replicate the taste and texture of traditional chicken, but healthier. The fermented protein provides nutritional benefits without the animal fat – while maximizing the amount of protein in every serving. The company also markets its mycoprotein products as adaptable to different recipes and cuisines, perfect for food service.

“Quorn products are versatile, convenient, and taste great thanks to mycoprotein, so you can choose to eat it everywhere, from at home with your family to restaurants,” the company said. “The new Culinary Development Center is intended to help us expand on these relationships and is designed to replicate QSR stores, encouraging easy collaboration between potential partners.”

The new vegan wings will be featured in Quorn’s Vegan Takeaway range – a selection aimed at replicating restaurant products. The vegan Mini Fillets will feature the mycoprotein chicken marinated in jerk sauce or sweet chili sauce. The company suggests that the mini-fillets be used in salads, sandwiches, and wraps.

The Bites will feature a unique-to-the-market product. The fried mycoprotein balls will contain a creamy garlic and herb sauce or a mild korma curry. The bread-coated balls will feature a chicken-like texture, complemented by the company’s special sauces.

Since its founding, Quorn has expanded to reach 14 countries, looking to continue its expansion in the near future. The company aims to dominate the rising plant-based chicken market as more alternatives enter into the vegan category. Quorn intends to focus its expansion in the United States, where it opened a Culinary Development Center in Dallas, Texas.

“We want to be the king of [meat-free] chicken,” Quorn President Judd Zusel said to Food Navigator. “We have the best nuggets in the market and really mycoprotein is our secret sauce because it mimics chicken perfectly. When you look at the cells of a mycoprotein product next to a chicken product, they’re almost exactly the same, and that really sets us apart from the competition, which is still mostly soy-based.”

The brand believes that its mycoprotein chicken surpasses its market competitors, bringing a protein source that is unmatched to the plant-based chicken competition. The new facility in Dallas will allow the company to enhance its fermented protein production and eventually increase its distribution capabilities. The culinary research facility is specifically designed to prepare Quorn products for foodservice from quick service to fine dining.

Quorn’s central ingredient, mycoprotein, sets the company apart from its competitors, offering consumers one of the healthiest and cleanest protein-source. The fungus-based protein is high in protein, high in fiber, and overall an excellent source of key nutrients. The ingredients are also low in sodium, cholesterol, fat, and sugar. The protein alternative is also extremely sustainable to grow, taking less than 24 hours to fully grow the mycelium product in a fermenter and subsequently harvest it.

Quorn aims to use its commercial uniqueness to enter an already saturated vegan chicken market. The plant-based chicken industry is growing at nearly 18 percent a year compared to the animal-based poultry 4 percent, according to a recent report from SPINS. The vegan chicken brand intends to double its efforts within the US to ensure it capitalizes on the growing consumer interest in alternative chicken, and specifically,  more sustainable protein sources.

“There’s going to be a significant amount of money comping to the US organization, which will allow us to increase innovation, expand our marketing budgets, hire more people, and fund our new culinary center in Dallas, so we’re really excited about where we’re headed,” Zusel said. “The US meat alternative space is worth $5 billion and we’re positioned very well to take advantage of that.”

Five Former Veganuary Participants on What They Wish They’d Known

Babybel Launches Vegan Mini Cheese Wheels for Veganuary. Where to Get It