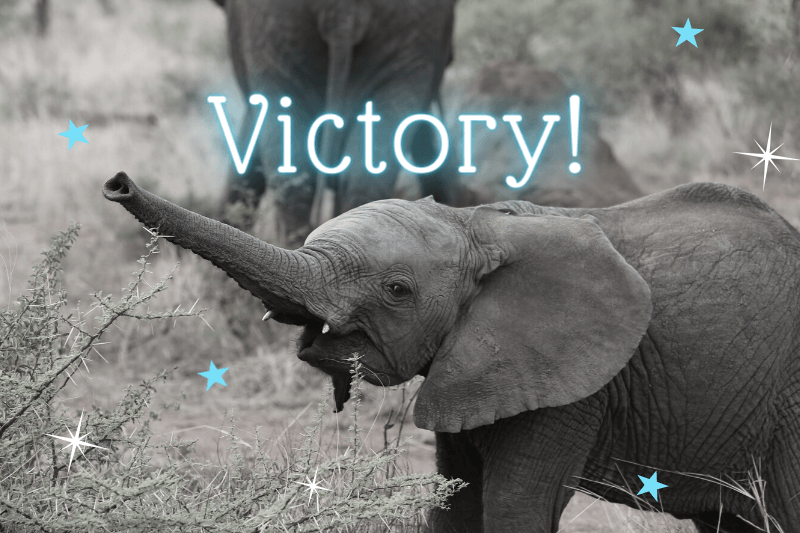 Phuket Zoo—which has been described as hell on Earth for animals—is finally closing down because of financial concerns. The elephants will soon be retired to sanctuaries where they will get the care they always deserved. Two bears who have been held there will travel to their new sanctuary homes beginning next week. Eleven tigers will also be heading to a sanctuary, thanks to Wildlife Friends Foundation, and it will be the largest single placement of tigers at a sanctuary in Thailand’s history. 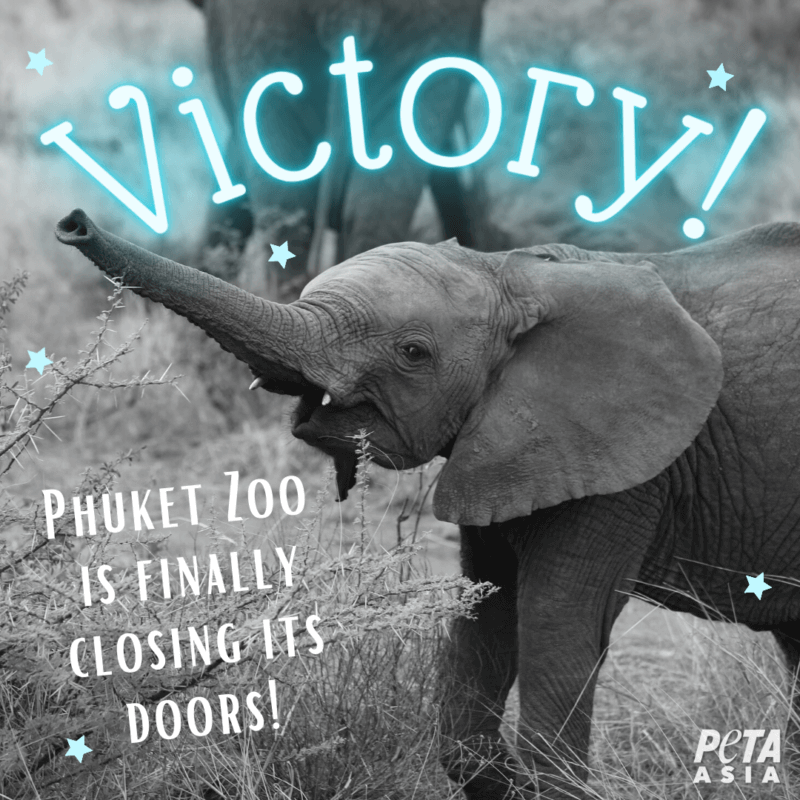 Video footage captured by Moving Animals in 2019 exposed that workers at Phuket Zoo beat elephants with bullhooks—metal rods with a sharp hook on one end—to force them to “dance” and perform other meaningless tricks for visitors.

Not long after the footage was released, one of the elephant’s back legs reportedly broke while he was doing a trick, and it was three days before he was taken to a veterinary hospital, where he died a week later. 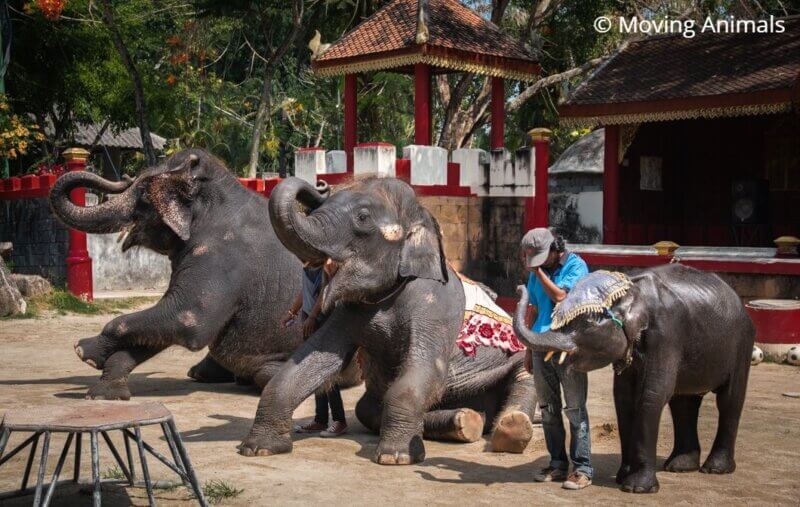 Footage of a tiger who paced in circles on a small platform all day was also captured at the zoo. The heavy chain around his neck was so short that he could barely lift his head. Often, tigers are drugged and declawed so that tourists can take selfies with them without worrying about their safety.

Sadly, this is not uncommon in Asia, where more than 8,000 tigers are held in captivity and forced to pose for selfies. To end such cruelty, it’s vital that tourists never pose for a selfie with animals or visit facilities where animals are held captive.

All over Asia, animals are being taken from their homes in nature and held captive, deprived of the opportunity to satisfy their fundamental needs. The closing of Phuket Zoo is a huge victory for animal welfare, but so much more still needs to be done to help captive animals in Thailand.

In Bangkok, hundreds of animals are kept at Pata Zoo, located at the top of the Pata Pinklao Department Store, without basic enrichment. Bua Noi, a lonely gorilla, has been imprisoned there since the 1980s.

Roadside Zoos and Exotic-Animal Breeders Make a Killing at Auctions