Remembering Desmond Tutu, Tireless Champion of Animals and Others 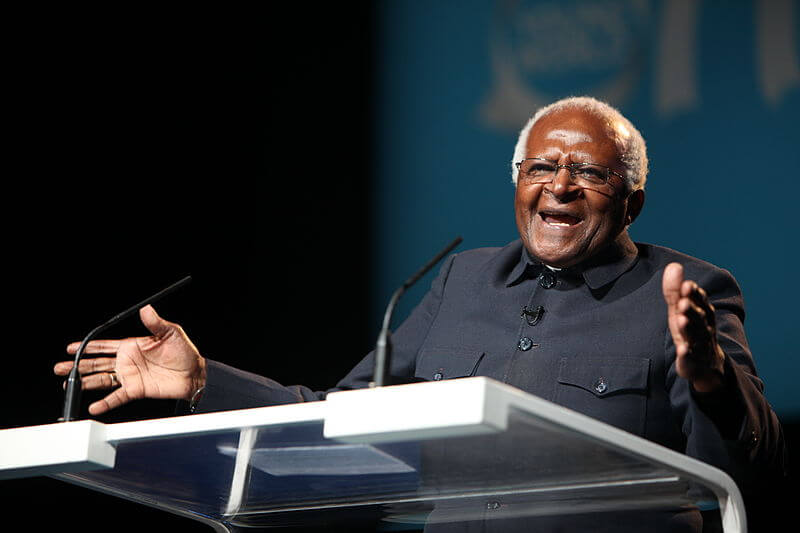 A single quotation can hardly summarize the enormous and rich legacy of Archbishop Emeritus Desmond Tutu, but he may have come closest when he said, “If you are neutral in situations of injustice, you have chosen the side of the oppressor. If an elephant has its foot on the tail of a mouse and you say that you are neutral, the mouse will not appreciate your neutrality.”

Archbishop Tutu, who received the Nobel Peace Prize in 1984 for his opposition to South Africa’s despotic apartheid regime, devoted his life to the front line—a commitment that included justice for blacks, gays, poor people, and, yes, animals, too.

In his foreword to The Global Guide to Animal Protection (2013) by Andrew Linzey, Archbishop Tutu made a compelling case for including animals on our moral radar:

I have spent my life fighting discrimination and injustice, whether the victims are blacks, women, or gays and lesbians. … But there are other issues of justice—not only for human beings but also for the world’s other sentient creatures. The matter of the abuse and cruelty we inflict on other animals has to fight for our attention in what sometimes seems an already overfull moral agenda. It is vital, however, that these instances of injustice not be overlooked. I have seen firsthand how injustice gets overlooked when the victims are powerless or vulnerable, when they have no one to speak up for them and no means of representing themselves to a higher authority. Animals are in precisely that position. Unless we are mindful of their interests and speak out loudly on their behalf, abuse and cruelty go unchallenged.

Despite being exhausted from all the demands on him, Archbishop Tutu took the time to write about how inspiring he found PETA president Ingrid Newkirk’s book One Can Make A Difference, not just Linzey’s.

Although they have wants and needs of their own, animals are often treated as nothing more than test tubes, hamburgers, and cheap burglar alarms. Instead of being allowed simply to live their lives, they’re forced into performing demeaning stunts, chemicals are dripped into their eyes to test mascara, and their skin is torn off their backs to be used for clothing.

Speaking at World Compassion Day in 2012, the Dalai Lama said about animals, “We should treat their lives with respect.” In his 2015 encyclical, Laudato Si’, Pope Francis called for forcefully rejecting “the notion that [being] given dominion over the earth justifies absolute domination over other creatures.” And in Letter From a Birmingham Jail, Dr. Martin Luther King Jr. famously wrote, “Injustice anywhere is a threat to justice everywhere.”

Desmond Tutu’s life was a testament to all those principles, and his wisdom, courage, and all-encompassing mercy and understanding are a great loss to the world

We can honor him by speaking up for animals, too.