Report: Corals Are Coming Back (Slowly) 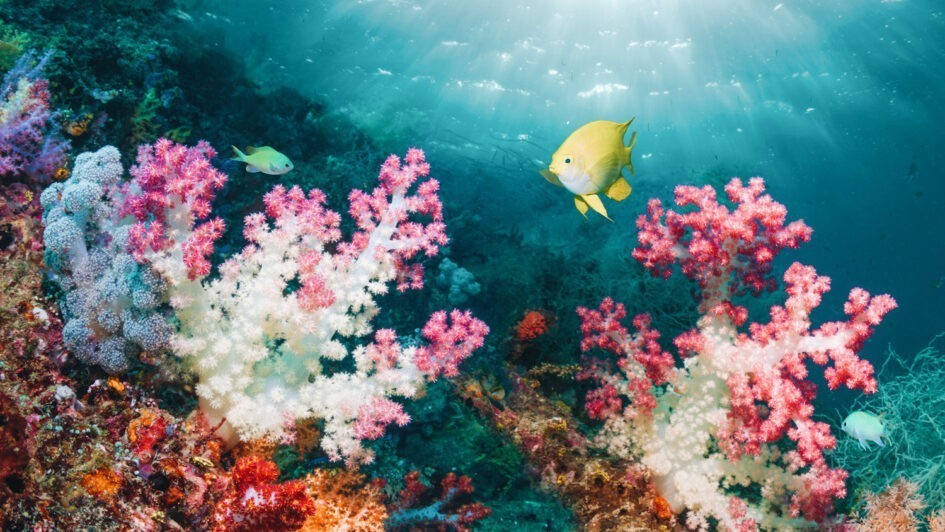 A new status report confirms the huge negative impact of the climate crisis on coral around the world, but it also documents the remarkable resilience of certain reef systems. Is this cause for hope?

Status of Coral Reefs of the World: 2020 is the sixth report produced by the Global Coral Reef Monitoring Network (GCRMN). It provides the most comprehensive analysis of global coral reef health to date, drawing on 40 years of data from 12,000 sites in 73 countries.

According to this analysis, the world lost 14 percent of all corals between 2009 and 2020. That’s more than all of the living corals currently in Australia. Repeated mass coral bleaching events have occurred with such frequency that reefs have been unable to fully recover.

However, 2019 also saw a two percent recovery of coral cover, indicating that reef systems remain resilient and could be saved if pressure on them was eased. They could potentially even recover to pre-1998 levels within the decade, providing the world takes immediate action.

In addition, the report found that East Asia’s Coral Triangle—the global center for reef biodiversity, which accounts for over 30 percent of the world’s coverage—has been impacted less by rising sea temperatures than previously thought.

While there have been confirmed fluctuations in recent years, the reefs have, on average, more overall coverage than they did in 1983 when data was first collected from the region. They also showed an increase of eight percent between 1983 and 2009.

“This does provide a ray of hope for coral reef ecosystems,” says Gabriel Grimsditch, a Marine Ecosystem expert at the UN Environment Programme (UNEP), which supported the report. “The Coral Triangle area contains the largest number of coral reef species, and Southeast Asia is the region with the largest area of coral reefs.”

The increasing coverage documented by the report does indicate that some coral reefs can be naturally resilient to climate change to some extent. However, it’s important that this is not interpreted as cause for complacency. Globally, reefs do need additional protection and management moving forward, and the other data contained in the paper confirms this.

Professor Julian Clifton, Head of the University of Western Australia’s Department of Geography and Planning—and co-author of Marine Research and Conservation in the Coral Triangle—also urged caution in the face of the new analysis’ mixed results.

“I am not certain the report demonstrates evidence of resilience,” he explained, citing the lack of consistent monitoring since the 1980s, along with the risk of extrapolation from a relatively small selection of sites. “It is therefore not possible to conclude that this region evidences greater resilience.”

Coral reefs are an integral part of environmental health

Global coral systems are so important to the health of their ecosystems that they are frequently referred to as the ‘rainforests of the sea.’ Despite covering just 0.2 percent of the total seafloor, coral is responsible for 25 percent of all marine biodiversity.

Coral is frequently mistaken for rocks or plants, but in reality, reef structures are composed of small, invertebrate animals called polyps. They are comparable to anemones and absorb food by capturing and digesting prey (plankton) or by partnering with tiny, sugar-producing algae.

The EPA estimates that around half a billion people depend on coral reef ecosystems for a combination of food, income, and coastal protection. The living structures also buffer the seashore against a huge 97 percent of ocean energy from waves and storms.

“The loss of coral reefs can have wide-ranging environmental and socio-economic impacts,” said Grimsditch. “Potentially making them less valuable for the people who depend on them, as well as increasing the potential for extinction risks of coral reef species.”

Mining, pollution, and the fishing industry are all contributing to dying reefs, but the primary cause of damage is bleaching—a direct result of climate change and rising sea temperatures.

As noted by the new report, the majority of coral has little time to recover after mass bleaching events, causing steady deterioration. Deep-sea reefs, in particular, could take thousands of millions of years to recover due to their slow-growing longevity.

Clifton observed that further coral reef loss would have a “profound” impact on marine ecosystems, impacting biodiversity throughout the food chain. This in turn will impact the food chain, coastal communities, and even carbon sequestration through failing seagrass meadows.

“With more frequent bleaching events predicted due to increasing temperatures, there will be less and less time for corals to recover,” added Grimsditch. “Coral reefs are thus ‘canaries in the coalmine’ for ecosystem collapse due to climate change, and a warning to the world of the impacts of increasing temperatures.”

What can we do about it?

Coral has been on earth for approximately 500 million years, but UNEP predicts that up to 90 percent of all live coral could disappear by 2050, less than 30 years away, due to human-caused global warming. Scientists even believe that the vivid colors adopted by certain types of coral are actually a defense mechanism against climate change.

Ensuring that your lifestyle has a minimal negative impact on the marine environment and the climate is one of the best ways to support global reef coverage day-to-day, and recycling effectively, cutting back on plastics, conserving energy, and eating less meat (particularly seafood) all have direct and tangible, positive effects.

Experts agree that, while there is undeniable power in an individual’s choices and actions, responsibility for protecting the world’s oceans ultimately rests with legislators, governments, and companies contributing the most to global warming and environmental destruction. Writing to politicians and lobbying them to make changes shows them that the public cares about these issues and encourages them to make positive choices.

Clifton specifically noted that there is enormous potential to reuse redundant and abandoned offshore structures such as oil and gas platforms as artificial reefs, which can help to offset the ongoing loss of natural reefs elsewhere in the world. (Similar concepts also exist for the countless abandoned and derelict buildings of the world.)

Organizations such as the Coral Reef Alliance, the Coral Restoration Foundation, Ocean Conservancy, and Oceana all carry out valuable marine conservation work. You can also learn more about rig-to-reef programs here and here.

The Porsche Among Extruders is Coming…