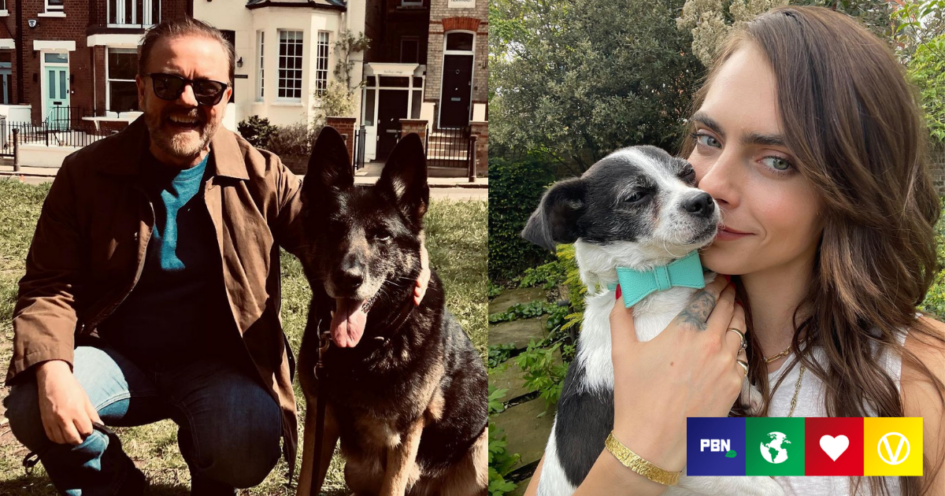 Ricky Gervais and Cara Delevingne are among a slew of celebrities and environmental experts joining a campaign to save animals and tackle the climate crisis. Rewriting Extinction launched earlier this year, and is comprised of projects from leading environmental organizations including Greenpeace and The Wildlife Trusts.

As part of the campaign, Gervais – the latest celeb to sign up – co-created a comic about bullfighting with artist Rob Steen.

‘A beautiful animal, literally tortured to death as entertainment. Psychotic. F*ck anyone who enjoys or defends it’, it reads.

The campaign stretches over 12 months. It’s been created to fund seven projects to save as many species ‘as humanly possible’.

According to The Guardian, founder Paul Goodenough plans to raise a total of £1 million. He said the solutions can’t be provided by the NGOs behind each project, hence the united approach.

Goodenough added: “Extinction Rebellion might say one thing, Greenpeace or WWF say another. So, often people don’t know where to put their money and time. I knew lots of people who were experiencing donor paralysis.

“So now, we’re trying to talk to the general public. Entertain them and inspire them to take action in the same way that Comic Relief and Children in Need do.”

You can find out more about Rewriting Extinction here