Salt Is Higher In Plant-Based Meat Alternatives, Study Claims, But What About Meat? 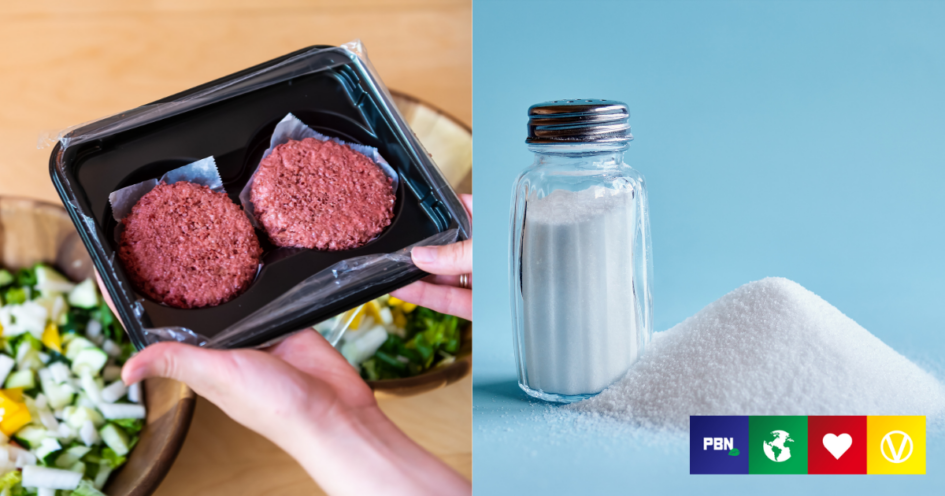 And while the plant-based options boasted better nutritional profiles over their animal counterparts, the authors say more needs to be done to reduce it.

However, meat categories had a widely “less favorable” profile overall in the research.

Over 207 plant-based products were assessed, and 168 animal products including meatballs, mince, sausages, burgers, and more.

Among the alternatives observed were those available from Aldi, Lidl, Morrisons, Tesco, Sainsbury’s, and Planet Organic.

On the whole, energy density and fat were significantly lower in the meatless section.

But salt was far higher for plant-based alternatives – and this was across five out of six categories.

However, the meat products had more than twice the amount of saturated fat over the vegan options. This was four times higher in the meat-based burger section.

Currently, the UK recommends the maximum salt intake as 8.4g a day. Additionally, most of the salt the population consumes comes from manufactured food, the researchers note.

This is in the recently published Nutritional Quality of Plant-Based Meat Products Available in the UK: A Cross-Sectional Survey.

The study’s objective is to compare the nutrient content of the plant-based options against corresponding meat products. In particular, it looked into nutrients important in disease prevention.

Each option was given a score based on the UK’s Nutrient Profiling Model. If a product received four or more points, it was classified as being high in fat, salt, and/or sugar. If it got less than four, it was deemed “healthier.”

As more people turn to plant-based meat, their ingredients are questioned. In many cases, they are defined as ultra-processed and demonized for added flavors or emulsifiers.

But in others, they are praised for boasting high fiber and protein. For instance, in this study, the authors note that there is “no evidence” of a link between obesity and plant-based meats.

Ultimately, researchers called for more to be done to lower overall salt content, especially as plant-based meat is a “rapidly” growing category.