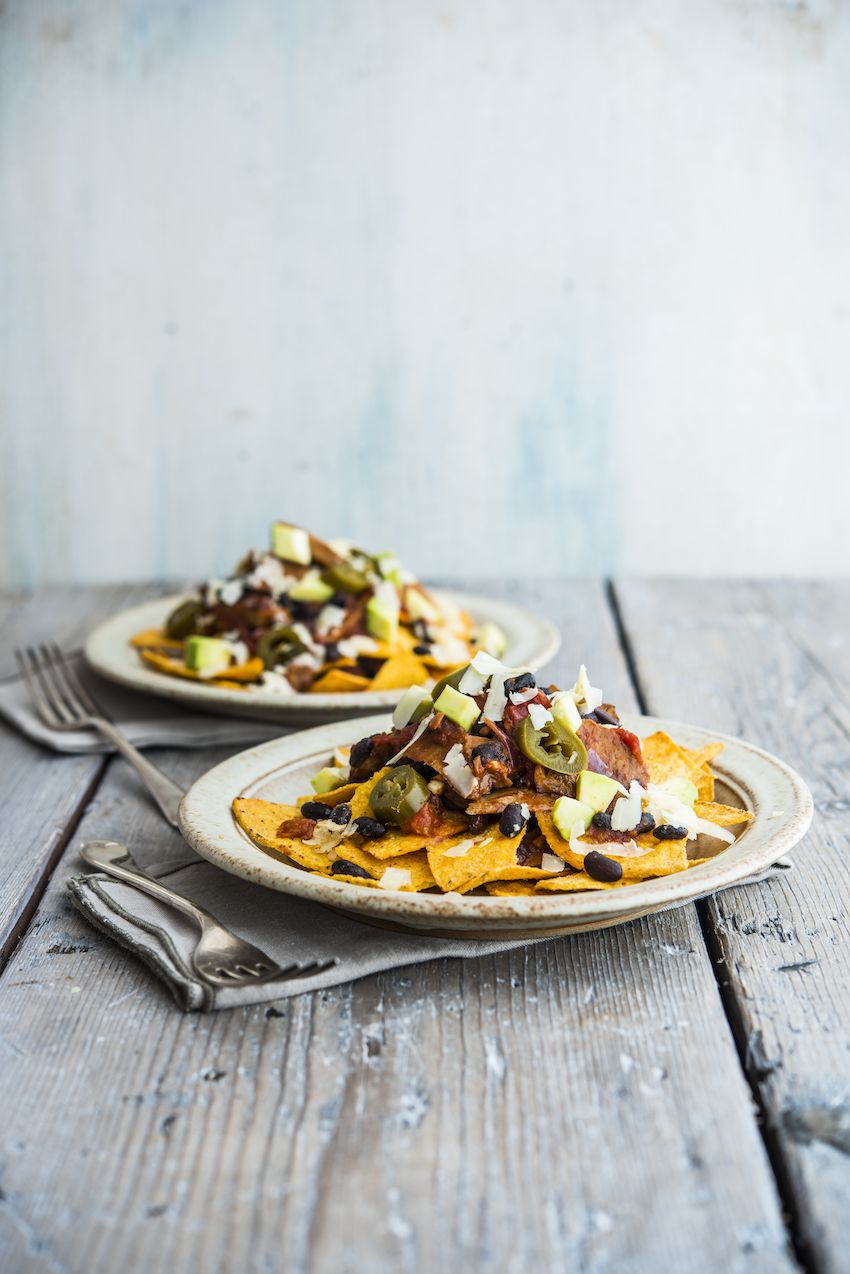 This vegan nachos recipe is loaded with texture and flavour as it’s piled high with high-protein black bean chilli, vegan cheese and served with avocado.

The black bean chilli is made with seitan to give it a meaty texture you won’t believe is actually vegan.

The seitan and black bean chilli vegan nachos recipe is ideal for a quick and easy tasty vegan dinner but you’re not prepared to compromise on taste.

A jar of seitan, a can of black beans and a can of tomatoes from the store cupboard are the base of this colourful, tasty and quick dinner that is packed with protein and interesting textures.

Seitan is regularly used as a vegan meat substitute.  It’s made from wheat gluten, which is high in protein but low in carbohydrates and fat.

However, while seitan is high in protein, it does not contain enough lysine, which is an essential amino acid, to be considered a complete protein.

Beans are high in lysine, so this seitan and black bean chilli recipe has a good combination of seitan and beans for the perfect seitan recipe.

The seitan and black bean chilli is delicious served on top of vegan nachos and avocado.

This recipe keeps the avocado diced, but if you prefer a smoother texture, you can blend the avocado with the lime juice and add the onion, coriander and chilli (optional) afterwards.

If you’re feeling brave, you can also add jalapeño to your vegan nachos to give them a flavoursome kick.