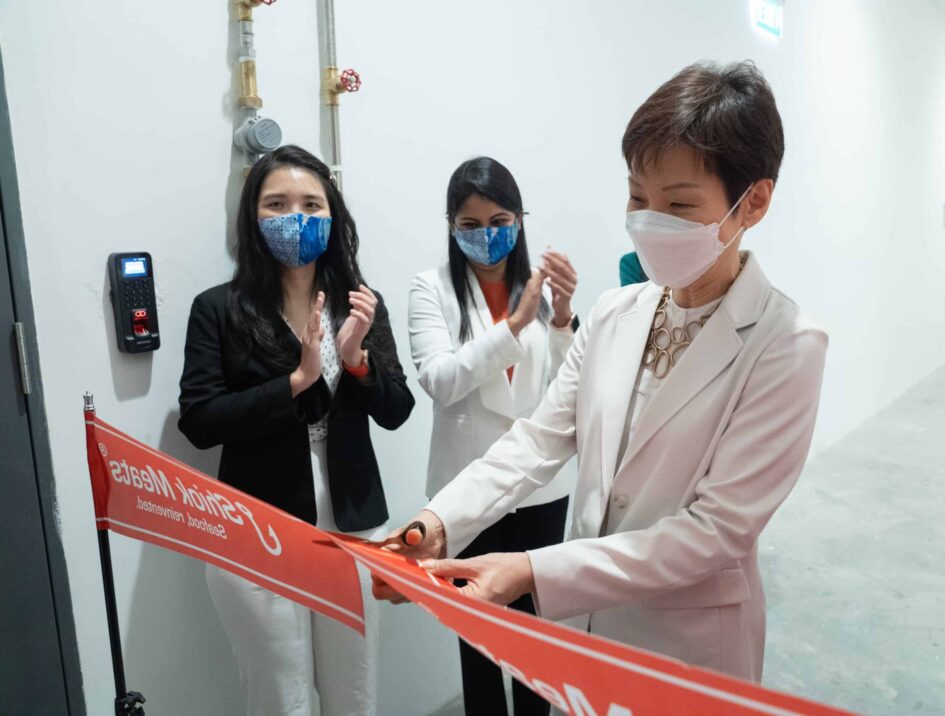 , the first company in the world to develop cultivated crustacean products, has officially opened a “mini-plant” at its headquarters in Singapore.

The plant will help the company’s R&D team with process optimization, technology transfer, and data-based development. To design and construct the plant, Shiok partnered with sustainable infrastructure solutions company and FoodNet International Holdings.

The official opening of the plant was initiated by Ms. Grace Fu, Singapore’s Minister for Sustainability and the Environment. In her speech, she praised the innovation of alt-protein companies.

“We are beginning to see rapid development of alternative protein products, fueled by increasing consumer preference for sustainable food products,” Ms. Fu said. “Such innovations seemed like a pipe dream just a few years ago but are gaining popularity among consumers now. And I am glad to see Singaporean companies at the forefront of this global drive.”

It has been just three months since Shiok unveiled the , which it showcased at private tasting event in late August. Two weeks previously, the company , Southeast Asia’s first cultivated red meat startup.

Shiok has also announced it is on track to be the first company in the world to , following a $12.6 million Series A round in 2020. The shrimp is set to be produced at a first-of-its-kind commercial pilot plant from next year.

“We have built a state-of-the-art facility which will be a stepping stone towards our pilot manufacturing plant in Singapore, serving as a great model for technology transfer between R&D scale and production scale,” said Durgalakshmi Sathiakumar, Chief Operating Officer at Shiok Meats. “Our processes, sustainable and traceable, are designed to help gauge the impact of the cultivated seafood technology. It’s one of the greatest scientific advancements of our time, steadily taken to the next level. I am very proud of what we have achieved as a team, especially in the middle of a constantly evolving pandemic and global supply chain disruptions.”

BVeg Foods: “One Stop Shop Solution for Plant Based Meats”