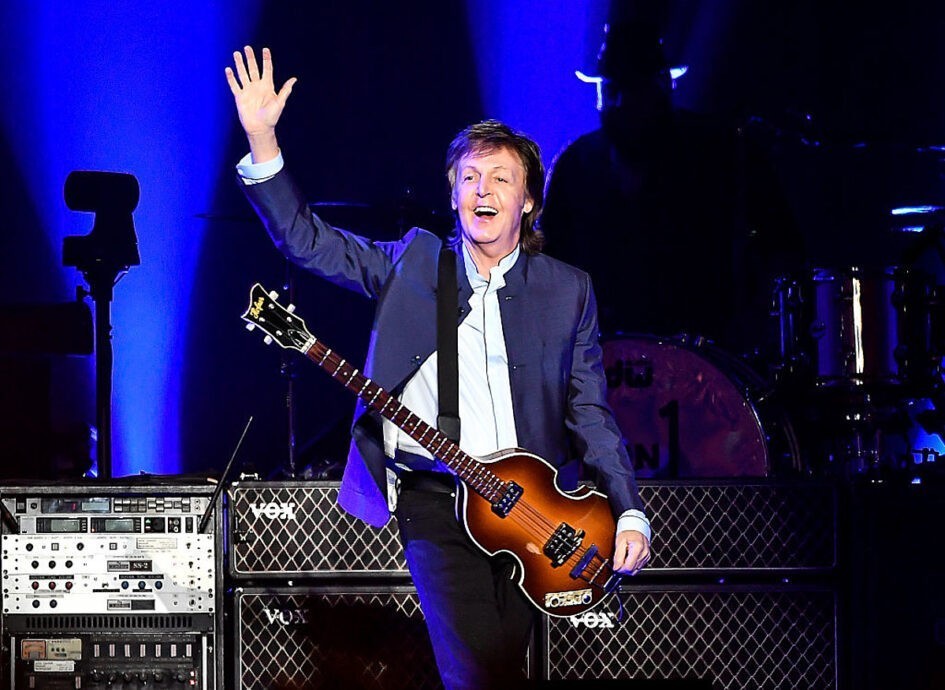 Want oat milk in your latte? No problem, but be prepared to pay a dairy-free tax. Despite years of criticism and petitioning, Starbucks’ plant-based milk surcharge is still in full effect. Now, Sir Paul McCarney is taking matters into his own hands, placing pressure on Starbucks CEO Kevin Johnson by writing him a letter that holds the company accountable for its plant-based promises. McCartney’s letter begs Johnson to finally disband the vegan milk surcharge before he retires on Monday, April 4.

Organized by PETA, McCartney’s letter details how the 80-cent vegan milk upcharge is a barrier to sustainable and ethical change that could save the planet. McCartney crafted this letter ahead of his concert in Seattle – the birthplace of Starbucks. The letter highlights the urgency of the request, explaining how US policy shouldn’t be different from policies in other counties.

“It recently came to my attention that Starbucks in the USA has an extra charge for plant-based milks as opposed to cow’s milk,” McCartney wrote to Johnson.“I must say this surprised me as I understand that in other countries like UK and India, there is the same charge for both types of milk and I would like to politely request that you consider this policy also in Starbucks USA.

“My friends at PETA are campaigning for this to happen and I have agreed to support them …. I sincerely hope that for the future of the planet and animal welfare you are able to implement this policy.”

Late last year, the non-profit organization Switch4Good release a prank press release that claimed that Starbucks had switched its milk surcharge to dairy-based products instead of its plant-based selection. The prank made its rounds around media outlets in an effort to bring attention to the contradictory store policy. Less than a month later, Starbucks UK announced that it would remove the dairy-free milk charge at 1,020 stores. Since then, the company has yet to reveal any further plans.

“With customization at Starbucks core, this latest menu change will provide increased personalization options and make it even easier for customers to choose whichever dairy alternative or milk they prefer, all year round,” Starbucks explained in a press release.“ The platform will see the addition of new dairy alternative beverages for future seasons as part of our ongoing work to expand our plant-based menu,” Starbucks said in a statement.

The company currently offers four plant-based milk options at its stores worldwide including oat, soy, almond, and coconut. While Starbucks is consistently adding plant-based specialty drinks to its menus (and even releasing dairy-free bottled Frappuccinos), Starbucks has lagged behind on dropping this surcharge.

McCartney’s appeal to Starbucks and Johnson is a necessary step to hold the major coffee company accountable for its misleading promises. Last year, Johnson announced that Starbucks aims to push a dominant shift toward plant-based menu items. Through its sustainability campaign, Starbucks launched the Greener Stores concept – an initiative that aims to open 10,000 environmentally conscious stores by 2025. The stores will be committed to lowering waste and emissions, featuring a 50 percent plant-based menu.

The Greener Stores location in Shanghai, which opened last October, features oat milk as the default in the majority of its beverages. As the company begins to prioritize plant-based milk, coffee fans throughout the United States can only hope that McCartney’s note will help nudge Johnson before his retirement goes into effect.

For how to eat vegan at Starbucks, visit our comprehensive guide.

Fast-food restaurants have finally got the memo that their customer base isn’t just coming through for a burger, fried chicken, or a beef taco. Many now have plant-based foods and are coming up with creative, delicious ways to get more greens on the menu. Here are the 6 best fast-food chains with plant-based options on the menu.