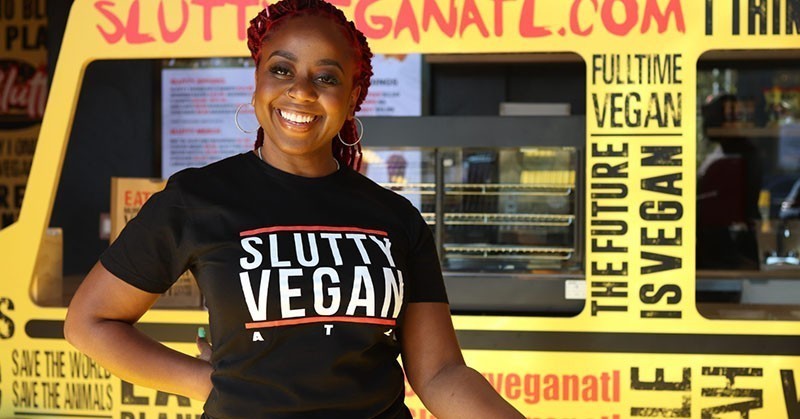 PETA will also be giving away its new vegan meal starter kits to promote a healthy, plant-based lifestyle and to remove the stigma that eating that way needs to be difficult or overwhelming. The starter kits are filled with tofu, soup mixes, fresh veggies and fruit, and vegan recipes.

PETA’s Food Justice Campaign is tackling the topic of food deserts and subsidized food. The government spends approximately $38 billion in tax money each year to subsidize the dairy, egg, and meat industries. Unfortunately, less than half of that is allocated to subsidize the fruit and vegetable industries. Most of these subsidies are granted to large corporations and not small farms, which makes it difficult for farmers to compete with corporate prices, as well as making it nearly impossible for those living in food deserts to gain access to fruits and vegetables.

The Food Justice Campaign—which will also have subsequent events in Baltimore, Detroit, Indianapolis, Los Angeles, and other cities across the country—is a public call to local, state, and government agencies to redirect the funds from these corporate subsidies to grocers in food deserts and underserved communities. With those financial incentives, grocers would be able to provide healthy options to their communities without financial risk.