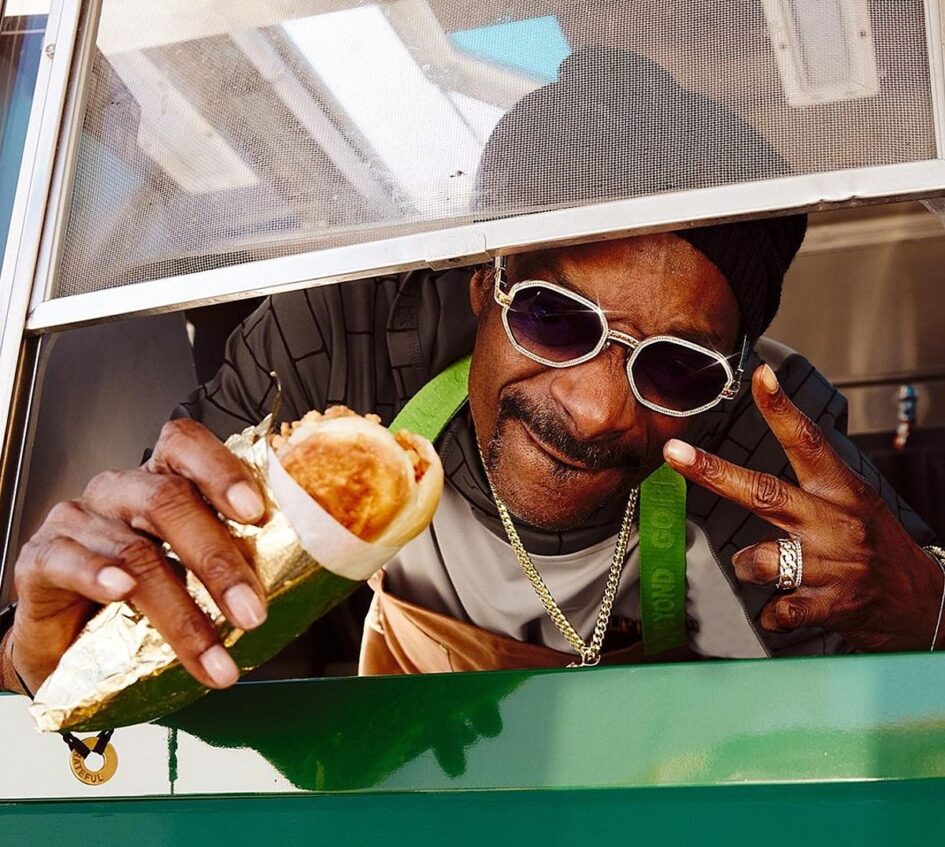 Legendary rapper Snoop Dogg and NFL star Derwin James have teamed up with vegan giant Beyond Meat to give away more than 600 plant-based burgers and hot dogs to kick off football season. Over the weekend, the duo hosted a pop-up food truck event in Los Angeles to promote plant-based protein, giving consumers a chance to try the vegan meat alternative free of charge. Snoop Dogg and James also partnered with men’s clothing store Round Two Hollywood to host the event.

The football kickoff showcase two entirely different plant-based food trucks designed by Snoop Dogg and James separately. Each of the stars fashioned their own food trucks and menus, working with chefs to develop a personalized taste profile around plant-based proteins. The Beyond Meat meals took inspiration from Snoop Dogg and James, giving consumers insight into the rapper and the Chargers player’s favorite flavors.

Snoop Dogg’s plant-based food truck will also distribute meals at Snoop Youth Football League games – an organization founded by Snoop Dogg in 2005 that offers inner-city kids a youth football league when their schools do not have one.

“With such a busy schedule, I needed to make sure that I’m taking care of myself both mentally and physically,” Snoop Dogg told Forbes last year. “I needed to change up my diet a bit to help me give me all the nutrients I need to continue to be at the top of my game. Some of my immediate family are vegan and vegetarian so they helped me figure out the best plan with me.”

Snoop Dogg even began sneaking in vegan food to his family’s meals. In a promotional video for Beyond Meat, Snoop Dogg claimed that to convince his family to eat more plant-based foods, he would sneak in the vegan meat to help his family realize that they couldn’t notice the difference.

“You’ve got to sneak it in, man, because so many people are accustomed to a certain taste or a certain way of doing it,” Snoop Dogg said in the video last year. “So you’ve got to slide it in and let it just be a way of coming in.”