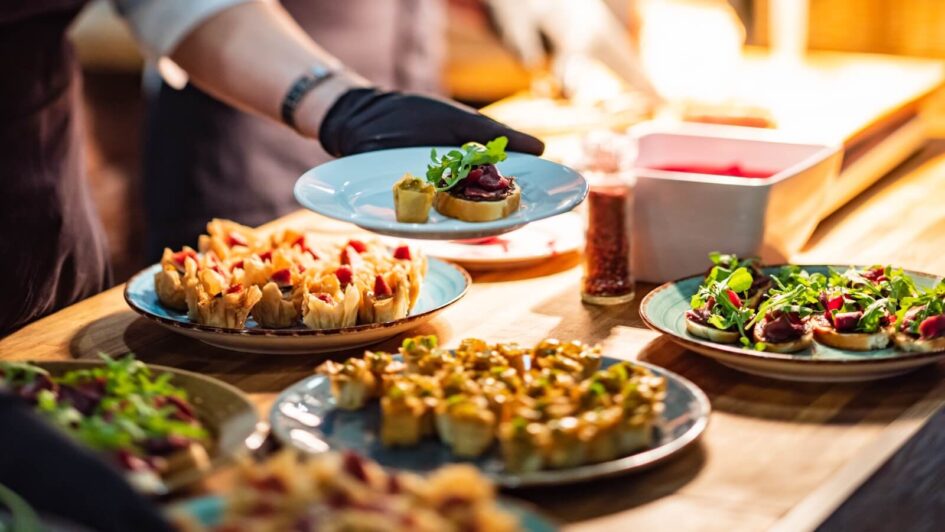 Catering giant Sodexo has pledged to make a third of its meals vegan by 2025. Sustainability concerns are driving the plant-based push, which will apply to the UK and Ireland arm of its business.

The company – which serves more than 100 million consumers daily – worked alongside the Science Based Targets Initiative (SBTi) to develop the plan. SBTi helps guide companies’ emission reduction goals, ensuring they will help to limit global temperature rise to 1.5 degrees.

Across the globe, Sodexo aims to reduce its carbon emissions by 34 percent before 2025, compared to a 2017 baseline. Further, the company plans to decarbonize its entire UK and Ireland sector.

Sodexo’s move away from animal products is apt, given that the animal-based food system is to blame for a significant amount of greenhouse gas emissions. In fact, global livestock production accounts for 14.5-16.5 percent of all anthropogenic (human caused) emissions.

The company has already started exploring plant-based foods. Last year, Sodexo launched the vegan JUST Egg in the US. It previously brought out the meat-free Impossible Burger in 1,500 locations too.

As well as the company’s menu update, Sodexo is adopting a 100 percent hybrid and electric vehicle policy, and will secure 100 percent renewable electricity by next year.

And by 2025, Sodexo will transition to 100 percent reusable, recyclable, and compostable packaging. Additionally, the company aims to halve food waste by 2025.

“The commitments we make today are the culmination of an extraordinary amount of work from our world-class team of sustainability experts,” commented Sean Haley, Sodexo UK and Ireland chairman.

“Their unswerving dedication to developing, not just a set of targets, but a detailed action plan to achieve them, gives me absolute confidence in our future ability to not just meet but to exceed our net zero goals.

“This will enable us to continue to support and improve the communities in which we live, work and serve.”