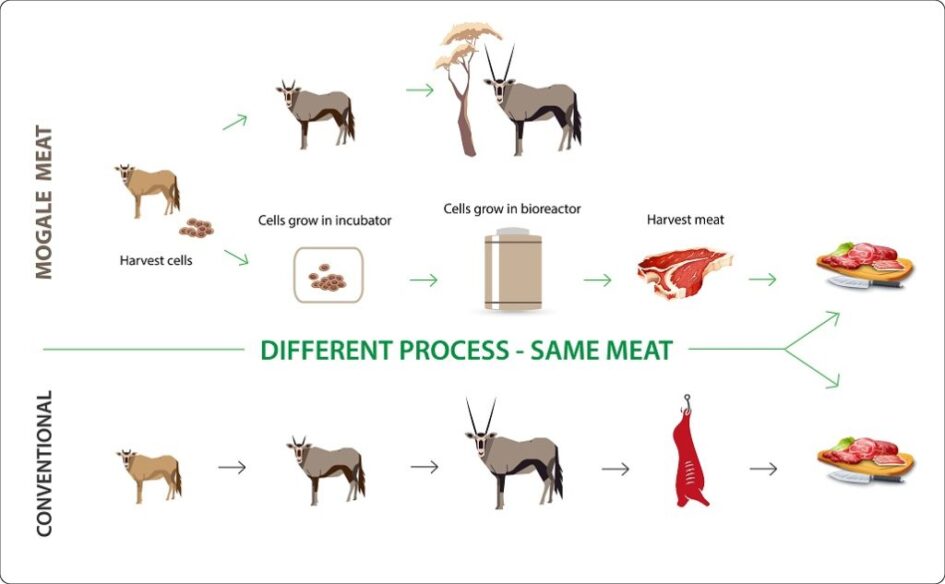 South-African cellular food-tech company is working on solutions to face Africa’s food security issues and aims to make a significant contribution to feeding the next billion people with meat created from the cells of free-roaming antelope and cattle.

, Mzansi Meat’s CEO Brett Thompson emphasized the great benefits of African biodiversity to produce cultivated meat, commenting: “We are so fortunate in Africa to have so many domestic and wildlife species to choose from and linking that to the different requirements necessary to produce wholesome and healthy meat.”

Mzansi Meat currently focuses on cell-based cultivation of common meat products, such as beef and chicken. Mogale Meat is joining the cell-based space with clear ambitions to focus on African wildlife species, including antelope. Company CEO Dr. Paul Bartels, who is a wildlife veterinarian with over 25 years experience in biobanking, explains to : “Cell culture meat derived from African Antelope is a lean, healthier meat as compared to meat derived from livestock species.”

Cultivated meat is considered by many as a great hope for Africa, a continent that will account for the highest population increase with an additional 1.3 billion people by 2050, according to the . Simultaneously, there is scientific evidence from showing that there is a high demand for cell-cultured meat in South Africa, .

According to , Mogale Meat has already achieved initial success through a project with Cryowild BioBank NPC, University of KwaZulu-Natal, and Tshwane University of Technology, developing a cultivated chicken meat alternative to feed the next billion people. Additionally, Mogale was announced as one of 28 semi-finalists from 14 countries competing in the $15 million .