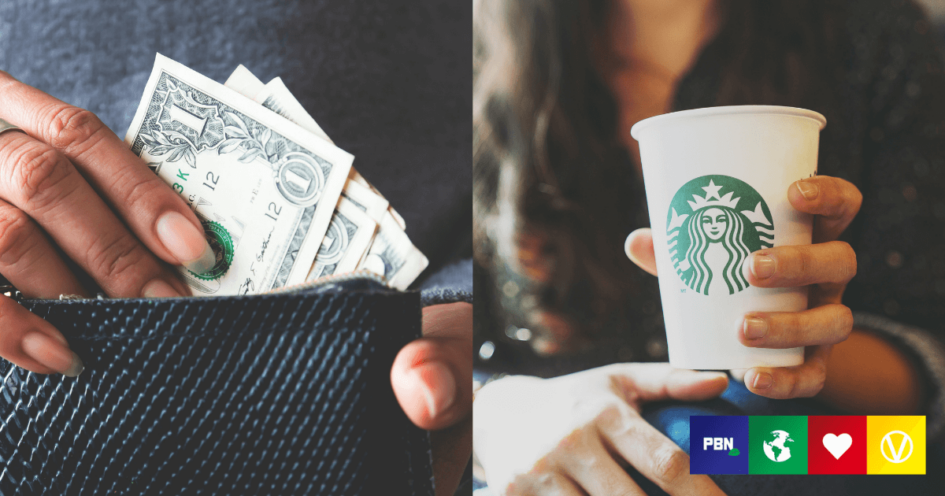 Just weeks ago, Starbucks announced it was ditching its non-dairy milk upcharge in the UK. The world’s largest coffee chain made headlines again over the weekend, as campaigners urge it to remove the vegan dairy surcharge from all Starbucks sites worldwide.

The heat came from Switch4Good, a non-profit working to dismantle the dairy industry due its health and ethical implications.

The charity took out a half-page ad in The Seattle Times on Sunday (January 23). Here, it shared an open letter that takes a swipe at Starbucks for profiting off “dietary racism.”

“Globally, more than 90 percent of people of color are lactose intolerant, meaning they cannot digest dairy. In the US, 36 percent of all people are lactose intolerant. Therefore, the cow’s milk in Starbucks’ beverages makes one in three Americans sick—mostly people of color,” reads part of the letter, addressed to Starbucks’ CEO Kevin Johnson and global chief inclusion and diversity officer Dennis Brockman.

The letter continues: “Bottom line: people of color are disproportionately and unjustly penalized by Starbucks’ minimum 70-cent upcharge (in the US) for drinks made with non-dairy milk.

“When most people of color have to pay extra—or make themselves sick by consuming regular dairy milk—charging them more for non-dairy milk is a form of dietary racism. Even if it’s unintentional racism.”

It’s not the first time Switch4Good has drawn attention to the issue. In December, the non-profit staged a campaign that involved the release of a fake Starbucks website and press release.

The real Starbucks quickly stepped in and the campaign was shut down. But not before thousands of people saw and celebrated the fake announcement.

Then, just three weeks later, Starbucks announced it was finally dropping the vegan surcharge across the UK. The move kicked off on January 5, 2022 and applied to all of its 1,020 sites in the UK.

“Coincidence? We doubt it,” Switch4Good said in an email to Plant Based News (PBN).

“Just imagine the goodwill, boost to your brand, increased relevance, and moral high ground Starbucks could claim if you announced a similar policy in the United States,” the open letter reads. Starbucks has around 9,000 locations in the US alone.

“Or everywhere you do business,” the letter continues. “In fact, this could be part of a broader call to action to other global food brands. That is true leadership.”

Later in the ad, the authors reiterate: “Eliminating the non-dairy surcharge throughout your global network … will forever be heralded, respected, greatly appreciated, and stand as a compelling example for other companies to follow.

“Of course, doing the right thing is always worth it, despite incremental and affordable cost. This generous and easily achievable policy would help to protect your customers’ health, promote dietary justice, support your commitment to sustainability, and create massive and invaluable goodwill among your customers and constituents.”

The open letter’s placement in The Seattle Times was strategic. Not only is the publication based in Seattle, where Starbucks was born, but the Sunday print version of the paper attracts around 650,000 readers in just a day. Meanwhile, The Seattle Times website receives 32 million page views a month.

In a statement sent to PBN, Bausch said, “What’s dietary racism? When 90 percent of people of color and a third of the U.S. population are lactose intolerant, yet US school lunch programs don’t offer non-dairy milk and coffee shops charge more for dairy substitutes.

“When you have to spend extra to avoid getting sick from milk just because of who you are. The time is NOW to provide these folks non-dairy options and eliminate upcharges.”

Starbucks Finally Drops Vegan Milk Upcharge At All Of Its 1,020 UK Stores

Starbucks Drops Vegan Milk Upcharge at 1,020 UK Stores. Is the US Next?