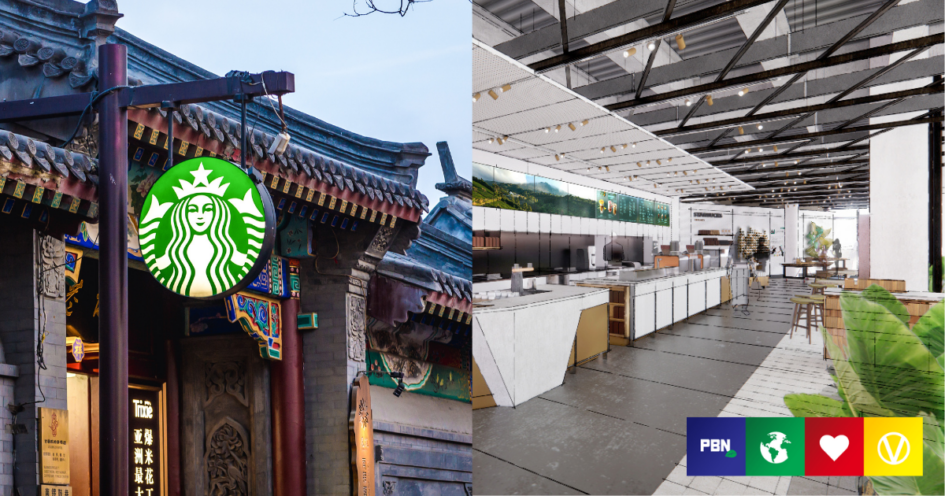 And, ‘over half’ its menu is plant-based.

Following its 2017 launch, the World Wildlife Fund (WWF) co-developed program, which is focussed on ethically produced coffee and renewable energy, is set to open its first store outside of North America.

Currently, the chain has more than 2,300 Greener Stores in the US and Canada. But as of this week, it will open the first outside of that, in Shanghai, China.

Located in Qiantan Taikooli, it’s also the first of thousands to come in the future.

Additionally, it contains eco-focussed features, such as taple tops made from reclaimed wood from Shanghai stores. There’s also a feature to reduce the amount of air conditioning used.

According to Starbucks, this will save around 15 percent carbon emissions.

Starbucks announced the Shanghai store will offer a menu with over 50 percent being plant-based. Among the 15 new items includes plant-based baked goods, sandwiches, salads, and cakes.

And unlike other Starbucks stores, oat milk is used as the default in ‘most’ beverages.

The whole idea behind the Greener Stores concept is to transform into a more sustainable company, and set a standard for ‘green retail’.

By 2030, the company hopes it can reduce carbon emissions by 50 percent. It also hopes to slash waste ending up in landfills.

In a further five years, it aims to build a further 10,000 stores to continue the mission.