Stomped, Punched, and Left to Die Is Not ‘Humane’—Tell Wegmans and Harris Teeter Now! 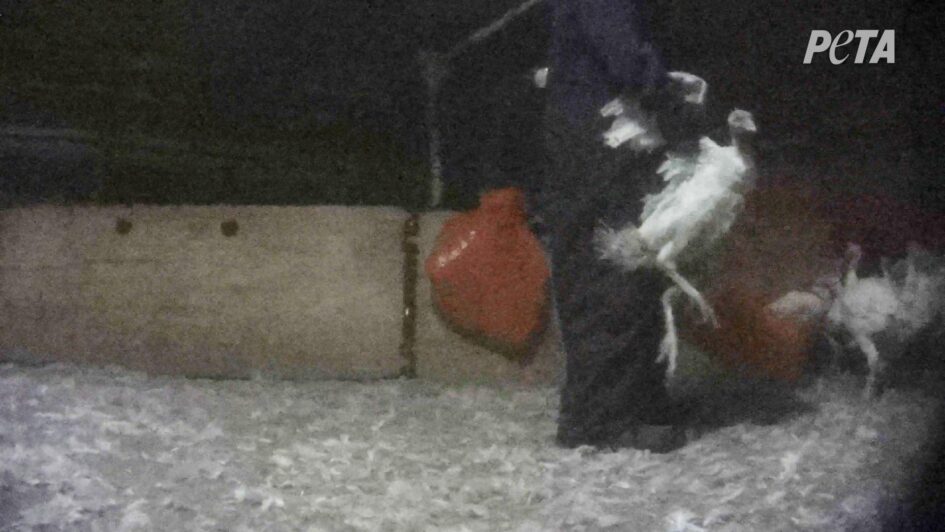 In 2021, a PETA undercover investigation revealed that workers at multiple Plainville Farms supplier farms kicked, stomped on, and beat turkeys with a heavy rod. The investigator saw employees attack birds to instill fear, to vent frustration, or even just for “fun.” Workers tossed birds through the air by the wing, neck, head, and snood. They even tied their snoods together and laughed.

Dead and dying turkeys were seen every night on every farm that the investigator visited. Birds received no treatment for illnesses or injuries and were left to die in misery. The animals were crowded, stressed, and frightened. They were weak from carrying excess weight (having been bred to gain weight rapidly). Even before they’re slaughtered—which is horrific—birds raised for their flesh suffer.

Please, contact Wegmans and Harris Teeter today to tell them that there’s nothing “humane” about meat from Plainville Farms or any other company.

Were You Misled by Plainville Farms’ ‘Humane’ Advertising? Let Us Know