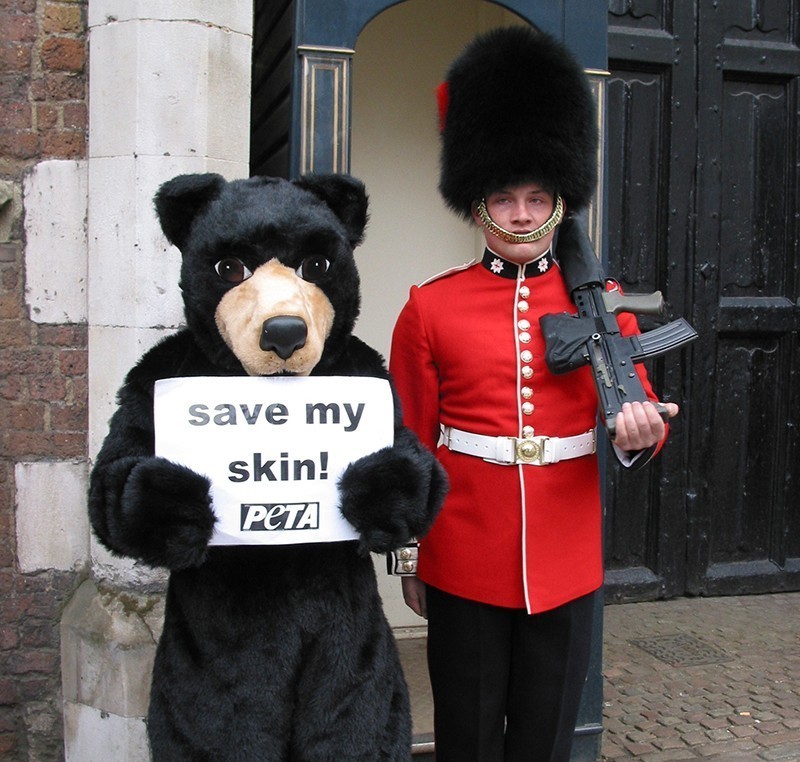 PETA is calling on British Prime Minister Boris Johnson to stop the Ministry of Defence (MoD) in the U.K. from using real bear fur for the ornamental headpieces worn by the Queen’s Guard and to have the ceremonial caps fashioned from luxurious faux fur instead.

Where These Ornamental Headpieces Actually Come From

Bears hunted for their fur are often shot but not killed immediately. As many as one bear in seven will escape wounded and die slowly from blood loss or starvation.

The hats are made from the fur of black bears killed in Canada, and in some provinces, there are no restrictions on shooting mother bears who have nursing cubs, which leads to the death of entire families, as the cubs are orphaned and left to die. 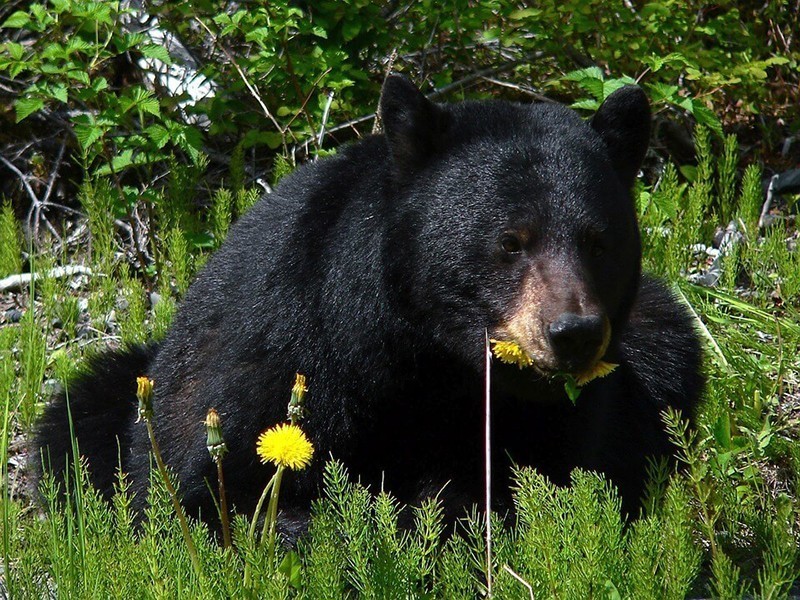 Each hat costs an astounding $1,766.90. More than a million dollars’ worth of U.K. taxpayers’ money has been spent on these cruelly produced caps in the past seven years, even though they serve no military purpose. ECOPEL—a global faux-fur textile and apparel manufacturer—has offered to supply the MoD with unlimited, free faux-bear fur until 2030.

More than 95% of the U.K. public refuses to wear fur, but Secretary of State for Defence Ben Wallace is betraying the will of the people by spending money on these unwanted ceremonial caps.

Instead of financially supporting the shameful slaughter of black bears for the Queen’s Guard’s ceremonial hats, the U.K. should be setting a compassionate example by switching to high-tech, luxurious faux fur.

Please help make sure the prime minister knows that the secretary of state for defence is dragging his feet and wasting money and bears’ lives. Please take these quick steps to help us make some noise for bears and spread the message!

Hey, @BorisJohnson, please step in and save bears from @DefenceHQ cruelty—no one’s taxes should fund bear slaughter. Faux fur is the future. #MoDGoFurFree

Step 2: Send a polite comment to the prime minister and the secretary of state for defence.