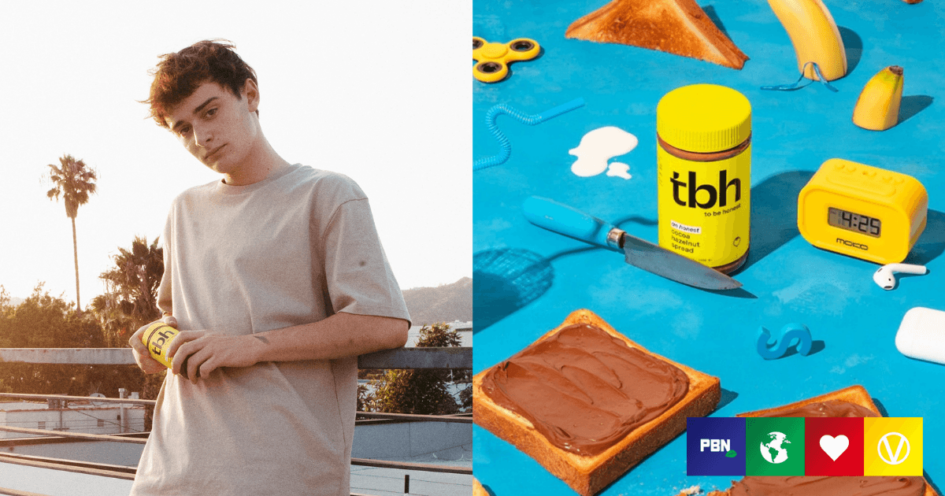 Actor Noah Schnapp, known for his portrayal of Will Byers in Stranger Things, is set to debut a vegan version of Nutella.

The new brand, called TBH, is the result of a collaboration between Schnapp and Umana Venture Studios, a brand creation ‘boutique’.

The parties teamed up two years ago, after Schnapp learned of the destruction caused by palm oil production – a common ingredient in other hazelnut spreads.

The vegan spread, which is gluten-free and kosher, has three times more protein than other hazelnut spreads, according to the company. It comes with half as much sugar as the category leader, and contains no palm oil.

The cocoa itself is UTZ-certified, meaning it meets ‘strict requirements’ including good agricultural practices and safe working conditions. It also stands for addressing child and forced labor, according to the Rainforest Alliance, which operates the program.

“TBH is inspired by honesty. It’s about being transparent with ourselves about what we’re actually consuming, and then making a change for the better,” 17-year-old Schnapp said in a statement.

“Hazelnut spread on toast has always been my favorite comfort food, but of course, when I was a kid, I didn’t realize that my snack habit wasn’t very good for me or the environment. Once I found that out, I wanted to create a new take on hazelnut cocoa spread with honesty and sustainability at its heart, and found the perfect team to help that vision come to life,” he continued.

Speaking to Forbes, Schnapps said he believes that transparency is ‘super important’ for Gen Z consumers.

“I’ve noticed they like voting with their dollars. They want products that are better for you and better for the planet,” he said.

Schnapp later said he feels fortunate to be able to ‘help my generation make a difference through simple pantry swaps like TBH’.

TBH will be available through www.snacktbh.com from November 1.