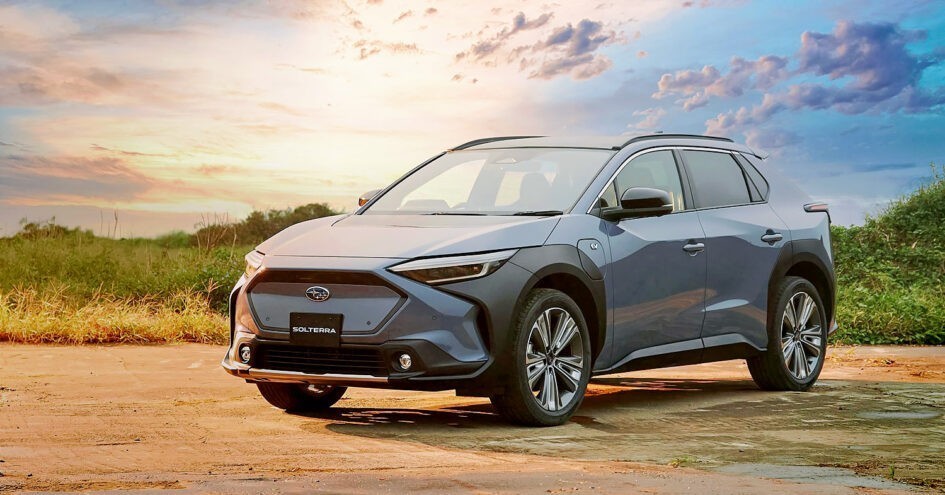 Well-known for its all-wheel drive vehicles, Subaru just unveiled its first electric car: the Subaru Solterra. But don’t worry, it still features all the same off-road and all-weather capabilities of its gas-guzzling counterparts, just minus the fossil fuels.

According to the Japanese carmaker, the Solterra “brings the Subaru brand’s trusted reliability, state-of-the-art safety technology, and legendary all-wheel-drive engineering to an environmentally responsible all-electric SUV.”

Available for sale in 2022, the 2023 Solterra will feature an electric vehicle platform that the automaker co-developed with Toyota. The car is set to make its U.S. debut at the Los Angeles Auto Show on November 17.

The Solterra will be the latest electric vehicle to hit showroom floors. Automakers are increasingly following in Tesla’s footsteps, churning out environmentally-friendly cars to appease the growing demand for an emissions-free driving experience.

In February, Ford Europe revealed plans to be all-electric by 2030. As part of its commitment, the company will fund a $1 billion manufacturing center for electric vehicles in Cologne, Germany. It plans to transition its vehicles to be either all-electric or plug-in hybrid by 2026 before going all-electric in 2030.

Honda and Volvo are also ditching fossil fuels. In order to achieve a “zero environmental impact,” the former plans to reach 100 percent electric car sales in North America by 2040. The latter said that it will exclusively sell electric cars by the end of the decade. Volvo had previously stated half of its sales would come from electric vehicles by 2025.

Even luxury car brands are looking to be more climate-friendly. Porsche said electric cars would be integral to achieving carbon neutrality by 2030. Audi will pivot to selling only all-electric cars by 2026, phasing out the manufacturing of diesel- and gas-powered vehicles by 2033. The all-electric prowess can be seen in one of the German car manufacturer’s latest concept cars: the futuristic Skysphere, which is vegan and self-driving.