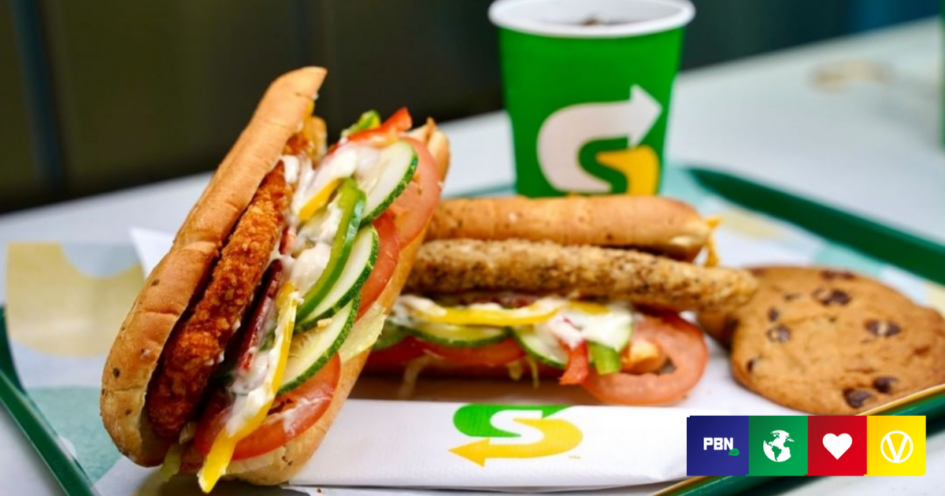 Colossal food companies Subway and Nestlé have joined forces to bring a brand new plant-based sandwich to customers in Asia.

The Plant-Based Chicken Schnitzel is made from a soy protein base, under Nestlé’s Harvest Gourmet brand, and comes with a choice of salad options.

And from now until January 2022, Subway Singapore is offering it across “all” its 50 locations.

The meatless chicken option is available at S$7.50 for a six-inch and S$12.50 for a 12-inch, according to VegNews. It marks the first use of a plant-based chicken protein for Subway Singapore, according to the company.

And despite this, Subway offers a range of vegan chicken options around the globe – launching in the UK last year.

The Tastes Like Chicken (TLC) sub debuted in December, designed to mimic roast chicken strips. And, follows the soaring success of its award-winning Meatless Meatball Marinara, trialed the year previous.

For example, earlier this summer Burger King debuted a Plant-Based Whopper featuring a patty created by The Vegetarian Butcher.

It follows a slew of requests from local people, the company claimed upon its launch.