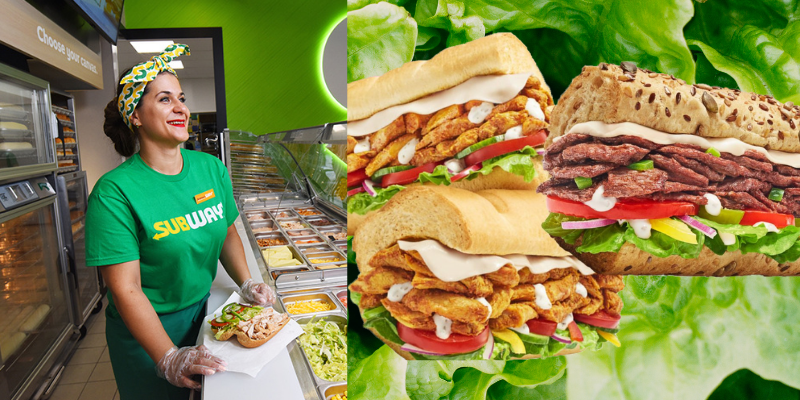 Subway has been very popular in 2021 since their TLC (tastes like chicken) sub in January. A year later, the company has released two new offerings, which are set to be just as popular. They are available nationwide from this week.

The new subs include a Tikka TLC using the original chicken style pieces and a tikka flavouring. The second new sub uses a brand new vegan steak-like meat, hence the name TLS ( Tastes like steak). Both are available as a salad box, sub or wrap and will be in stores until February 15th.

Subway already serve the classic plant patty, TLC and double chocolate vegan cookie as options in the UK. Violife cheese is also available as a topping on any sub.

The head of Marketing UK & Ireland at Subway said, ‘At Subway, we are proud to have one of the widest and tastiest ranges of plant-based choices on the high street, without any compromise on flavour or taste, to offer our guests even more choice.’

Vegan Food UK posted the news on Instagram, where followers showed their excitement. One commented, ‘saw this and got straight out of my seat and got one.’

Another said, ‘AND steak? This is amazing, I thought it was just the tikka.’

Which one do you have your eyes on?