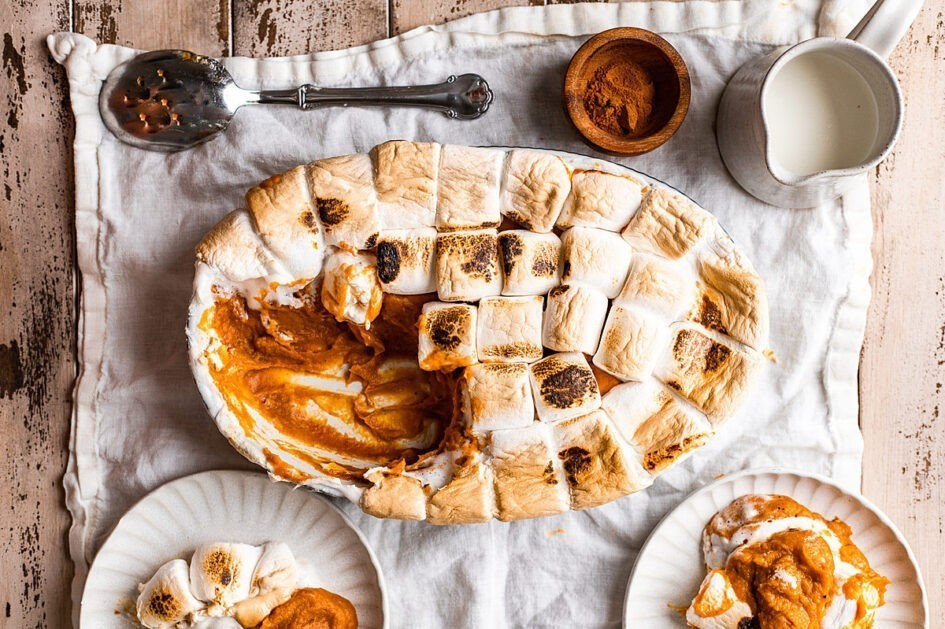 Whether you’re cooking for a vegan, or want to bring a delicious side dish to your Thanksgiving feast, this dairy-free, vegan sweet potato casserole is a crowd-pleaser.

This plant-based recipe calls for replacing your usual marshmallow for vegan marshmallows (since the regular kind often contains gelatin, an animal protein), and swaps dairy for plant-based milk and melted coconut oil.

Every bite of this casserole will burst with a combination of savory and sweet flavors, which everyone will love. The sweet potatoes add a rich, cinnamon, festive flavor paired with the marshmallows which deliver a sugar-filled bite.

This recipe only takes 10 minutes to prepare and 40 minutes to bake, during which time you can sit back and enjoy the smell of warm sweet potatoes and sugar from the oven. To really outdo yourself, start by doubling the recipe – because everyone will come back for seconds.

For the Paleo Vegan Streusel:

For the Vegan Marshmallow and Pecan Topping:

For more vegan Thanksgiving ideas, check out this guide to 25 plant-based holiday recipes.