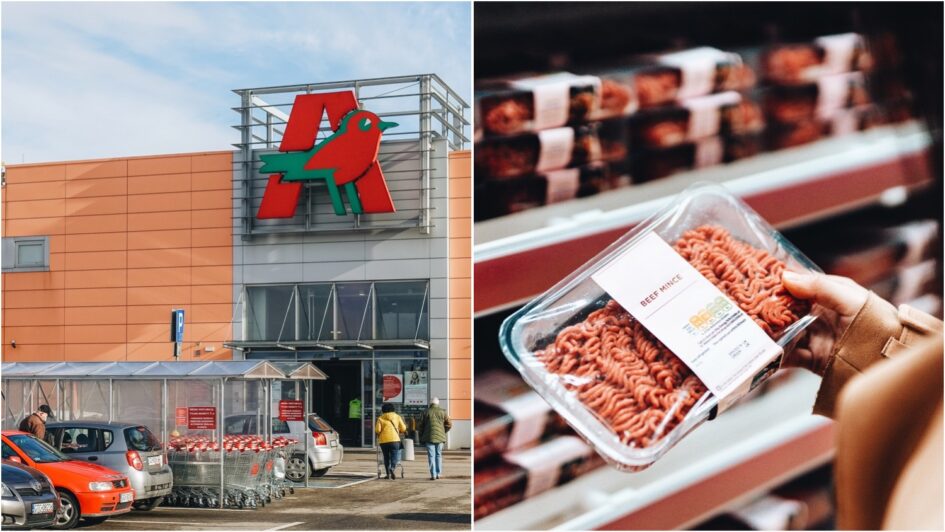 Several European supermarket chains have said they will ban Brazilian beef due to its links to illegal Amazon rainforest deforestation.

There are some big names amongst the chains that have committed to removing beef of Brazilian origin from their shelves, including Sainsbury’s in the UK, Lidl Netherlands, Carrefour Belgium, Delhaize, and Albert Heijn, the largest supermarket chain in the Netherlands, Reuters reports.

Many of the products affected are produced by the JBS SA, the world’s largest meat producer. The ban follows an investigation released by Brazilian nonprofit publication, Repórter Brasil, which claims that JBS indirectly sourced cows from illegally deforested areas.

JBS defended its position, stating that it has “zero tolerance for illegal deforestation” and has blocked more than 14,000 suppliers for failing to meet its standards. It added that the investigation mentioned five of its 77,000 direct suppliers, and that said suppliers met its policies at the time. JBS adds that monitoring the indirect suppliers within its supply chain is a challenge, but it aims to be capable of doing so by 2025.

What the beef ban includes differs from supermarket to supermarket. Sainsbury’s, which says that 90 percent of its beef is sourced from Britain and Ireland, will stop sourcing its private-label beef from Brazil. Auchan France will remove beef jerky products made by JBS, while Carrefour Belgium and Delhaize will remove Jack Link’s beef jerky. (JBS and Jack Link’s have a jerky-based joint venture together.) Lidl Netherlands will stop selling all beef from South America starting in 2022 and Albert Heijn will drop all Brazilian beef.

The problem with the beef supply chain, and with JBS

JBS rakes in $50 billion annually and has been involved in a wide range of scandals not including its links to illegal deforestation (which it pledged to end more than a decade ago), ranging from ties to ranches that use slave labor and animal welfare violations to bribing politicians and price-fixing. This is not the first time that a report has uncovered JBS’ ties to illegal deforestation. Illegally grazed cattle has also been tied to human rights abuses against Indigenous peoples and other traditional residents.

The Brazilian meat producer’s impact on the planet is far-reaching. A recent report even tied some of the world’s top fashion brands to Amazon rainforest deforestation, all because they source their leather from JBS.

The Amazon rainforest is the world’s largest tropical rainforest, and the rate of deforestation has accelerated since right-wing President Jair Bolsonaro took office in 2019 and rolled back several environmental protections. Deforestation reached a 15-year high between August 2020 and July 2021, with a loss of 8,224 miles of forest. The majority of the land is cleared for cattle ranches.

While JBS says that it will crack down on its supply chain, cattle ranching, and the whole of industrial animal agriculture, are still inextricably linked to the climate crisis. In addition to being the cause of 14.5 percent of human-caused greenhouse gas emissions each year (with beef making up more than 60 percent of emissions), it is tied to biodiversity loss, air and water pollution, human rights violations, and animal abuse. Deforestation is also a major source of carbon emissions, as tropical rainforests such as the Amazon are major carbon sinks.

To its (nominal) credit, JBS has put money into more sustainable alternative proteins. It acquired Vivera, Europe’s largest plant-based meat producer, earlier this year and this month and owns Colorado-based Planterra Foods, which makes vegan meats. And earlier this month, the meat-producing heavyweight announced that it will acquire Spanish cultivated protein startup BioTech Foods and establish a cultivated protein R&D center in Brazil next year. However, JBS cannot continue to rely on industrial animal agriculture if the environmental benefits of its alternative protein ventures are going to have any sort of positive effect.

EU Could Ban Imports Of Coffee And Beef Linked To Deforestation

Fashion Is Killing the Amazon Rainforest

Beef Production Is Destroying the Amazon. Turns Out, Leather Is, Too.