Sweden’s Peas of Heaven Sets Sight on European Expansion with €2.7M Seed Round 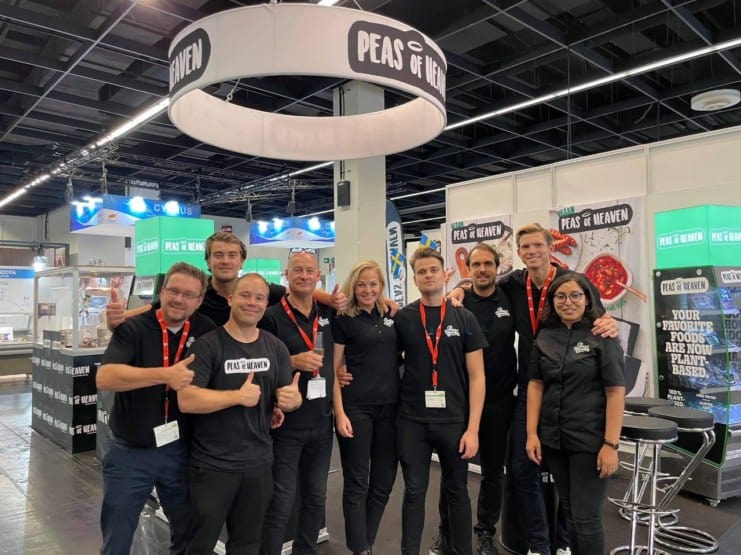 Swedish plant-based brand is heading for European expansion, fueled by a €2.7 million late seed round capital raise. The alt meat brand will use the funding to further fulfill its mission of making it easier for more people to eat less meat.

Peas of Heaven has seen impressive growth in its first three years on the market, establishing itself as one of the category leaders with over 3,000 distribution points to date.  The alt-meat brand an online store to allow customers to buy its products directly, though within a day it had sold out and had to pause to allow production to catch up.

Launched in 2018, the story of Peas of Heaven began when brothers took over their family’s 100-year-old sausage business and decided to go vegan. Apart from expanding into new European markets, the funds are intended for product development and optimization of current production facilities.

European food and beverage tech VC Oyster Bay Venture Capital joined the Peas of Heaven funding round, having backed plant-based Swedish brands in the past, most notably in which they invested back in 2018. is also getting behind the country’s booming plant-based economy with investment in local crops to supply the sector.

“Getting meat eaters to switch to a plant-based diet is quite a challenge. We spent three years working on our first recipes before we even launched, but we realize another key factor is accessibility. And that’s not just about logistics but price range as well,” stated Peas of Heaven CEO Marcus Karlsson.

Made in Chelsea and YouTube Star Close £1.4M Seed Round for Vegan Clean Kitchen Club