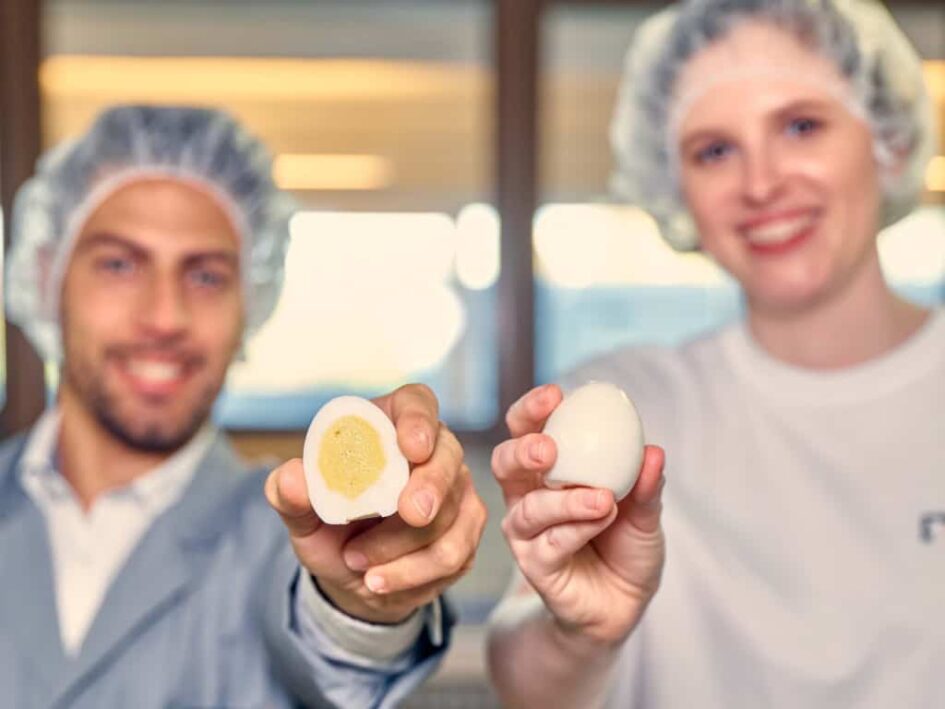 Swiss retail giant has launched a vegan hard-boiled egg which will be available in select Migros stores across the country. The plant-based picnic egg looks and tastes like its conventional counterpart even including its vegan yolk.

The latest addition to Migros’ own range, the egg is manufactured in Switzerland by ELSA, a Migros subsidiary. Made from soy protein, the new egg innovation will be available in Migros stores in Zurich, Basel, Lucerne, and Geneva as of November 2021, priced at 4.40 Swiss francs for a pack of four.

The V-Love hard-boiled egg is one of the world’s first such products to hit the shelves as the race to develop new egg alternatives accelerates. that 30% of consumers say they would choose vegan eggs over conventional ones, but there is a gap in the market when it comes to accessibility and a range of consumer options. In the US, plant-based brand has also launched ready-to-eat vegan boiled eggs known as Wundereggs, and Singapore’s has developed a similar egg created from fungi mycoprotein.

Migros has been investing considerably in alt protein innovation and food tech and recently for cellular agriculture products in Zurich to accelerate their development and market penetration. The an in-store vegan butcher service, the world’s first yogurt alternative based on chickpeas last year.