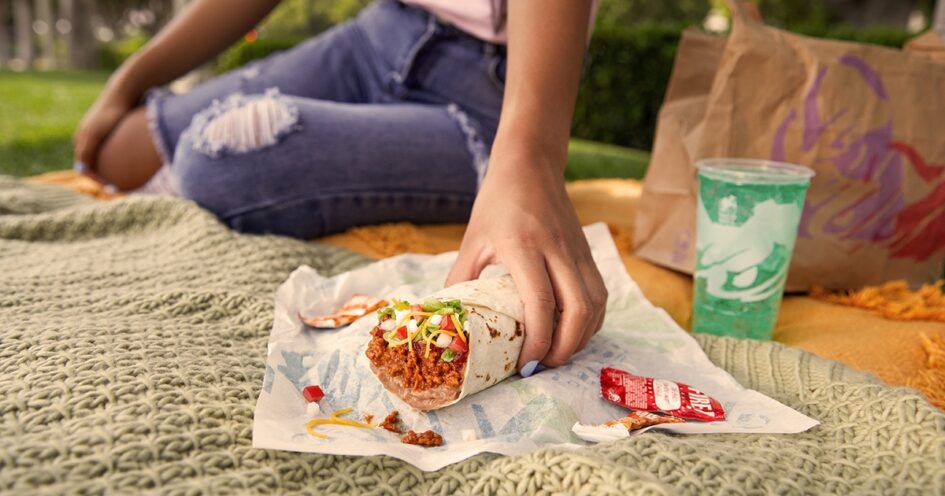 From now until early November (or while supplies last), fast-food giant Taco Bell will offer vegan beef at 95 locations in the Detroit area. The new vegan meat—technically called “boldly seasoned plant-based protein”—is available as a swap for animal-based beef at no extra charge. The new plant-based meat is also featured in the Cravetarian menu which consists of vegetarian versions of Taco Bell’s popular menu items, including Crunchy Taco Supreme, Crunchwrap Supreme, Burrito Supreme, and Nachos BellGrande.

The launch of the Cravetarian menu and vegan beef option in Detroit area locations follows a test of the boldly seasoned plant-based protein at one Taco Bell location in Tustin, CA in April. There, Taco Bell offered the vegan meat—which it developed from chickpea and pea proteins— as part of the Cravetarian Taco (a meatless version of its Crunchy Taco Supreme). The vegetarian taco was made with the new vegan meat, shredded cheddar cheese, lettuce, diced tomatoes, and sour cream, and served in a crunchy corn shell and could be ordered vegan by omitting cheese and sour cream. 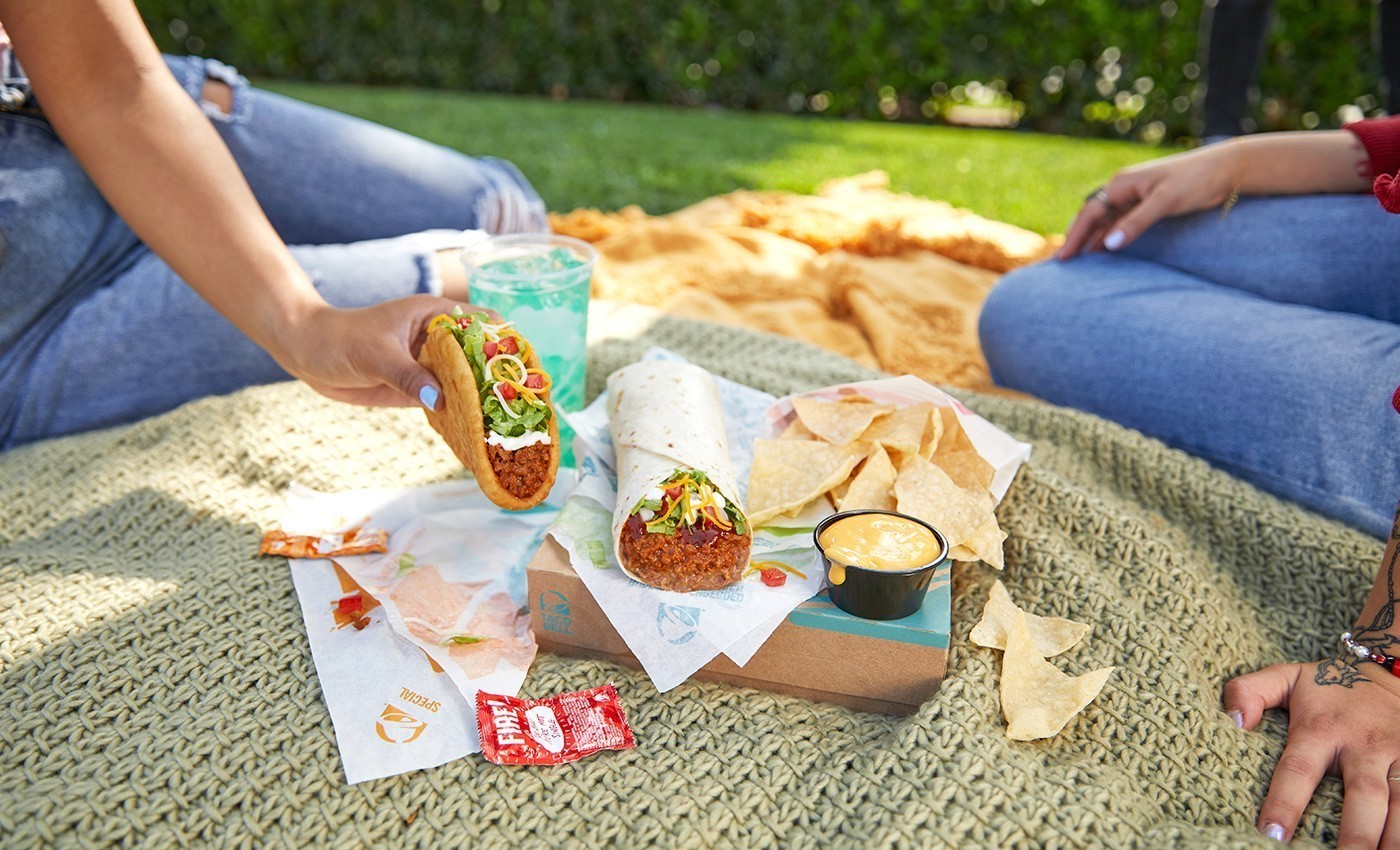 Competing chains such as Del Taco—which added Beyond Meat’s vegan beef crumbles to its 580 locations in 2019—quickly adapted to the shift toward plant-based proteins. Taco Bell, which operates more than 7,500 locations in the US, initially chose to focus on its existing proteins such as beans to tap into the shift. Taco Bell spent 2019 promoting its vegetarian options and restructuring its menus to make its plant-based options more visible.

“We’ve long been committed to offering food for all, meaning that we strive to ensure more people, no matter their lifestyle, can enjoy the craveable flavors of Taco Bell,” —Taco Bell spokesperson

However, Taco Bell had a change of heart. After causing an uproar when it removed seasoned potatoes from its menu in summer 2020—which it reinstated in March 2021—the chain announced it was working with Beyond Meat to bring a “not quite yet seen in the industry” protein to its menu. While Taco Bell is not ready to share details about this launch just yet, the chain has been tinkering with other plant-based proteins in the meantime.

In addition to testing the boldly seasoned plant-based protein in Tustin, Taco Bell tried out the Naked Chalupa with a Crispy Plant-Based Shell at one Irvine, CA location in June. Taco Bell’s Test Kitchen developed this option to mirror the chain’s Naked Chicken Chalupa but instead of using animal meat, the shell was made entirely from vegan chicken which was crafted from a proprietary pea protein-based blend that was breaded and fried. 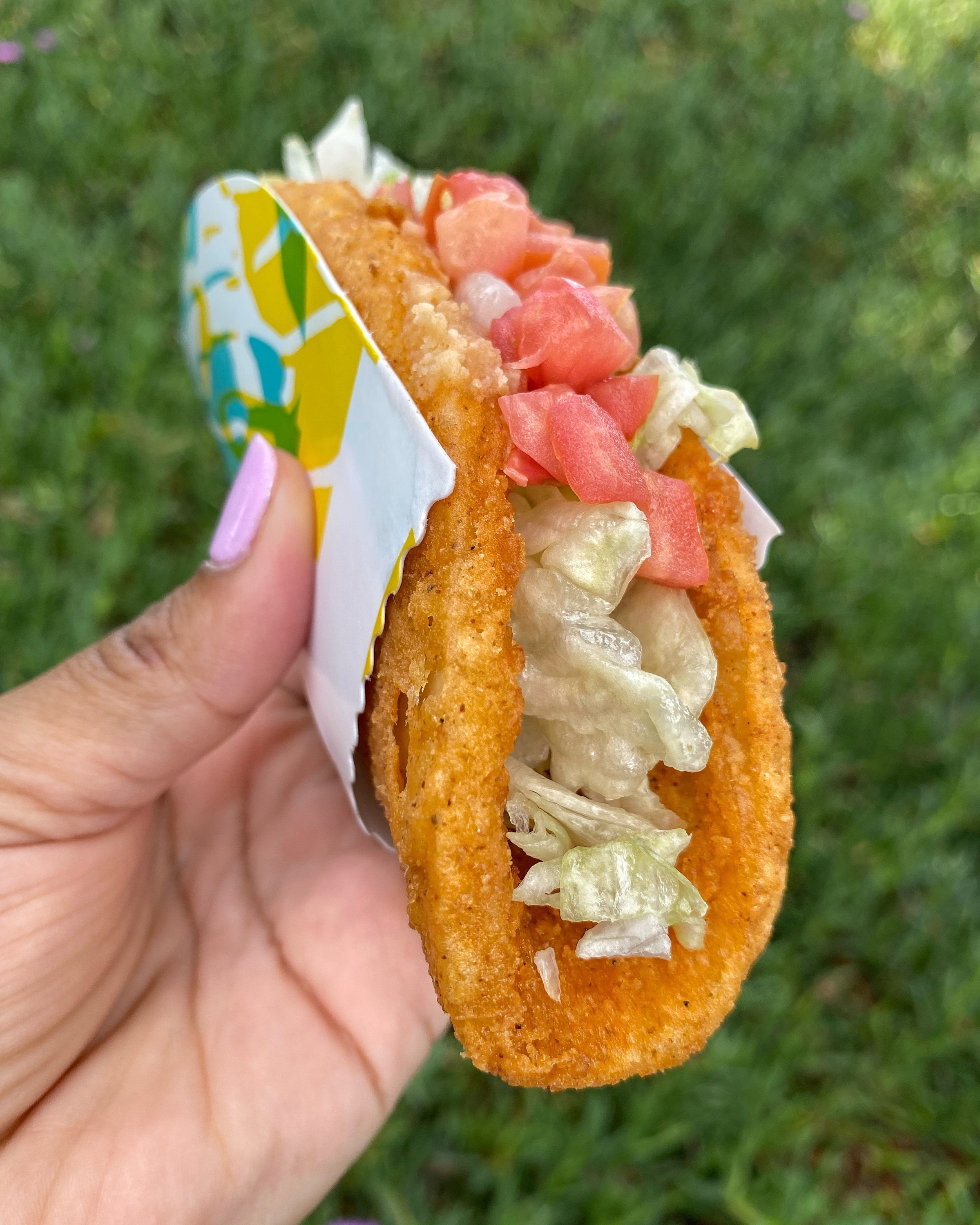 While Taco Bell’s expansion of the boldly seasoned plant-based protein to the Detroit area and its test of the Naked Chalupa with a Crispy Plant-Based Shell in California does not necessarily mean it will launch these items nationwide, the chain does use these tests to inform its next steps in the plant-based space.

“Taco Bell has always been a go-to spot for vegans and vegetarians, with plant-based menu items having a prominent place on our menu for years,” a Taco Bell spokesperson told VegNews. “We’ve long been committed to offering food for all, meaning that we strive to ensure more people, no matter their lifestyle, can enjoy the craveable flavors of Taco Bell. That’s why we are constantly innovating, listening to our fans, and analyzing menu test results—in the plant-based space and beyond.”

In addition to developing new plant-based food options, Taco Bell is focusing on other sustainability initiatives, including working with TerraCycle to make all of its consumer-facing packaging recyclable, compostable, or reusable by 2025. In September, Taco Bell launched a first-of-its-kind program to recycle its popular hot sauce packets, 8.2 billion of which end up in landfills every year. 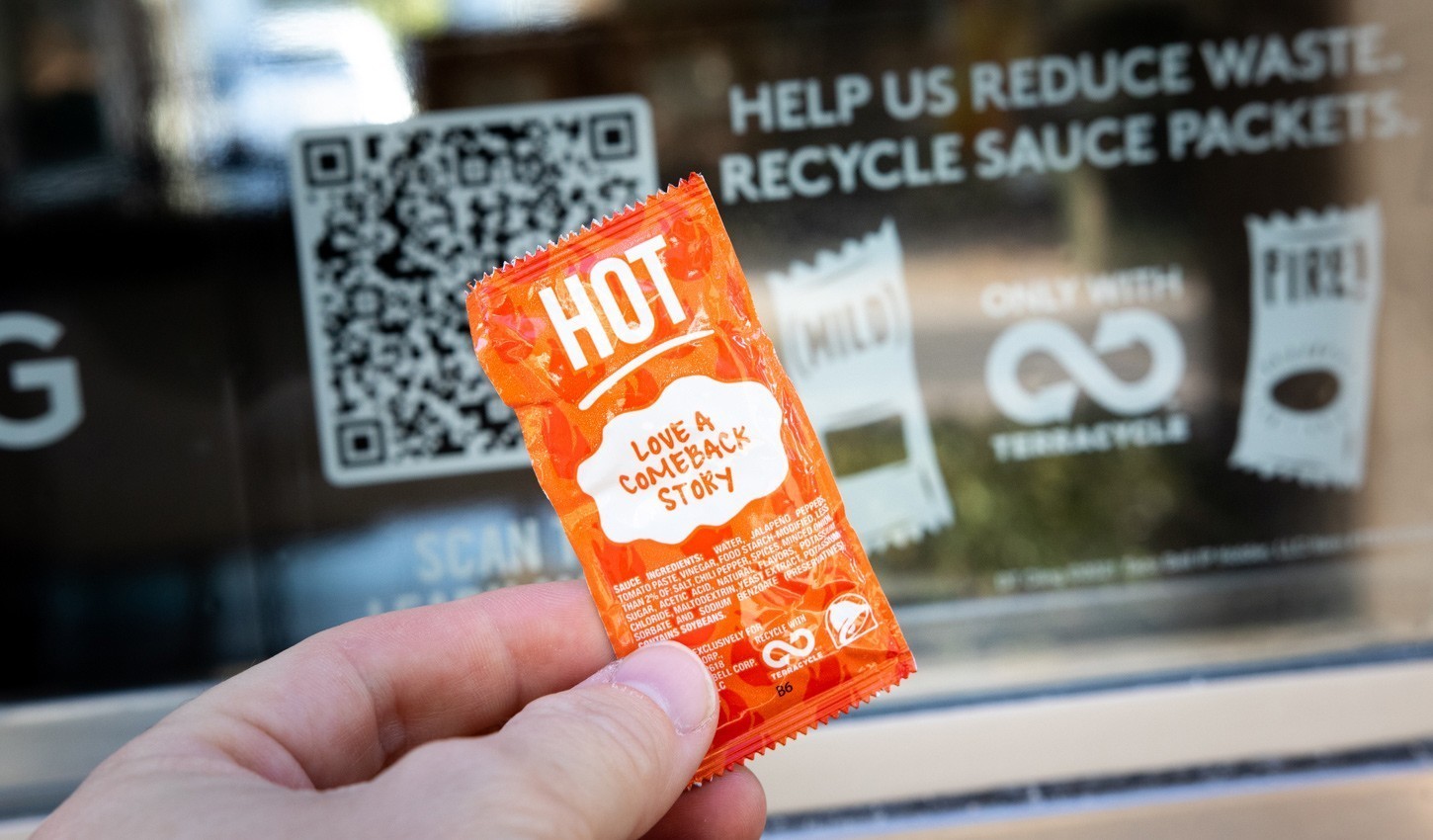 The notoriously hard-to-recycle packets are now being collected from customers and sent to TerraCycle which will then melt the single-use packets into hard plastic that will be turned into secondary items. Should this program prove successful, Taco Bell will set a precedent for other chains to recycle their single-use condiment packets.

For more about vegan at Taco Bell, read:

How To Order Vegan At Taco Bell: The Ultimate Guide
Taco Bell Is Officially Testing Vegan Meat. This Is What We Think.
Taco Bell To Launch Dedicated Vegetarian And Vegan Menu