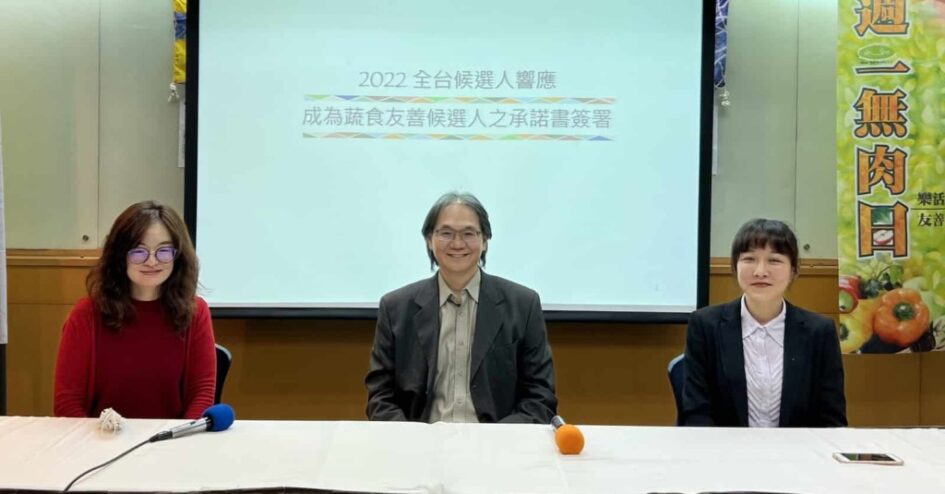 Article 8 of the bill says that the Council of Agriculture must promote waste reduction and low-carbon diets, with the latter category including plant-based and locally-produced foods. Article 42 adds that all levels of government should promote these foods, and mandates support for civil society organisations working towards low-carbon diets.

“We are delighted to see an emphasis on low-carbon diets”

The legislation makes Taiwan one of only a small number of regions to reference plant-based foods in their climate laws. The government’s target of net zero emissions by 2050 has also been made legally binding, with government agencies required to implement plans to reduce emissions.

The developments follow campaigning by the Environmental & Animal Society of Taiwan (EAST), which called on the government to recognise the contribution of the food system to climate change. The campaign received support from over 30 organisations, including Taiwan Environmental Information Association and Taiwan Watch.

The passing of the bill comes less than two weeks after Meat-Free Monday Taiwan successfully convinced over 100 political candidates to sign a pledge supporting meatless days in schools. Almost half the candidates were subsequently elected.

“As the world comes to grips with the importance of food systems in addressing climate change, we are delighted to see an emphasis on low-carbon diets in Taiwan’s climate legislation,” said Wu Hung, chief executive of EAST. “In light of this development, we call on the Executive Yuan to re-visit its 2050 Net Zero Emissions Pathway and Strategy and take steps to address excessive meat consumption.”

Fashion Magazine ELLE Introduces A Ban On The Promotion Of Fur