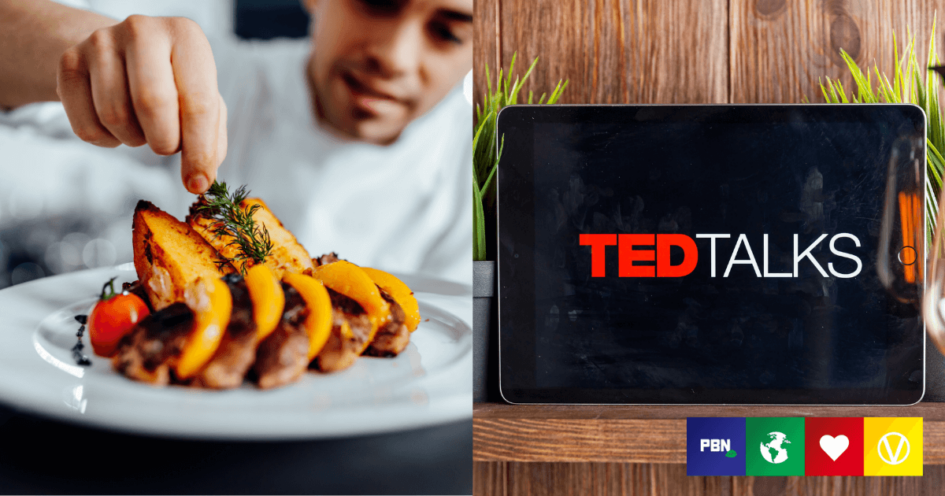 Founded 37 years ago, TED amplifies the voices of thought leaders from various sectors across the globe. It does this by publishing talks online, all of which are 18 minutes or less. The talks cover social, political, scientific, cultural, and academic topics.

TED’s videos have been viewed more than two billion times on its main YouTube channel.

And, videos produced by TEDx have garnered nearly six billion views.  TEDx is not controlled by TED, but follows the same format and receives guidance from the organization.

There, they discussed what needs to be done to protect and restore the planet. This included laying out a blueprint for an attainable path to a net-zero future.

On October 30, a virtual YouTube event will display highlights from the summit. And, for the rest of the year, hundreds of TEDx Countdown events will be held to magnify these sustainability goals.

The summit’s fully plant-based menu was apt, given the event’s focus on sustainability.

“Studies show that reducing meat and dairy production and consumption is one of the most effective actions we can take to avoid catastrophic climate change.”

Novogratz noted that as well as affecting animal and human health, eating meat is the ‘primary cause’ of a great deal of environmental damage.

This damage is contributing to the ‘mass displacement of vulnerable communities, food scarcity in many parts of the world, critical habitat destruction, water pollution, and widespread animal extinctions’, she said.

Novogratz added: “We applaud TED for listening to the science by serving plant-based, climate-friendly food at their climate conference. This sends a clear message to the world that they are serious about tackling animal agriculture’s catastrophic impact on our planet.”

Are space missions a friend or foe to Earth and its climate?