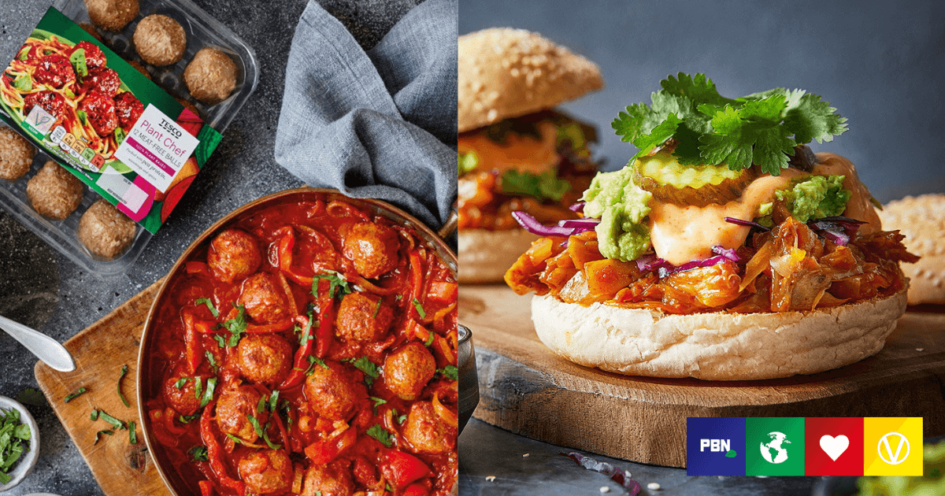 Tesco – the largest supermarket chain in the UK – has lowered the prices of dozens of vegan products in its Plant Chef range. It’s an effort to encourage shoppers to eat more sustainably.

Tesco first introduced Plant Chef in 2019, increasing its plant-based offerings from 32 to 300 at the time.

Now, the supermarket giant – which operates thousands of stores around the country – is ‘making it easier for you to swap every now and then’ to vegan eating.

“Good for your pocket, even better for the planet. #EveryLittleHelps,” Tesco wrote on Twitter.

The price cuts could have a far-reaching impact, given that cost is a main obstacle to many people wanting to ditch animal products. Studies from Mintel and UBS have identified price as the second-highest barrier to eating plant-based, behind perceived taste.

Derek Sarno is Director of Plant Based Innovation and Executive Chef at Tesco. In a statement sent to PBN, he said: “The nation’s attitudes towards plant based eating is changing. In fact, 43 percent of meat eaters have reduced their consumption over the past two years.

“There is definitely more work to be done when it comes to raising awareness of the benefits of incorporating more plant based meals into our diets.”

“There’s a misconception amongst many that plant based options aren’t going to taste as good. That just isn’t the case! We are making amazing and delicious products that not only taste great, they have a positive impact on the planet,” the chef said.

“The reaction we got from customers was fantastic and it encourages others to give it a go so you don’t have to rely on my word for it.  It is as easy as swapping meat-based meals for a plant-based alternative once a day or even once a week to start, it all has a positive impact on the planet.”

Here Are The Vegan Biscuits You Can Find At Tesco