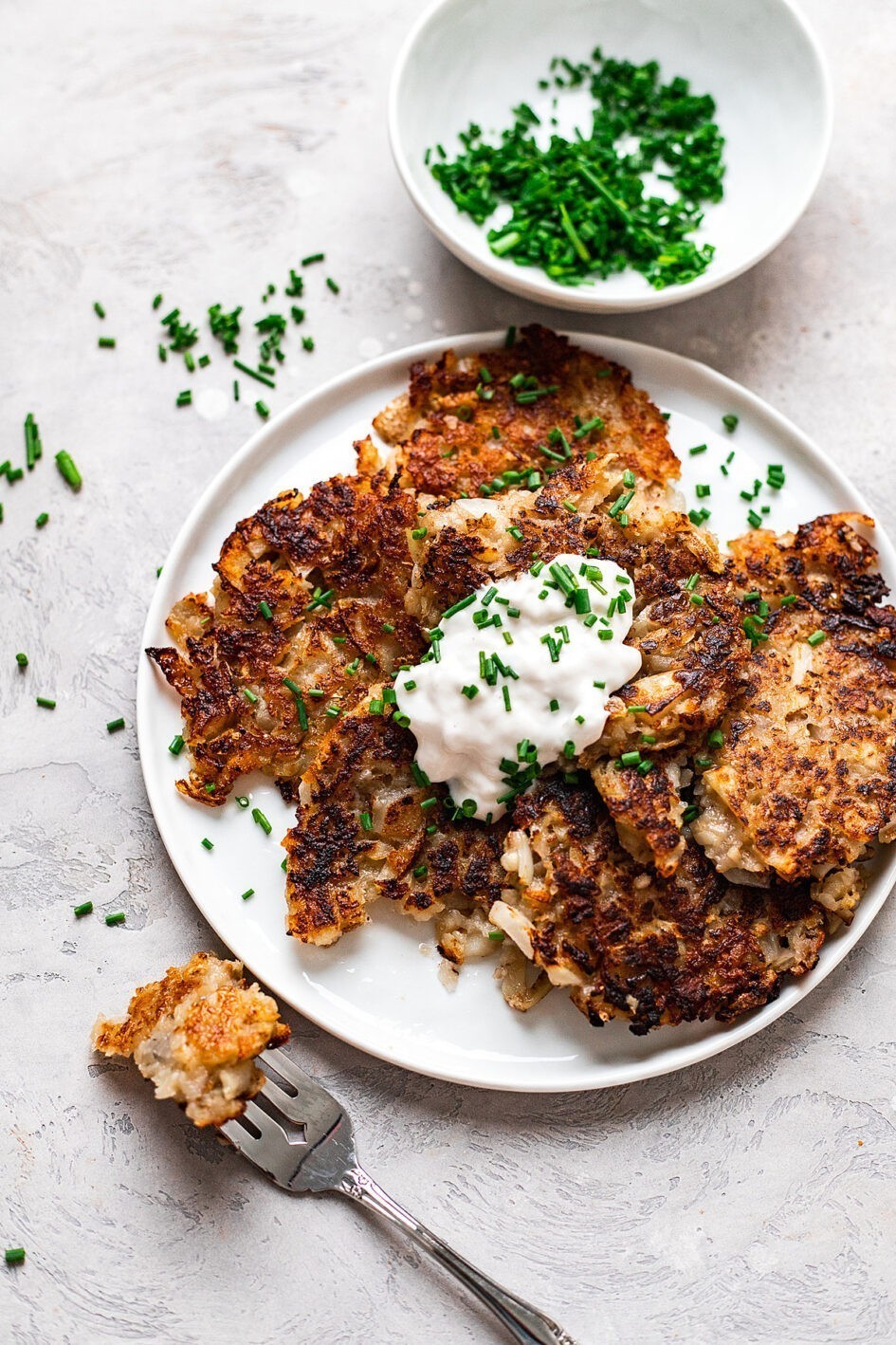 Behind every holiday dish are a lifetime of family memories. This potato latke is both traditional and updated to be vegan, so you won’t use eggs, dairy, or dairy but you will keep all the taste This latke is both vegan and gluten-free and create new holiday traditions this Hanukkah.

For starters, all latkes look a tad different based on cooking methods: Some families prefer a flat, crunchy latke and others prefer a puffier latke – “heavier on the potatoes, please.”

In this recipe, our recipe developer, Britt Berlin, aka @the_bananadiaries,  perfected the crispier approach to a latke with fewer potatoes and longer frying time, however, if you want a cakier latke, add more potatoes, turn down the burners, and babysit the stove to take your latke off heat when the outside starts to crisp up.

The vegan version of this classic recipe calls for coconut oil for frying, unsweetened apple sauce instead of eggs, and vegan sour cream for the perfect dairy-free dip.