The Best Veggie Wing Recipes for Game Day (or Any Day) 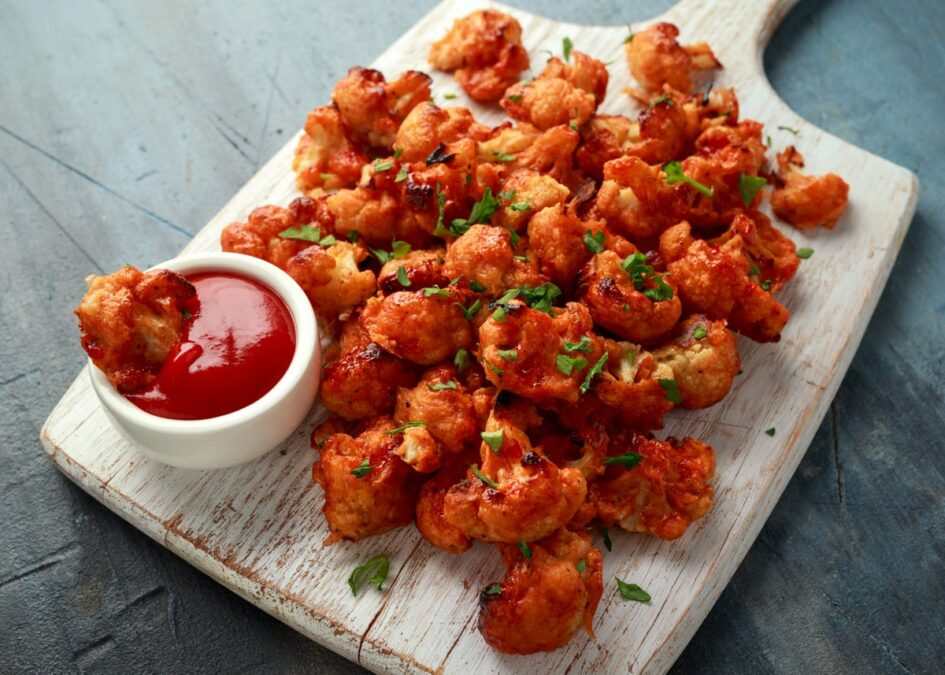 Football isn’t exactly my thing. Think of the land use and funding for stadiums, the injuries to players, the handling of abuse allegations, the treatment of cheerleaders, the politics. And I grew up in Washington, DC, cringing at the local NFL team’s name. There are essentially two things I like about American football: Super Bowl half-time shows (primarily when they feature Beyoncé or Bad Bunny, absolutely not when they feature Maroon 5, don’t at me) and the eating of Buffalo veggie wings.

Maybe you, like me, are the buzzkill of the Big Game party – or maybe you enjoy watching folks toss the football about. And if you do, that’s great! Love that you enjoy things! Either way, it is veggie wings season and the recipes we’ve gathered below are the ones you’ll want to bring out every Sunday for the rest of the season.

A bit of trivia you can drop at the gathering: Footballs themselves, sometimes referred to as “pigskin” aren’t actually made of pig skin – but they are made of leather. We’ve added “make the balls out of vegan leather” to our list of requests for the president of football.

P.S. A little nudge of inspiration for this round up came from the latest issue of The Cookout, a new newsletter about Black culture and food well worth inviting to your inbox (note: not veg-specific).

Crispy Baked Buffalo Tofu Wings – The Curious Chickpea  These little sticks look very tasty and full of fun texture, but are baked not fried. The creator notes they’re also great tossed on a salad, which we’ll note in the unlikely event we have leftovers.

Vegan & Gluten-Free Cauliflower Hot Wings – Vegan Haven You cannot have a veggie wing round-up without at least one cauliflower wing. That is the law. Elsewhere on their site, Vegan Haven also has a broccoli wing variant and a vegan ranch for dipping.

Vegan Buffalo Wings – The Edgy Veg These alluring, bright-orange nuggets come from a recipe developer who spent years crafting a vegan Buffalo offering that uncannily matched – maybe even improves upon – the chicken original. They even suggest adding sugar cane or popsicle sticks if you want the hand-held experience.

Seitan Hot Veggie Wings – Vegetarian Times Pulled from the VT archives, this recipe starts by giving the seitan bites a bath in a vegan mayonnaise-maple marinade that adds moisture and sweetness before adding a crispy coating.

Vegan Jerk Chickpea Wings with Sweet Mango Dip – Rabbit and Wolves From one of our favorite food blogs, this recipe is sweet, sticky, and crispy with a kick of spice. So basically all the things.