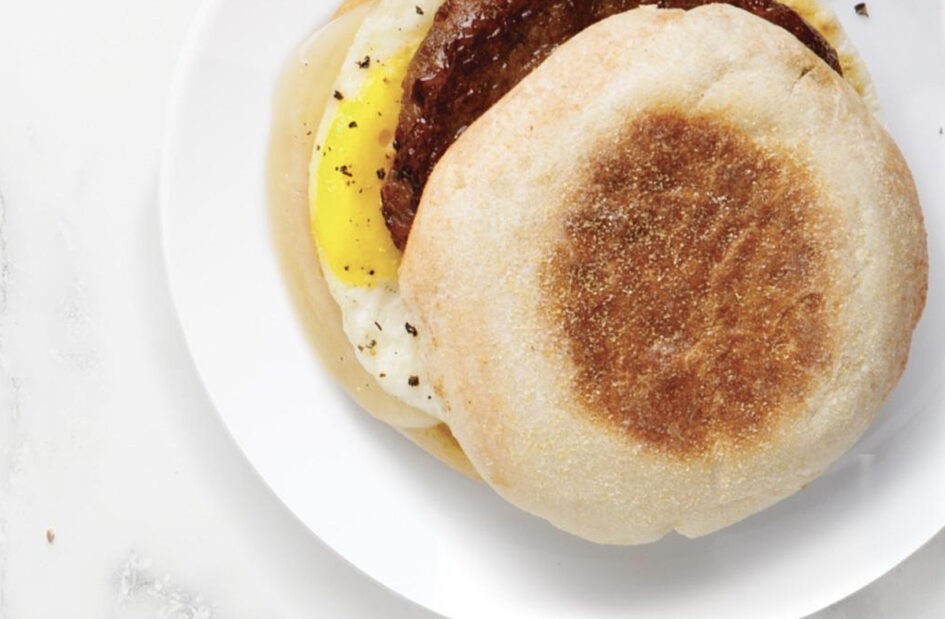 Los Angeles-based chain The Coffee Bean & Tea Leaf just announced it will introduce its first vegan meat option to 122 locations across California. The new breakfast sandwich will feature Beyond Meat’s vegan sausage patties, marking the first time the company has partnered with a plant-based protein company. The Beyond Breakfast Sausage Sandwich will include a vegan sausage patty with both dairy-based cheese and a chicken egg. Since the sandwich is not made to order, customers will not be able to modify it into a vegan item. Following its successful trial period at San Diego locations, the coffee and breakfast chain announced its statewide debut on August 25.

“As two SoCal-based companies, we’re excited to partner to bring our fans a delicious and convenient breakfast option made with plant-based sausage,” Beyond Meat’s Vice President of Food Service North America Tim Smith said. “Following the successful test in San Diego, we’re proud that Coffee Bean & Tea Leaf is expanding the Beyond Breakfast Sausage Sandwich to stores across California so that it’s easier than ever for consumers on the go to enjoy the nutritional and environmental benefits of plant-based protein.”

The Coffee Bean & Tea Leaf may have just introduced its first vegan meat, but the company’s drink menu is highly accessible for plant-based customers. Over recent years, the west coast coffee giant added several plant-based milks to its coffee menu including Oatly! Barista Edition Oatmilk, Califia Farms Almondmilk, Silk Soymilk, and Pacific Foods Coconut Plant-Based Beverage. The four vegan milk products can be added to most of the specialty drinks on the menu. The coffee company aims to continue its plant-based expansion, dedicating itself to provide more menu options for plant-based consumers.

“Our mission is to continue to drive innovation and to provide our guests with flavors and food items that they crave, enjoy, and that spark joy,” Senior Director of Product Innovation at The Coffee Bean & Tea Leaf brand Nurit Raich said. “We are excited to provide our guests with the Beyond Breakfast Sausage Sandwich that is made with delicious plant-based sausage as a way for them to easily enjoy plant-based meat without sacrificing on taste, and to bring back the indulgent Cookie Butter beverages by popular demand and other fall nostalgic flavors.”

The coffee company’s new breakfast sandwich joins a growing number of meat-less sandwiches on the national market. Dunkin’ debuted its first Beyond Meat breakfast sandwich in 2019, becoming one of the first national chains to partner with the California-based tech company. The Beyond Sausage Sandwich could be made vegan if customers asked the restaurant to remove the dairy and egg from the sandwich.

Earlier this year, smoothie chain Jamba introduced an Impossible Handwich, made from Impossible Foods’ new plant-based sausage patty. The smoothie giant rolled out the meat-less sandwich at 725 locations nationwide, making a vegan option available with the removal of the dairy cheese.

Impossible Foods is rapidly expanding its plant-based pork sector, introducing the sausage patties to both Jamba as well as coffee giant Starbucks. The vegan tech company just announced earlier this month that it would be bringing its Impossible Sausage to nearly 13,000 retailers nationwide. With plant-based pork rising in popularity, companies including Impossible Foods and Beyond Meat are rushing to introduce their plant-based products to consumers through both retailers and now national food chains.