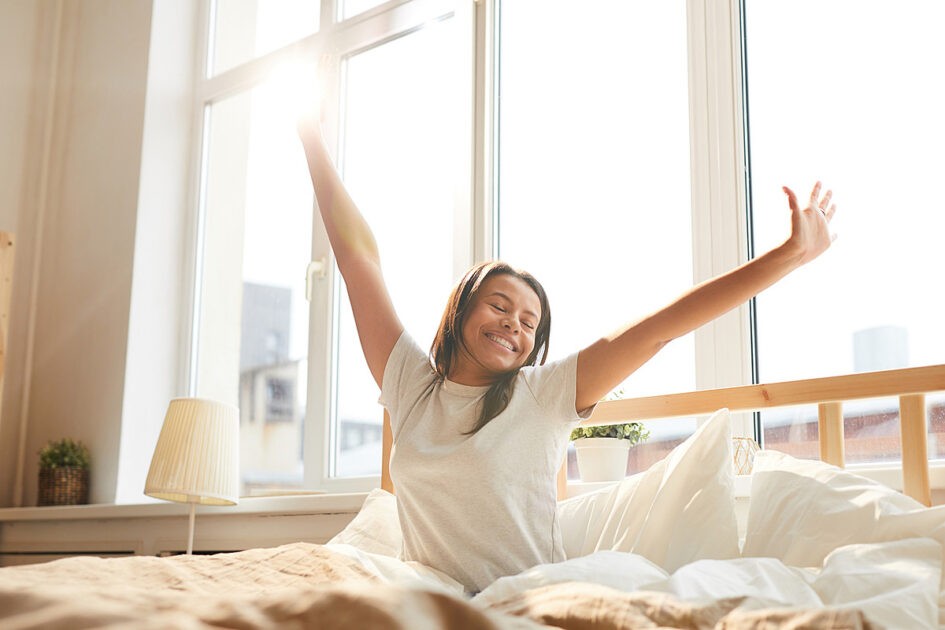 When you don’t get a good night’s sleep, chances are the next day you eat junk. But it may be that you didn’t get a good night’s sleep because you ate junk. A new study out of Finland links the quality of your sleep with your diet and alcohol consumption. Specifically, eating badly and drinking (often due to stress) can rob you of the restful sleep cycle your body needs. So don’t blame poor diet on sleep. Blame poor sleep on a terrible diet.

It’s long been known that lack of sleep can drive up the release of the hormone called ghrelin, which is known to promote hunger the next day. And studies have found that alcohol can disrupt and shorten your REM sleep. But now it appears that a junk-food diet and alcohol can both hurt your sleep cycles, and people who eat the most fiber-filled foods, which are plant-based foods full of vegetables, fruit, whole grains, nuts, and seeds, also sleep better.

Want to sleep better and wake up rested? Change your diet

For anyone suffering from lagging energy and who finds themselves reaching for all the wrong foods to bolster themselves up during the day, the key is to try and get more restful sleep, which is where diet and alcohol can play a role, this study found.

Sleep-time recovery, where your body slips into a healthy deep sleep and conducts all the important repair work and restorative functions, is now linked to eating a healthy diet and consuming less alcohol, according to a new study from the University of Finland. The researchers measured the physical and mental well-being of overweight adults and found a direct link between sleep and diet.

The new study measured the sleep quality of 252 stressed individuals who were overweight, living in three different cities. By monitoring their sleep-time heart rate on three consecutive nights the researchers found that the subjects’ parasympathetic nervous system – which plays a key role in recovery – was not able to activate long enough during sleep time, meaning the subjects woke up not feeling rested.

For restful sleep, take note of what you’re eating and why

The study participants’ eating behaviour was also measured using questionnaires, and their daily diet quality and alcohol consumption was quantified over a 48-hour period. The goal was to see which subjects were eating according to hunger and satiety cues or due to other stressors. The data was collected as a baseline starting point before a lifestyle intervention.

Higher sleep-time parasympathetic activity, which corresponds to better physiological recovery, was found among those who ate a healthier diet quality and consumed less alcohol.

There was no “causality” found, however, so it was unclear whether eating better led to sleeping better and more self-control or the other way around: Self-control leads to eating healthier and better sleep.

There’s a connection between the quality of your sleep, the health of your diet, and the amount of alcohol you drink, a study from Finland found. To be your all-around healthiest, eat plant-based foods, drink less, and you may find that your sleep quality improves.

Report: Sleep is a Biological Necessity. How Many Hours Do You Need?