The Importance of Vegan Connections 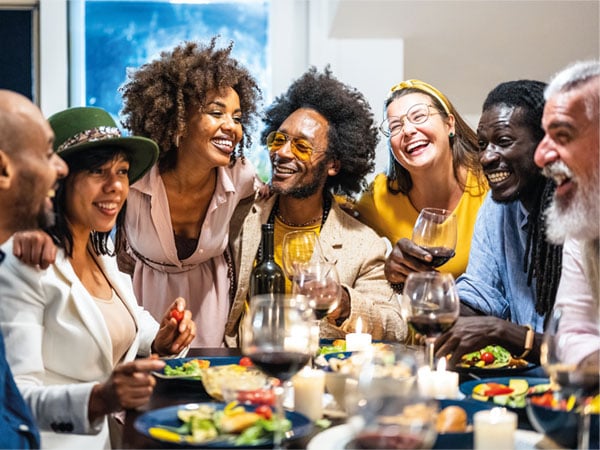 I was chatting with my buddy Jake Yapp a few days ago (a hilarious columnist in this very magazine) and we got talking about how vegans can feel alone in a non-vegan world. Jake and I both agreed that it’s important to make vegan friends when so much of the world we live in is designed to appeal to non-vegans.

Those moments in which we can surround ourselves with other compassionate people are opportunities to emotionally recharge and take time off explaining our veganism. We feel less alone when we socialise with people who understand us.

Of course, wanting vegan friends doesn’t mean having to lose your relationships with family members and old friends, however you might find yourself desiring connections with people who have a deeper understanding of why you decided to live vegan.

We all deserve to socialise without fear of hearing bacon jokes now and again, right? Humans are social creatures and enjoy being in groups with like minded people, so how do we go about creating these vegan connections?

For many years, I hosted an event called London Vegan Drinks, a space for vegans and friends to get together in a relaxed atmosphere and have fun. People came from all over the UK capital and further afield. It was a celebration within a vegan context where people got to know each other and make friendships.

That monthly event was quite a few years ago but coming out of a years-long pandemic made me want to create another regular event for vegans in my community. We have been meeting on the first Wednesday of each month at a central London pub for an event I have imaginatively called London Vegan Social.

Understand the importance of multivitamins and minerals with Cytoplan

What Is Marine Life And Its Importance? Facts & Statistics

The importance of taking a multivitamin