The McPlant Is Coming to 600 More McDonald’s. Here’s Where to Get It 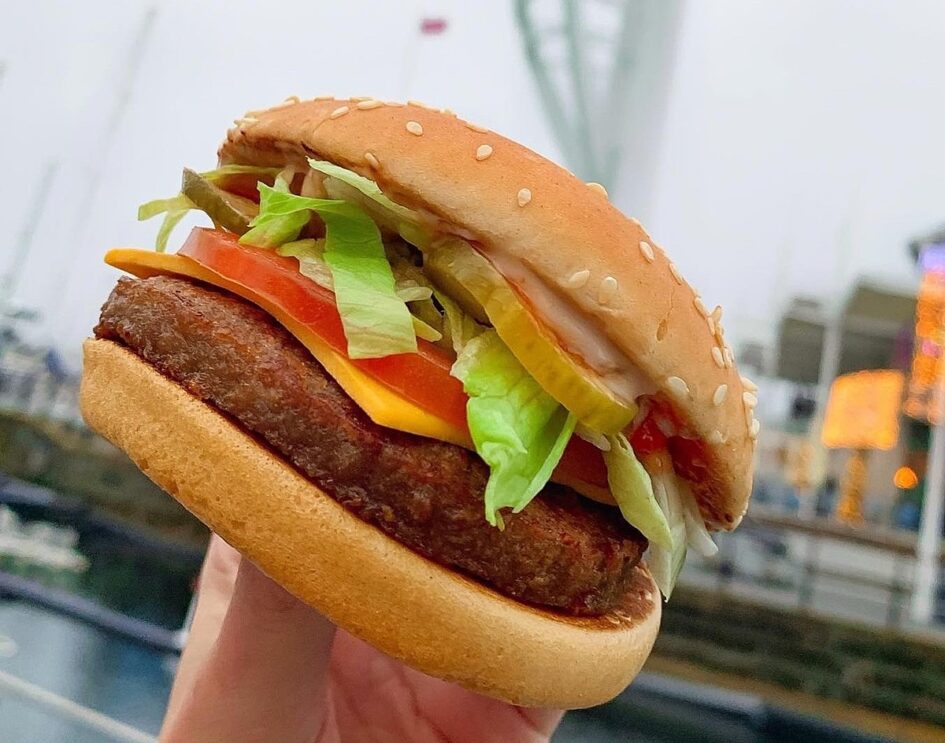 McDonald’s dropped the most buzzed-about plant-based menu item when it unveiled the McPlant, leaving customers drooling over the meatless burger. But for now, the exclusive release has people wondering, when can I try it? McDonald’s fans nationwide have been waiting patiently to try the new meatless McDonald’s burger, and following its successful trial period, the fast-food giant announced that the McPlant will be available at an additional 600 locations starting February 14.

Soon, the McPlant burger will be available across the Dallas-Fortworth and San Francisco Bay area, providing thousands of more consumers with the most anticipated plant-based burger yet. Currently, the burger is not quite vegan, but with a couple of substitutions, the dairy-based ingredients can be avoided, although note that there are still risks of cross-contamination during the cooking process.

The meatless burger features a Beyond Meat patty made from potatoes, rice, and peas, topped with tomato, lettuce, pickles, onions, ketchup, and mustard. The McPlant also comes with dairy-based American cheese and mayo, but customers can easily ask to remove the animal-based ingredients. While not dairy-free in the United States, the United Kingdom version features a plant-based cheese and mayo that could make its way stateside.

“After planting the seed with a small-scale McPlant  test in eight restaurants late last year,  McDonald’s USA is expanding the test to select restaurants in your area to help us understand customer demand,” the company said in a statement.

McDonald’s plant-based development signifies a monumental shift in the fast-food market as major players begin to realize the legitimacy of plant-based eating. A Nielson report found that 39 percent of Americans try to purchase meat and dairy alternatives whenever possible, attempting to incorporate plant-based foods into their diet. The figure is also growing at a remarkable rate. The vegan fast food market reflects this rising interest as it’s expected to reach $40 billion by 2028.

The McPlant expansion also highlights the fast-food giant’s dedication to its plant-based partnerships and research. By partnering with Beyond, McDonald’s intends to change the fast-food landscape while meeting the demands of a growing vegan and vegetarian consumer base. Ahead of the initial launch, the company claimed “It has the iconic taste of a McDonald’s burger because it is one.”

Sustainable Fast-Food with a Plant-Based Plan

While the fast-food chain primarily aims to monopolize on the growing plant-based population, the McPlant also helps meet its sustainability goals set late last year. The company announced in October 2021 that it intends to become a net-zero emission company by 2050, implementing a plant-based approach to meet its goals. The company partnered with the Science Based Targets initiative to lower its greenhouse emissions. By introducing meatless alternatives to its classic menu items, the company will work to curb its animal agriculture-related emission costs.

“We believe we have both a privilege and a responsibility to help lead on issues that matter most in communities – and there is no issue more urgent globally and of impact locally than protecting our planet for generations to come,” McDonald’s President and Chief Executive Officer Chris Kempczinski said. “By committing to net zero through the SBTi’s Business Ambition for 1.5°C campaign, we are helping every community we serve to mitigate the impacts of climate change and adapt for the future.”

The Beyond Meat Empire

For many flexitarians and non-vegan customers, plant-based meat can be the most appealing entry point for vegan food. A recent study found that plant-based meat is appearing on menus 1,320 percent more than before the pandemic, noting that nearly 10 percent of restaurants in the US now incorporate vegan meat into their menu. Beyond’s mission is to make that plant-based meat affordable and accessible nationwide.

Alongside its partnership with McDonald’s, the company has also teamed up with other fast-food giants including KFC and Taco Bell. Earlier this month, Beyond and KFC jointly launched the Beyond Chicken Tenders nationwide. This product launch is one of the largest plant-based fast food collaborations to date. Taco Bell is working to develop proprietary plant-based meat that will provide customers with a sustainable plant protein substitute, available on its entire menu. Currently, the company is exclusively serving its vegan meat at 100 locations.