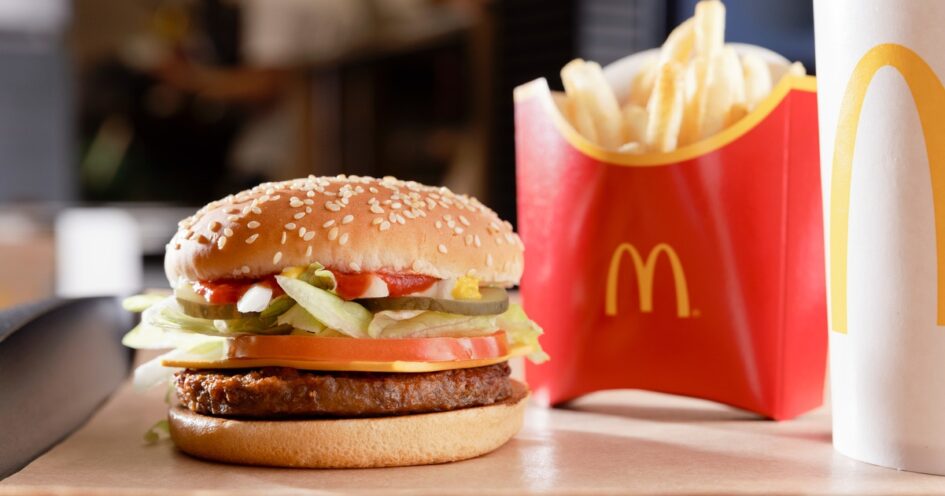 The meatless burgers feature a plant-based patty made from peas, potatoes, and rice that comes topped with tomato, lettuce, pickles, onions, mayonnaise, ketchup, mustard, and a slice of American cheese. Both the mayonnaise and cheese are not vegan and the burger’s patty is cooked on a shared surface with animal products. “This particular test will help us understand how offering a burger with a plant-based patty impacts the kitchens in our restaurants,” McDonald’s stated in November. “[The McPlant] has the iconic taste of a McDonald’s burger, because it is one.”

After a little more than one month on the menu, Wall Street analysts have speculated that a national launch may happen sooner than expected, due primarily to the McPlant hitting its sales targets of 70 burgers per day at each of the eight test locations. Analyst Michael Lavery, from investment banking company Piper Sandler, believes that a national rollout of the McPlant to McDonald’s more than 13,600 US restaurants can occur as early as the end of the first quarter of 2022. Analyst Peter Saleh, of global finances firm BTIG, is a bit more conservative with his prediction, stating that he expects the meatless burger to hit an additional 700 test locations by February or March 2022 before it rolls out nationwide sometime in 2023.

VegNews has reached out to Beyond Meat and McDonald’s for more details about the national launch of the McPlant across the US. 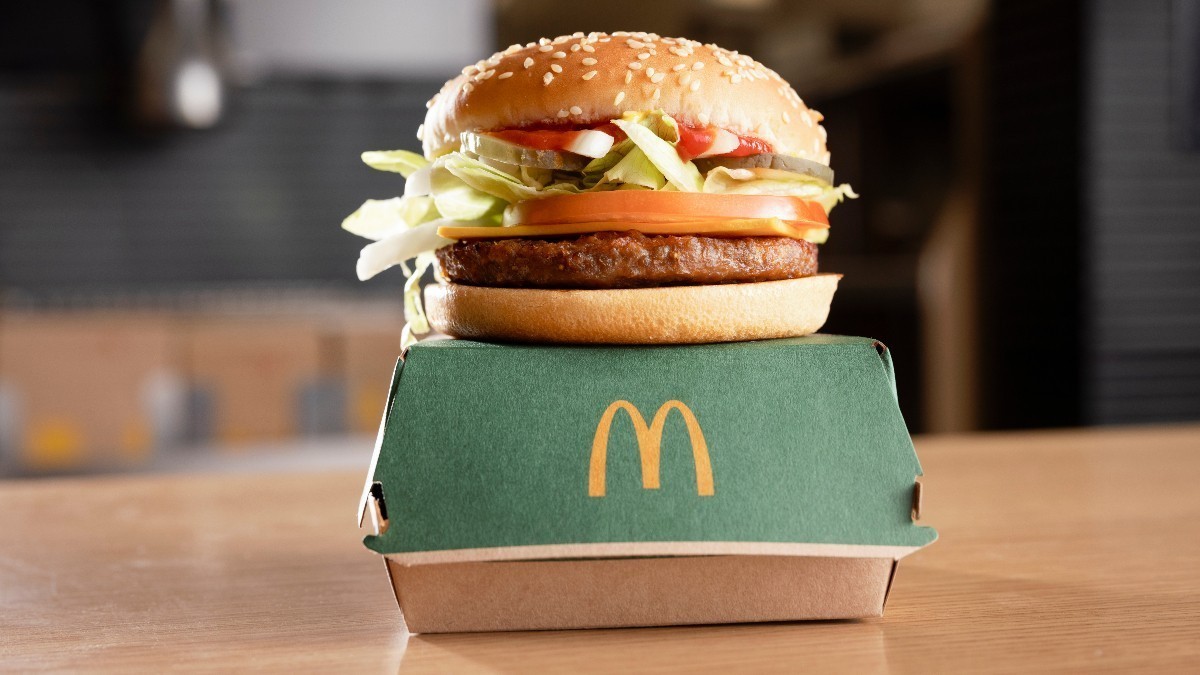 In 2019, McDonald’s tested the meatless P.L.T. (which stood for “Plant, Lettuce, and Tomato”) burger made with Beyond Meat’s Beyond Burger patty at 28 locations in Ontario, Canada. The test resulted in a three-year development deal between the vegan brand and fast-food giant to create the McPlant platform that will result in a global roll-out of region-specific plant-based items. While the partnership has thus far resulted in the launch of the McPlant burger, additional items—from plant-based chicken to breakfast options—are also in the works.

The McPlant burger made its debut earlier this year in several European countries, including in Sweden, Denmark, the Netherlands, and Austria. Last month, a fully vegan version of the McPlant—featuring vegan mayonnaise and cheese and cooked on a separate grill—landed at 250 locations across the United Kingdom with a full national rollout expected next year. In the UK and Ireland, McDonald’s aims to become a category leader in the plant-based space to help it become a net-zero business in the region by 2040 and globally by 2050. 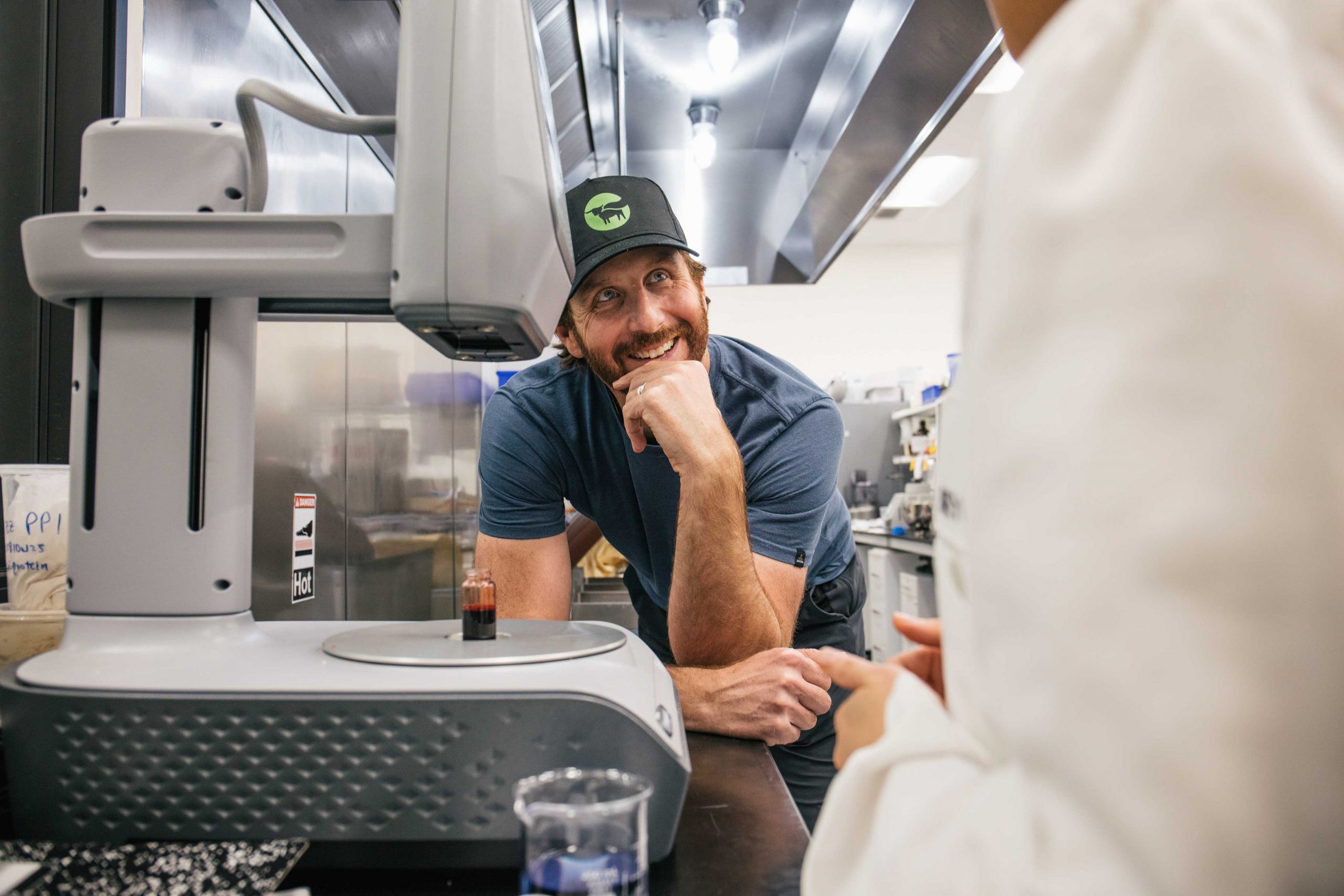 Beyond Meat meets its McDonald’s goal

In 2016, when Beyond Meat Founder and CEO Ethan Brown initially launched the Beyond Burger, the entrepreneur already had his sights set on McDonald’s. “I’ve set a goal for the company and for myself, and it is very personal to me,” Brown told Fortune that year. “By the time my kids are 16—they are 11 and 12 today—they should be able to walk into a McDonald’s or Burger King and be able to buy a Beyond Burger.” Brown’s children have now hit that age and his goal of them ordering a Beyond Burger at McDonald’s anywhere in the country might soon become a reality.

“We are proud to enter into this strategic global agreement with McDonald’s, an exciting milestone for Beyond Meat, and look forward to serving McDonald’s as they bring expanded choice to menus globally,” Brown told VegNews in November. “We will combine the power of Beyond Meat’s rapid and relentless approach to innovation with the strength of McDonald’s global brand to introduce craveable, new plant-based menu items that consumers will love.”

Earlier this month, Beyond Meat brought on board two new executives, Bernie Adcock and Doug Ramsey, each with decades of experience working for meat giant Tyson. Ramsey—who previously oversaw Tyson’s McDonald’s business—is now Beyond Meat’s COO and will help the company navigate its expansion plans with McDonald’s.