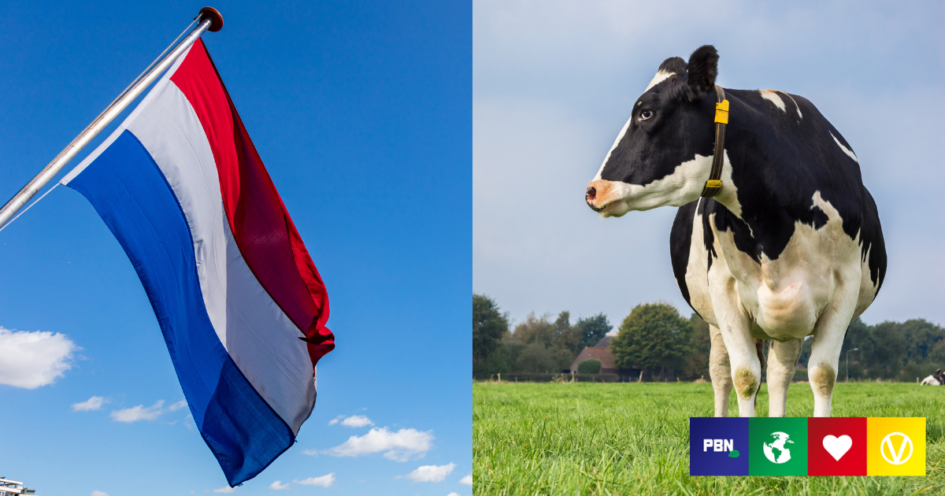 In new plans announced by The Netherlands’ government, farmed animals will be drastically reduced as part of a sizeable funding package.

The grand total of €25 billion (£21bn) will be put forward to try and limit nitrogen pollution as farmers across The Netherlands struggle with copious manure levels.

It comes as the country is dubbed to be in a “nitrogen crisis.”

Reducing farmed animals in The Netherlands

This week, the government confirmed plans to buy out farmers in a first of its kind deal, The Guardian reports.

Proposals have been in the works for months to force farmers to sell livestock.

This has caused major backlash resulting in protests as policymakers installed tighter regulations to grapple with the emissions problem.

Thousands of farmers kicked back with anger to the claims they were responsible for the issue.

“Everyone is blaming us for climate change but planes are worse than farmers and no-one is talking about them,” a dairy farmer told the BBC at the time.

What are nitrogen oxide emissions?

According to NASA, nitrogen accounts for almost 80 percent of the atmosphere. Despite this, too much of it can be damaging.

Excess levels, like The Netherlands, is witnessing, can reach water sources underground and in the ocean and cause algae blooms, which deplete oxygen in the water.

Dutch farmers maintain their passion for the environment, but the country’s animal agriculture system is widely understood to be overwhelming it.

Out of all countries in Europe, it holds the largest density of farmed animals in what The Guardian brands an “excess.” Further, the number of cows on farmlands has now surpassed 100 million.

The problem is caused when manure and urine from animals releases ammonia, which is a nitrogen compound.

The detailed plans involve paying off farmers to either relocate or abandon the industry altogether. It also includes plans to help those who stay transform the way they farm, in a move away from industrial practices.

It will commence as a voluntary program, but the government may be forced to make it mandatory if emissions levels do not reduce.

The country is under increasing pressure to meet its climate targets. And, while some farmers accept they have to adapt, others are in a crisis themselves with many locked in debt.

“It’s time to restore nature, climate, and air, and in some areas that may mean there is no more place for intensive farmers there,” MP Tjeerd de Groot told The Guardian.

Going Plant-Based Can Help Slash Emissions By Up To 92%, Glasgow Billboards Urge

Iceland To Slash Prices Of Vegan Products For Students