The old ones are the best 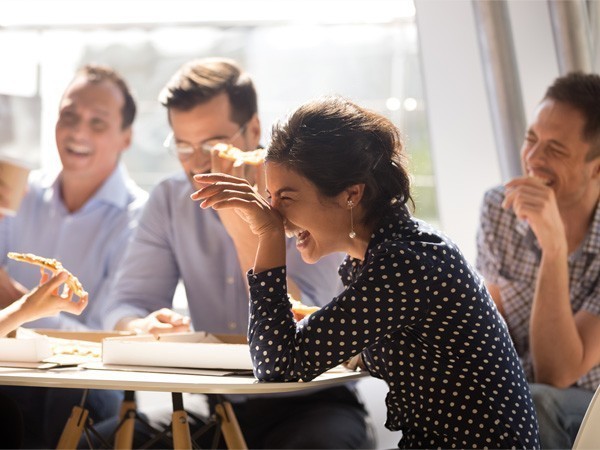 As a party of five (my parents were there, too) we had some hastily-muttered conversations between us: should we say something?

Maybe we could just not eat anything. Would we look weird? Would they be angry? Would they shoot and eat us, as grass-fed prime cuts of meat?

I decided to grasp the nettle, and walked into the kitchen, where our host was pulling a cheese-laden pizza from
the oven.

‘Erhaha I er have a confession to make…’

‘Um, you know that joke about how do you know if someone’s vegan…? We er… We forgot to tell you.’

They were very nice about it. And fortunately, had invited another neighbour, who made a significant dent in the food. They’d clocked us as vegetarians, but hadn’t twigged we were vegan.

I managed to shut down the inevitable debate, perhaps a little forcefully, when one of our hosts offered his Hot Take on Veganism:

‘Right. My thing with veganism, yeah, is this. Why would you choose, right, not to experience everything?’

‘Well,’ I said, ‘I’ve never experienced strangling a hiker, but I don’t really feel like it’s the best idea…’
He er. He piped down after that.

I do sometimes find it a bit debasing to be all apologetic for my veganism. But I’ve always maintained that a charm offensive is the best way to get the non-vegans onside. You know. A bit of appreciation of the awkwardness of it. A smile and a joke or two. Just remember: the old ones are the best.

*This was modified by the brilliant Kate Emmett of the (vegan) Jesmond Cake Company, who drily observed ‘How do you know if someone knows a joke about vegans? Wait five minutes and they’ll tell you’.