The vegan case against ‘plant-based’ 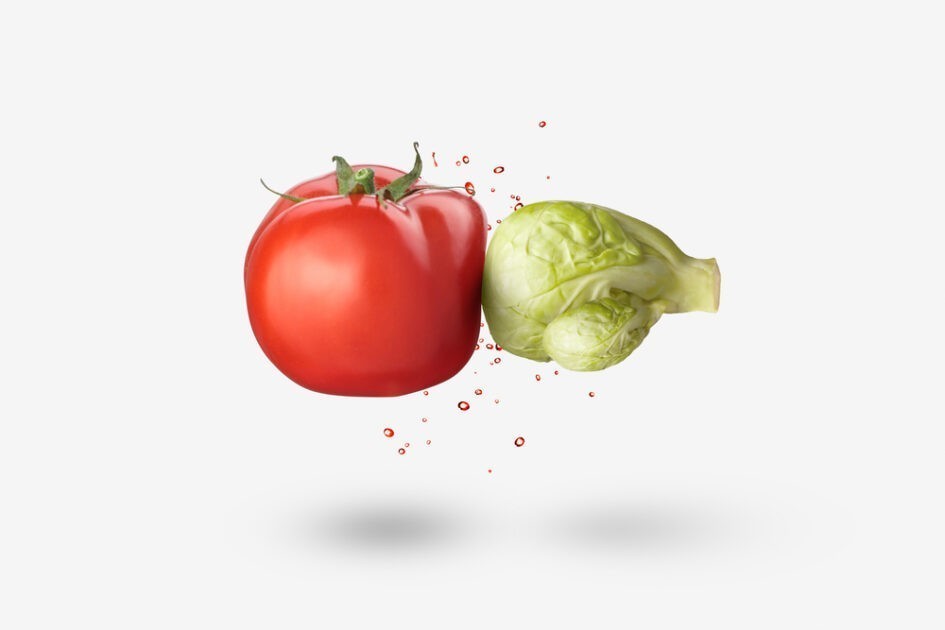 Is there a battle between veganism and plant-based-ism? If so, Jordi Casamitjana, author of Ethical Vegan, presents his case for the vegan side.

I am a vegan, and I have been one for almost 20 years now.

I have met many people in my life who also define themselves as vegans, but yet, when I look at what they do, their behaviour doesn’t seem entirely compatible with mine. For instance, they may willingly visit a zoo while wearing leather shoes and smoking a cigarette tested on dogs.

I am not alone. Like me, many vegans ended up adding adjectives, suffixes and qualifiers to their vegan identity’s badge to separate themselves from all the other vegans who seem to belong to another “tribe”.

Read our story on the different types of vegans.

The problem with ‘plant-based’ The term “dietary vegan” is the subject of controversy within veganism. Many vegans would not accept it, saying the word “vegan” should not be used to describe dietary vegans, They say only “ethical vegans” are true vegans as they are the only ones who fully follow the definition of veganism by The Vegan Society (which created the term in 1944).

In turn, some dietary vegans do not like the term either, saying they don’t feel closely associated with the vegan identity, and they simply avoid animal ingredients in their food for health reasons, rather than because of following any particular philosophy or social movement.

Both critics of the term dietary vegan have their preferred alternative term: “plant-based”. But, to be honest, I don’t like it. I know that whether I like it or not is irrelevant, and if people want to use it, it is up to them, but let me explain my reasoning, and why I hope the term will eventually fall into disuse.

Firstly, I find the term incomplete. Those who eat a vegan diet don’t only eat plants. They also eat fungi (mushrooms), algae (seaweed) and bacteria (probiotics), which are neither animals nor plants.

Secondly, I found it unhelpful, as it’s awkward to use and “based” doesn’t mean “exclusively”.  For instance, you could argue that a typical burger meal from a classic chain is “plant-based” as most of its ingredients come from plants (bread, lettuce, cucumber, potatoes, tomatoes, etc.).

I don’t have anything against plant-based people, though. On the contrary, because they eat like vegans, they have a lower blood and carbon footprint than carnists, pescatarians, reducetarians, flexitarians and vegetarians. And we have to thank them for having been instrumental in popularising meals vegans can finally eat in restaurants all over the world.

What I don’t quite like is the plant-based adjective used to describe them — and the “soft” identity associated with it. Why should those who only follow part of a definition of a term that defines a clear identity deserve a term (and implied separate identity) of their own? Which word do we use to define a post-person who only delivers postcards? Or a pacifist who is only against naval wars?

If people fall short of a definition, we express this deficiency in the term we use to describe them, without giving them a separate identity. For instance, we say half-brother, semi-professional, paralegal, etc. In this regard, I would say the term “half-vegans” would be more appropriate for dietary vegans. This could incentivise them towards becoming fully vegan in the end.

I know people can choose whatever identity they want, but I prefer seeing plant-based people as awakening pre-vegans, rather than vegetarians stagnated in a new hedonistic selfdom.

Is plant-based-ism a social movement? I don’t think those who define themselves as plant-based form any cohesive social movement (it’s a relatively new label and there isn’t even a Plant-Based Society). However, I believe they are having a disruptive effect on the truly transformative movement veganism represents. I can see far too many organisations gradually dropping the word “vegan” in their communications and replacing it with “plant-based”, losing the opportunity to talk about the essential philosophy of “doing no harm” to others.

According to Faunalytics, a 2014 study showed that a high percentage of people on a plant-based diet will abandon it after some time. One can argue that this is because they have not associated it yet with a well-established and long-lasting philosophical belief (which is what ethical veganism provides).

Removing “plant-based” people from the vegan family also reduces the percentage of recorded vegans in a population, and we need higher percentages to gain political influence and begin developing policies that will eventually lead us to the vegan world.

Why we should embrace the term ‘vegan’ For me, the simple division of “vegans” between dietary and ethical does the job, as I prefer terms that unify rather than divide, and concepts that are more inclusive (with appropriate adjectives added for precision, as in the case of “abstinent’, “intersectional”, etc.).

I rather see dietary vegans joining us in an extended fertile vegan family than see them moving away to the sterile plant-based space. In there, they will be encouraged not to commit to any philosophy or campaign to help others in need, and just keep looking at themselves and their reflection in their portable devices.

I hope vegan organisations that, seduced by ideological pragmatism, are gradually replacing the word “vegan” for “plant-based”, would reconsider. Because although they may be attracting more “blood money” from carnist donors, they may be moving us away from our desired vegan world.

I have seen encouraging news, though. Matthew Glover, the co-founder of Veganuary, was recently interviewed in an article titled “Vegan Chicken Brand VFC: Why We Banned The Term ‘Plant-Based’ In Our Marketing”. He said: “We’re activists first and food producers second. ‘Plant-based’ doesn’t cover how we feel or what we want to achieve as a company. The word ‘vegan’ accurately reflects that promise we made to do all we can to rid the world of factory farms and spare the lives of birds.”

There is a strong case for promoting the word “vegan” within veganism: as a simple, clear and inclusive term that encourages more people to join us — even those taking it slowly. Rather than incomplete, unhelpful and unnecessary terms, which may induce exodus and ivory-towering.

If we vegans do not defend it, nobody else will.