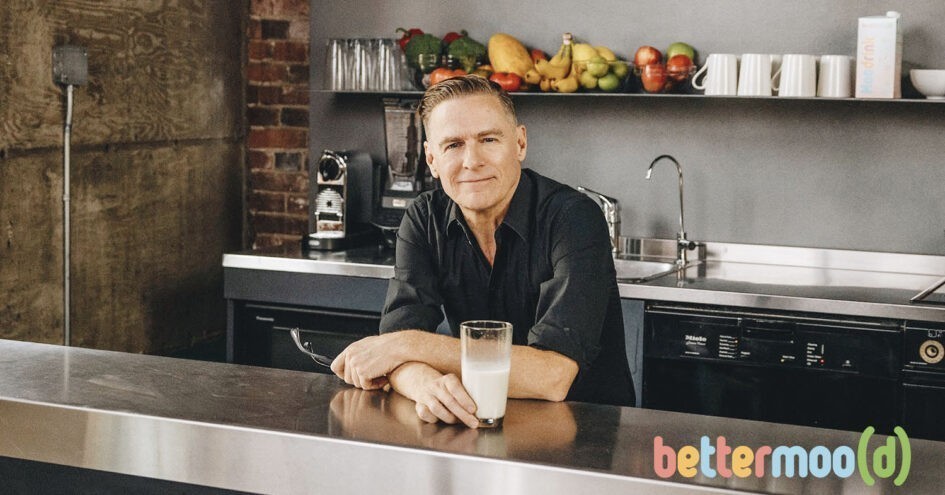 Bryan Adams is betting on oat milk. The Canadian musician is a founding shareholder of a new plant-based dairy startup, called bettermoo(d). Its first product—made with a special blend of herbs, similar to the kind eaten by pasture-raised cows—is expected to launch across Canada this winter.

Called Moodrink, the Vancouver-based brand’s first product is made from local organic oats and a proprietary blend of herbs, which give the dairy-free milk a decidedly dairy-like flavor and texture.

“When in development, bettermoo(d) set out to create dairy alternative products that could rival the flavor profile of the region with the best-tasting dairy in the world – the Alps region of Switzerland, France, and Austria,” says CEO Nima Bahari. “Through the company’s research and conversations with farmers in these countries, they concluded that what cows eat and where they live greatly influences the taste of the dairy products they produce.”

As a result, Moodrink is made with an undisclosed herbal blend similar to that eaten by cows in the Alps region. The brand won’t stop with just plain milk. It expects to launch the flavors vanilla, matcha, and chai soon, too. And from there, bettermoo(d) intends to expand into other categories in the plant-based dairy space, ranging from butter and yogurt to cheese and créme fraiche, all of which will include the proprietary blend of herbs.

“Fostering responsible eating habits, such as choosing plant-based dairy alternatives, is something that we can all do to help lessen animal cruelty and help our environment,” says Adams. “I’m excited to be invited to be a founding member of bettermoo(d) for those reasons.”

While almond milk still reigns supreme as consumers’ preferred plant-based milk, oat milk is the second most popular, according to the Good Food Insitute.

Grammy Award-winning musician Adams is far from the first famous face to lend support to a plant-based brand. Celebrity investors are the norm these days, and the fast-growing plant-based food space appears to be attracting their attention.